I’ve lived in the Shaw Neighborhood in St. Louis, Mo., for about 25 years as I’ve cycled through teaching and parish ministries.

Located in south St. Louis city, near the historic Missouri Botanical Garden and Tower Grove Park, the ’hood and street are dear to my heart. Shaw Neighborhood is a gracious tree-lined residential area that is culturally, economically and racially diverse.

On Oct. 8, VonDerrit Myers, who is African American, was shot and killed in the Shaw Neighborhood by a white off-duty St. Louis police officer, who was working security detail that evening for a private company employed by a residents’ association. His death and the subsequent protests eerily similar to the actions following the police shooting of Michael Brown in August in Ferguson, Mo., galvanized Shaw in unprecedented ways.

With the aftermath reaching beyond races, religions, economic statuses, addresses and cultures, and with outcomes transcending more than protesters and helicopters disturbing parts of the neighborhood, neighbors rallied to help Myers’ family.

Inside Shaw is my metaphor for the goodness and compassion within many residents. Inside Shaw reached out to respond to the needs of a grieving grandmother who needed help feeding the extended family who met at her house. Inside Shaw used social media and Nextdoor Shaw, the neighborhood list, vigorously and vocally to voice opinions, disagreements and ways to assist the family.

The owner of Mama Josephine’s, a small restaurant here, suggested a pot of ‘stone soup’ for the family, with anyone in Shaw who wanted to contribute ingredients to use her establishment to cook what grew into 20 gallons of delicious soup, more than enough for the family. When she offered the abundance to neighbors, I walked to Mama Josephine’s to taste what my small contribution had joined. The 20 gallons of leftovers fed the neighborhood, a feeding-of-the-multitude gospel event. When I carried my container home I remembered the early Christians who took viaticum to absent members of the community. Inside Shaw is compassion, care and concern, so much more than disturbance, dissent and disagreement. Inside Shaw has electric candles burning in the windows and porch lights on to light up Shaw with care and concern.

As the protests slogged through November, and as the region tensely awaited the grand jury verdict in the Michael Brown killing in Ferguson, I often prayed for “the dear neighbor,” a phrase dear to St. Maria De Mattias, the foundress of my religious community.

I am inspired and edified by Dear Neighbors reaching out to other dear neighbors. Tiffany Robertson, a resident of Shaw, started a prayer baton, encouraging the folks to get the baton and walk the blocks with other residents to pray for peace and then pass the baton on to another person. She and her husband have promised that every block in Shaw will have someone praying as they walk or do drive-by prayer. On a cold November evening, Diana, a neighbor from a nearby block, and I walked our blocks, praying and discussing – of all things – the Paschal Mystery playing itself out in Shaw and the entire region. We hope for new life for all dear neighbors. Inside Shaw wants peace, justice and equality for all dear neighbors.

Inside Shaw again reached out to flood the small family-owned restaurants and shops with a night out to eat, shop, and admire the artists who quickly painted the boarded-up windows. While the St. Louis metropolitan area is often smeared as violent, dangerous, and racist, Inside Shaw knows that our dear neighbors are good and generous people, not a collection of racists and thugs.

It’s been an #STLtogether sort of November and December.

[Sr. Regina Siegfried, ASC, 73, is a 54-year member of the Adorers of the Blood of Christ, an international community with U.S. regional offices in St. Louis. She teaches inter-community women novices at Aquinas Institute in St. Louis and coordinates RCIA at her urban parish, St. Vincent de Paul, where she is also one of the “sewing ladies” who mend backpacks and clothing of low-income and homeless guests who come to the parish for meals.]

Editor's note - A version of this story was published in The St. Louis Post-Dispatch. 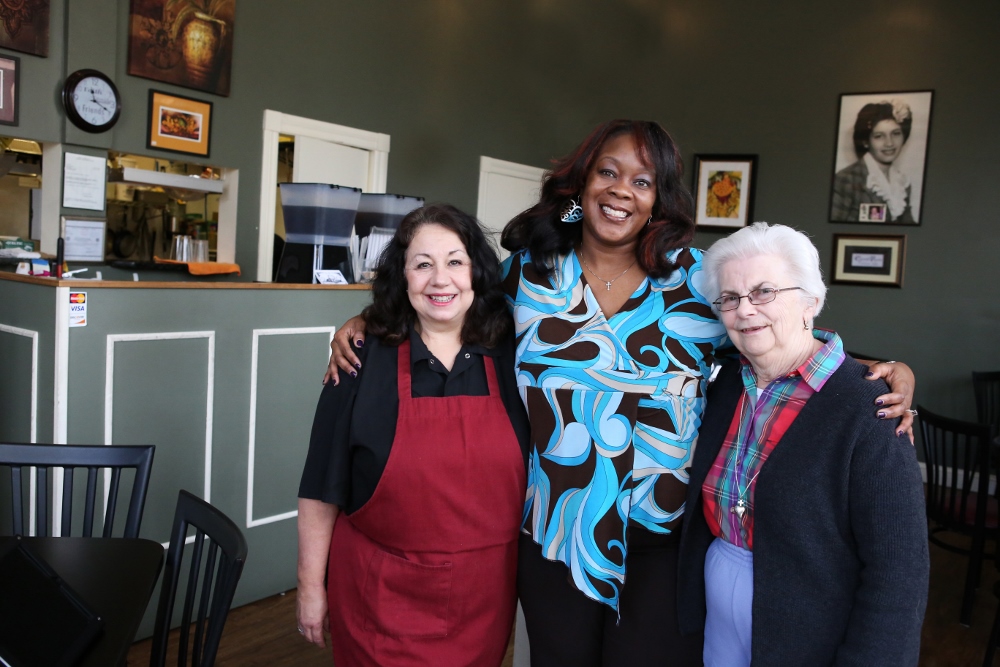 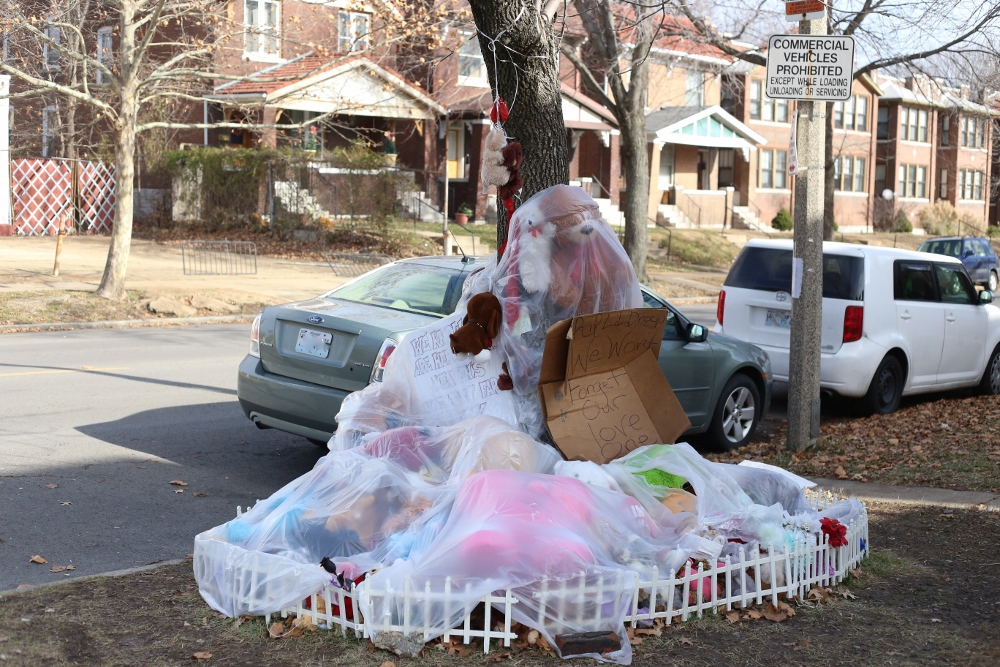