I was a stranger and you welcomed me 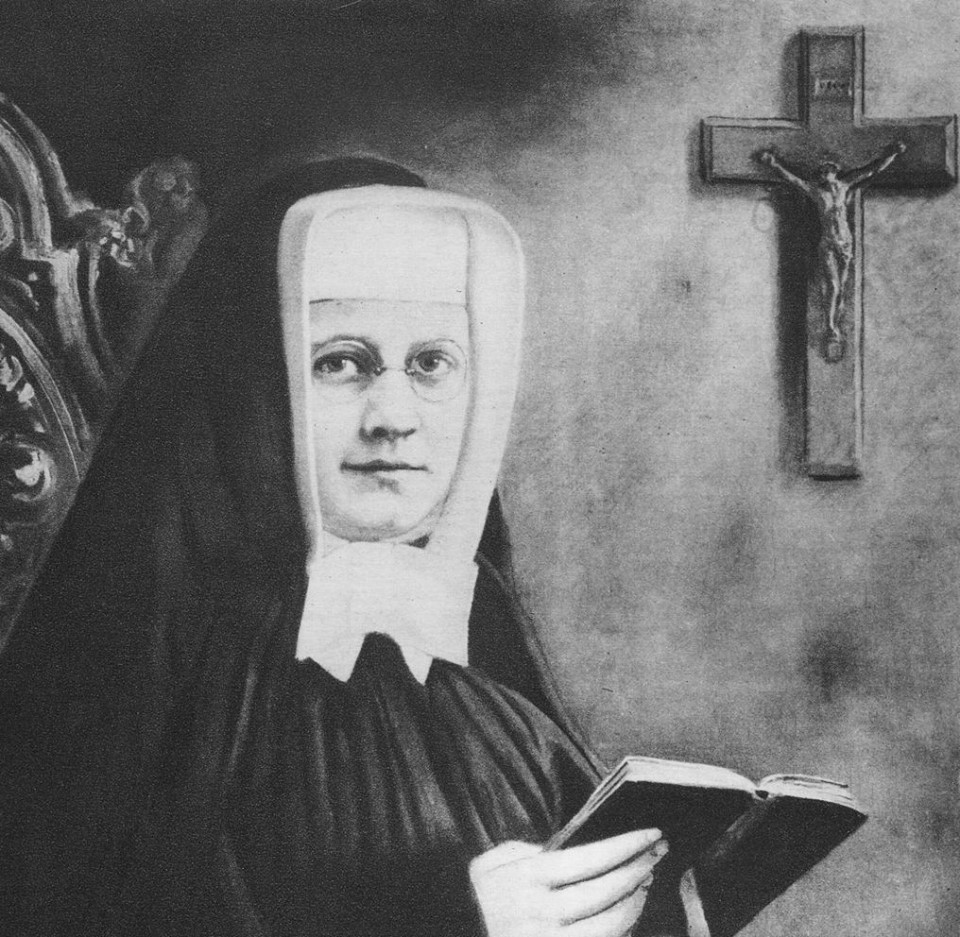 Recently I spent the night with the Sisters of Charity of St. Elizabeth at their convent in downtown Newark, N.J. They have offered me hospitality on several occasions when I have been coming or going to their retreat house, Stella Maris, on the Jersey shore some two hours away. Living just five minutes from the Newark airport, they are accustomed to visitors like me, in and out with barely time for conversation in the community room.

The night I arrived I was shown to my bedroom at the end of the second floor. As I pulled my suitcase into the old-style convent room, complete with tiny antique sink and medicine cabinet, Sr. Ellen remarked quietly, “A woman from Sudan is staying in the room across the hall.” Then as we walked back towards the community room she noted another closed bedroom door and said, “Oh, someone else must be visiting . . . .”

We greeted the group gathered in the living room of the house, with its array of standard-issue recliners oriented in the general direction of the television. One sister was working on her laptop, another reading on her tablet and a third was intermittently watching an episode of NCIS. The fourth sister was working with a woman attired in a bright orange and brown print wrap. She looked up shyly from her notebook as we entered the room. Ellen said, “I think you know everyone except Soraya* who is staying with us. She is from Sudan and she is studying English with Sr. Mary Walter.” By that time Mary had scooted to a straight backed chair and she motioned for Soraya to come with her notebook and pencil to where the light was better, vacating a recliner for me.

The conversation turned to the events of the previous weekend and the beatification of Sr. Miriam Teresa Demjanovich, the first beatification to occur in the continental United States. Born in Bayonne, N.J. she entered the Sisters of Charity after college and professed vows just a month before she died in 1927. Of Slovakian descent, Sr. Miriam Teresa was from the Ruthenian-Byzantine rite, and after the Roman Catholic liturgy of beatification on Saturday, a Mass of thanksgiving was celebrated on Sunday at St. John the Baptist, her childhood parish. Several of the sisters had attended, and they commented on the general familiarity of the liturgy but the interesting differences, but mostly the spirit of welcome and celebration they shared in the life of their sister, now Blessed Miriam Teresa.

Ellen inquired about the additional house guest. The others reminded her of the call she had received a few days earlier from a sister from another congregation in Florida. She was flying in for the wake and funeral of Fr. Benedict Groeschel, founder of the Franciscan Friars of the Renewal. One of their sisters had suggested that she call the Newark convent for hospitality.

No wonder Ellen didn’t remember. That was many days and several guests ago.

My flight was scheduled for early morning, so I said my good-nights and good-byes to the sisters and expressed my gratitude for the overnight accommodations.

“You’re always welcome! Have a good trip, and we look forward to seeing you the next time you’re passing through.”

Ellen and I agreed upon the early departure rendezvous and I was off to bed, all the while reflecting on the ease with which these religious women welcome the stranger into their home.

In the early morning darkness as we loaded my things in the car I asked Ellen about Soraya and how they had made a connection with her. Like many congregations of women religious, the Sisters of Charity of St. Elizabeth had made a public statement in support of immigration reform many years ago.

“We wanted to make it more than just words, so when the organization First Friends was looking for places to offer hospitality to women awaiting rulings on their asylum petitions we decided that was something we could do.”

Soraya was a teacher and human rights activist in Sudan. Three of her siblings had been killed. After she gave a presentation at the United Nations, she began receiving death threats. She sought asylum in the U.S., leaving seven children in the care of her sister.

“Sometimes she is so distraught because she’s never sure exactly where they are. Sometimes they don’t have food to eat.”

She has lived with the sisters since August and hopes, when her English improves, to be able to get a job in the housekeeping department of a hotel or hospital.

I couldn’t get Soraya and the sisters out of my mind as I awaited my flight. The sun was just rising as the plane took off from Newark to the east, and I caught just a glimpse of the Statue of Liberty, backlit by its rays. I thought of all that it signifies and the beautiful poem inscribed at its base: “Give me your tired, your poor, your huddled masses yearning to breathe free . . . .”

A lament arose within me as I considered our government’s inaction on immigration reform and the violent conflicts displacing people around the globe from their homes and families. How very difficult is the life of the refugee! Immediately another thought brought me consolation. One woman has found a safe harbor and a place of welcome with the Sisters of Charity of St. Elizabeth. They are living up to their name every day. They, too, are as blessed as their recently beatified Sr. Miriam Teresa. “Come, you blessed by my Father, for I was a stranger and you welcomed me . . . .”

*not her actual name

I was a stranger and you welcomed me