As the sun set on the last day of April, the season of Passover ended. The cry of "Let my people go" resounded in the hearts of the 1,250 women and children (minors under 18 years of age) seeking asylum who are held in the South Texas Family Residential Center (STFRC) in Dilley, Texas. Fourteen percent of this population is made up of babies under 18 months of age! Can you imagine fleeing your home country with babies across the vast expanse of Mexico to get to the southern border of the USA?

Two years ago, when a surge of migrants occurred, the Obama administration declared a policy of detention as deterrence. Non-criminal moms, dads and kids fleeing violence and persecution in their home countries are treated like criminals and locked up in jails. If parents come with children, the father is separated from the mother and children. The former go to immigration detention centers, the moms and kids under 18 go to Family Residential Centers in Berks County, Pennsylvania, or to Karnes or Dilley, Texas. These centers are run by private prison corporations — CCA Corrections Corporation of America and The GEO Group — which post giant earnings for their work at the cost of $350 per person per night to the U.S. taxpayers.

As I traveled from San Antonio  about 80 miles southwest to Dilley, Texas, on April 24, 2016, the line from the Book of Revelation in the Scripture of the day, "Every tear shall be wiped away" was my hope and my prayer.

The urban landscape of San Antonio faded to fewer buildings and trees, and then to low scrub brush. This was oil country and now fracking country. Rigs and red dust are plentiful. The area was surprisingly green with yellow blossoms on the cacti and fields of yellow flowers — new life in the desert. This was my third trip to the South Texas residential center since June 2015.

In my more than 30 years of immigration law practice in Chicago, I never handled an asylum case. Most of my work was with Spanish speakers from Mexico, not from Central America. I kept thinking of reasons why not to volunteer. "Not me, God; send someone else." Sound familiar?

Once I got OTG (on the ground) for the first time during the last week of June 2015, my heart was engaged, and with the support of the CARA Pro Bono Project staff and volunteers I swung into action. The women were so young and so strong: the 20-year-old mom with her three-year-old son; the mom with her teenage children who fled the gangs. Our mission was to empower the women to tell their story of past persecution and/or fear of future persecution to the asylum officer or to the immigration judge as the first step in getting into the asylum process and out of detention. Family and friends of the migrants generously posted bonds for them to be released and purchased plane or bus tickets to get them out. Let my people go.

In mid-October 2015, I returned to Dilley for two weeks. The trip from San Antonio was fall-ish, faded and uninviting. This remote part of Texas, once a producer of watermelons, is now a spot for growth of the prison industry. The Texas Department of Corrections Criminal Justice medium security jail for 1,360 inmates is the neighbor to the STFRC. Crystal City, not too far from Dilley, was a detention camp during World War II. The remote locations of these facilities is a factor in people's  access to getting legal counsel, but another factor is the reality that many of the women held here are indigenous language speakers for whom Spanish is a second language. One such mom I represented in court was a woman whose 18-month-old son was inconsolable. She held him in her arms as we sat before the closed circuit TV screen. The judge had a chance to see whose lives were in his hands and who was shedding tears.

This last trip was again very different from the previous experiences. The population included not only indigenous speakers, but non-English speakers from Europe, Haiti, the Middle East, Africa and Asia. The challenge was to locate interpreters so we could prepare the women to tell their stories. I had the privilege of working with a non-English-speaking mother of four, whose husband was being held in another detention facility in Texas. Remember, no men in the "family" residential center. We spent hours on the phone with an interpreter preparing her case.

At the end of March 2015, the CARA Pro Bono Project was launched with a paid staff of an attorney and a program coordinator. CARA in Spanish means face. The letters represent the four organizations that launched the project: CLINIC (Catholic Legal Immigration Network), AILA (American Immigration Lawyers Association), RAICES (Refugee and Immigrant Center for Education and Services, based in San Antonio), and AIC (American Immigration Council). In its first year of operation, 700 volunteers served 8,000 clients face-to-face in Dilley. As CARA moves into its second year, there is now a staff of six on the ground — three attorneys and three coordinators. We will shed no tears if we do not celebrate a third year. #EndFamilyDetention.

Can we face the fact that we are all one people on this fragile Earth we call home?

Pope Francis reminds us in Laudato Si' "that our openness to others, each of whom is a 'thou' capable of knowing, loving and entering into dialogue remains the source of our nobility as human persons."

As U.S. Americans, can we face the fact of our involvement in other countries that contributes to the push factors that make people flee?

As consumers of the vast majority of the world's resources, can we open our hearts, homes and country to admit more refugees?

We say to the women, "Welcome, we are glad you are here and we will do all we can to help you." Tissues are supplied.

[Sr. Bernadine Karge is a Dominican Sister of Sinsinawa and an immigration lawyer in Chicago.] 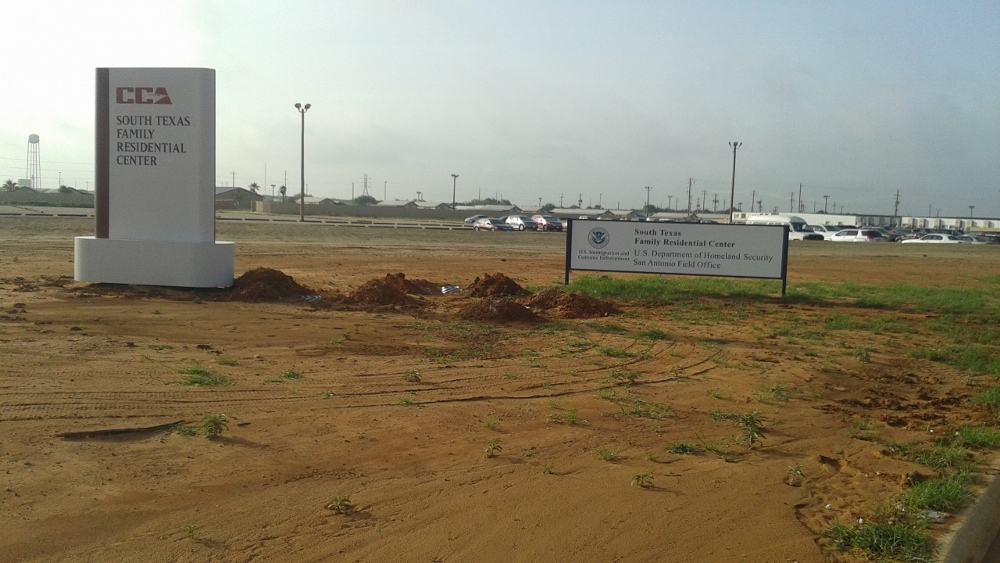 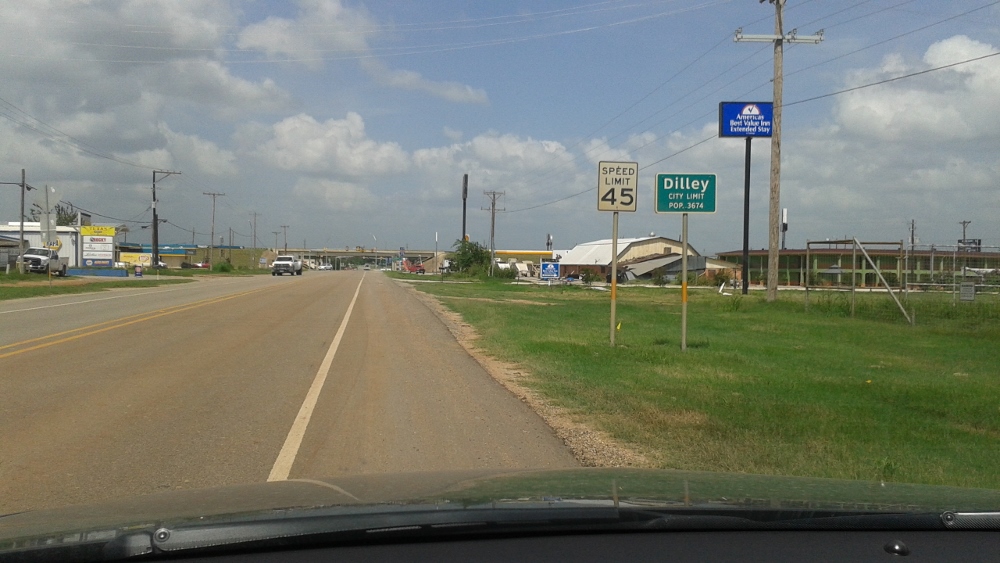