The parable about the villagers who noticed babies floating down the river* came to my mind as women religious and others gathered at the Columban Mission Center in El Paso, Texas, to discuss a proposal for a long-term shelter for unaccompanied minors in southern Mexico. In the parable, after exhausting themselves with the services of search and rescue, the villagers finally decide to look for the source of the problem upstream.

*(The Parable of the River: A Study on Advocacy, Bread for the World, www.bread.org)

Most attention by national news organizations has focused on the detention of immigrant children within the U.S. and the religious congregations and organizations that have offered to provide for their needs in lieu of detention. Like the villagers in the parable, at this meeting and another just across the border in Juarez, Mexico, we began to explore what is happening further upstream and how to respond.

Hermanos en el Camino, a refuge for undocumented Central American immigrants in Ixtepec, Oaxaca, was founded by Fr. Alejandro Solalinde in 2007. Over the years thousands of refugees have passed through the shelter which is located along the tracks that the train known as “La Bestia” traverses to the north. Plan Frontera Sur, the strategy developed by the Mexican government under pressure by the United States to detain and deport immigrants at the southern border, has made travel even more perilous, and this region of Mexico has become a deadly place for Central Americans. Fleeing across the Guatemalan border into southern Mexico they are immediately caught up in the vortex of violence created by gangs, immigration police, the Mexican military and the drug cartels. Most of those who manage to arrive at the shelter have been robbed, beaten, raped or otherwise traumatized. Fr. Solalinde himself has received death threats for his direct service and advocacy on behalf of these “Brothers and Sisters on the Road.”

Even in the shelters, crowded conditions, scarcity of food and supplies and uncertain staffing sometimes create a less than optimal situation for the special needs of women and children. The pressure to move along as soon as possible is exacerbated by the steady stream of new arrivals, but no one is anxious to face the further perils of the journey north.

Carlos Moriano, a long term volunteer from Spain, was recruited by Fr. Solalinde to work at Hermanos en el Camino. He came to El Paso-Juarez last month to present a plan to create a long-term shelter for unaccompanied minors, ages 12 to 18, in a coastal town in Oaxaca away from the immigrant trail. Moriano explained that a specific subset of these young immigrants needs much more than overnight accommodations. They are particularly vulnerable and alone, having fled violence within their own homes as well as in their communities of origin in Honduras, Guatemala and El Salvador. They have no clear destination and no family connections drawing them to the United States.

The proposed shelter will be an extension of Hermanos en el Camino and will receive the unaccompanied minors by referral from those shelters as well as from Mexican governmental detention facilities and agencies. Initially the shelter will accommodate 15 to 20 youth and five volunteer staff. Services provided, in addition to food and shelter, will include counseling, education, job skills training and integration into the local community. The economy of the area depends on tourism, which hopefully will provide a market for handcrafts and opportunities for other programming that will support the shelter. An empty primary school has been offered by the local government, and a house has been rented for the residents and volunteer staff.

“We are trusting in Providence as this plan unfolds,” said Cristina Coronado, a human rights activist from Cuidad Juarez who coordinated Moriano’s visit. She became convinced of the need for the special shelter when she spent the month of March volunteering with Hermanos en el Camino. She will coordinate the delivery of donations from Juarez to Oaxaca as well as the organization of small groups on both sides of the border to support the shelter. Making these connections in the north will not only help provide for the project’s operational needs but also create points of contact for youth who may eventually receive humanitarian visas to travel within Mexico.

Questions after the presentation raised concerns about the number of unaccompanied minors who desire to stay in southern Mexico. The experience of those present has been that the majority is trying to reunite with family members in the United States. Moriano and Coronado affirmed that while this is true for many, something new is occurring in the south of Mexico. This cohort of minors does not have family in the U.S., and the “push” of violence continues to drive youth from their home countries; the implementation of Plan Frontera Sur is stopping them in a zone so dangerous that a comprehensive, long-term response is necessary.

“I am sad and embarrassed at the treatment of Central American refugees in my country,” said Coronado. “Something must be done to help them and I believe that this is a way God is showing us.”

The presentation struck a chord with me. This is not exactly a new phenomenon. In 2002, my community at the border was asked to give shelter to an 18-year-old woman from Guatemala. Yessenia had come to the U.S. as an unaccompanied minor. She spent 10 months in detention before being granted amnesty on the basis of the abuse she fled from at home. We became intimately familiar with why children leave home alone, the traumas of the journey north and the long-term effects in the lives of these special immigrants. Yessenia lived with us for four years and is now a U.S. citizen. We are her family.

Yes, I thought as I drove home from the meeting, there are child-immigrants who have no connections, no family in the U.S., minimal education and so many needs emotionally and physically. It seems that there are many more “Yessenias” now, because the situation upstream has become worse. These young sisters and brothers on the road need a place of stability and security where they can discern the next step on the journey. Still I am uneasy. How are we in the U.S. complicit in creating the conditions that push them onto the road? 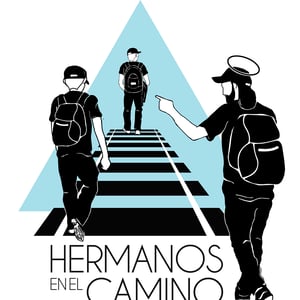