Guatemala, a country about the size of the state of Virginia, is today in a particularly heightened crisis of corruption, government upheaval, militarization and community resistance.

In the 1990s, the government lowered royalties on mineral wealth to 1 percent. Successive governments have granted hundreds of mining licenses as well as rights to flood farmland for hydroelectric power. As community resistance has grown to these and other injustices, the military has turned on its citizens while ignoring or even supporting the drug cartels.

Five years ago the presidential race was between a drug lord and a former military commander, who ran on the platform that he would be the Mano Duro, the Iron Fist, the country needed to combat drug trafficking. The Iron Fist won; the drug trafficking increased. Otto Perez Molina (a graduate of the School of the Americas, by the way) has set up check points and replaced police with soldiers even in small mountain pueblos. But this April and May half a dozen of his cabinet members have been indicted and forced to resign due to corruption, and demonstrators are calling for his ouster.

The Loretto Community has a sister community, Sagrada Familia, in Guatemala. I was living with them five years ago during the presidential election. Two and a half years ago, on a trip to Guatemala to work with them, four other Lorettos and I accompanied some of the sisters to stand with a community of resistance at a mining site. We have been keeping in touch with what’s happening through letters from the sisters and The Guatemala Human Rights Commission (GHRC), a non-profit based in Washington, DC.

The gold mine, an hour north of Guatemala City, is named El Tambor, and the resistance community calls itself La Puya, the point or the barb. La Puya is a group of local residents who oppose the mine. They are supported by many social justice activists and faith communities, including Confregua, the Guatemalan council of men and women religious. These supporters bring food, keep watch and share the cooking. Many stay to join prayers, sing hymns and celebrate Mass.

La Puya was holding back the start of a mining operation, blocking the tractors and well-diggers needed to open a mine. The well-diggers are a big part of the problem. The danger of any gold mine is first that it will use a lot of water and second that it will contaminate ground water with cyanide and other chemicals used in cheap, unregulated mining processes. The area around this mine is arid, and the community conserves water for farming and for the people and animals. A gold mine could destroy the livelihood of people in several surrounding villages and poison the water into the unknown future.

Just a year ago, in May of 2014, hundreds of soldiers and police broke through the community’s lines of resistance and escorted heavy equipment on the road to the mining site, and the U.S. company, Kappes, Cassiday and Associates (KCA), began operations.

During the organizing stage, the community made a formal commitment to nonviolence. And the women took on a more active role. They joined the men in taking shifts to stand watch. They pulled the men back from some angry confrontations. They talked about taking their place standing in the road if and when the machines came back. And when the machines and the soldiers did come back, they took their place in the road.

This past year La Puya has continued to stand along the narrow road, declaring by their presence, shift by shift, their opposition to the mine, their allegiance to the land and water, and their commitment to one another.

And now, two and a half years after I visited them, after they were overwhelmed by force and the mine was dug, La Puya is still there, standing in opposition, standing together. Mass is celebrated at least once a month. Some evangelical pastors too have sided against the mine, although others see the mine as God’s will and resistance as out of place in church.

On May 25 of this year, La Puya declared a 48-hour blockade to mark the one-year anniversary of the government’s use of overwhelming force. Community leaders had presented the idea of the blockade and thought they had police permission. But on the morning of May 26, 300 police officials arrived and effectively halted the protest. They have established a semi-permanent camp across the road from the community protest.

But the story continues. On July 15, according to GHRC, “The supreme court ruled in favor of members of the peaceful resistance movement La Puya, ordering EXMINGUA — a subsidiary of US mining company Kappes, Cassiday & Associates (KCA) — to suspend all construction activities at the mine until a community consultation is held and residents approve the project. The court also ordered the Municipal Council of San Pedro Ayampuc to take action to ensure any construction is stopped within the next 15 days.”

La Puya is one small resistance community. Its people live in four nearby villages. But, as Global Sisters Report has reported, their organizing efforts are echoed across Guatemala — as are the acts of government suppression. When I visited La Puya, the community was making links with resistance groups across the country and was committed to stand with them. Bishop Ramazzini who was then the bishop of San Marcos had visited La Puya to speak with them about the Marlin Mine and other injustices in his diocese. I had heard a report and seen slides back in 2011 from Sr. Maudilia Lopez who worked for Bishop Ramazzini, but the La Puya community had not known much about other efforts in Guatemala to resist mining corporations.

Those links are developing steadily. At the end of this past May, we learned from the Holy Family Sisters that the Diocesan Commission for the Defense of Nature in Santa Rosa and Jalapa invited anyone interested to join a protest about mining licenses and industrial pollution of the rivers on June 5 outside the Ministry of Environment and Natural Resources.

Meanwhile, supporters with bases outside Guatemala – Network in Solidarity with the Guatemalan People (NISGUA), The Center for International Environmental Law, the United Nations non-governmental Mining Working Group, The Guatemala Human Rights Commission, Mining Watch Canada – have been working for a decade or more to identify human rights and environmental abuses and challenge them.

The Loretto Community was one of the shareholders filing a resolution with Goldcorp in Canada asking them to set aside enough money to restore the land when the Marlin Mine is closed. Goldcorp had set aside a million dollars while Mining Watch Canada estimates $49 million is needed. Shareholders voted against the resolution.

When I read Pope Francis’ The Joy of the Gospel, it made particular sense in light of what I had heard and seen at La Puya. Resistance there seems to me to be an illustration of the popular piety Pope Francis describes: “a true expression of the spontaneous missionary activity of the people of God” (122). This resistance is a symbol of the church and it encompasses the church’s teaching about the dignity of the person, human rights and rejection of materialism that the gold mine represents.

I still recall the scene when I arrived in La Puya. About a dozen men and women standing watch had greeted us. The first man I spoke with said, “We are not alone.”

It’s true. They are not alone. The community includes four villages and numbers 4,000 men and women who have run to the mining site at a phone call from the shift on watch. Members of Confregua take regular shifts. They bring novices and seminarians to La Puya as part of encouraging them to give the best of their service to the poor. Local priests and a Catholic bishop, evangelical pastors, local mayors, teachers and labor unions support this resistance.

But when the villagers say, “We are not alone,” they also mean that God is with them.

Always underlying the facts of this story of resistance are the questions, “How long will you stay?” and, “What is the source of your staying power?” Everyone’s answers are couched in language of faith, not in the rational language of political power or economic analysis. The people of La Puya are confident that God is with them. I recall one of the first men I met saying, “We may be shot at. We must trust in God.” And a woman replying, “From the beginning we have placed our trust in God. We can’t, but God can.”

[Mary Ann McGivern has been tracking military spending and weapons production in the United States since the '70s. She writes for the Disarmament Times (U.N. Disarmament Working Group) and the Peace Economy Project, where she serves on the board of directors. She is a Sister of Loretto and a member of the Loretto Committee for Peace. She also works for prison reform.] 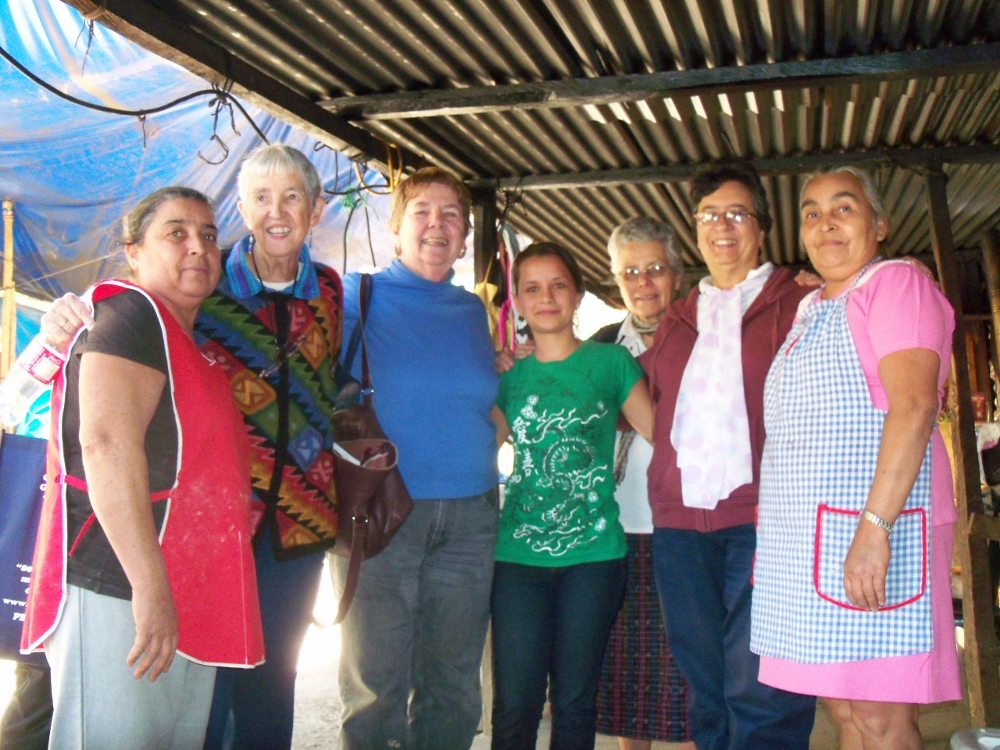 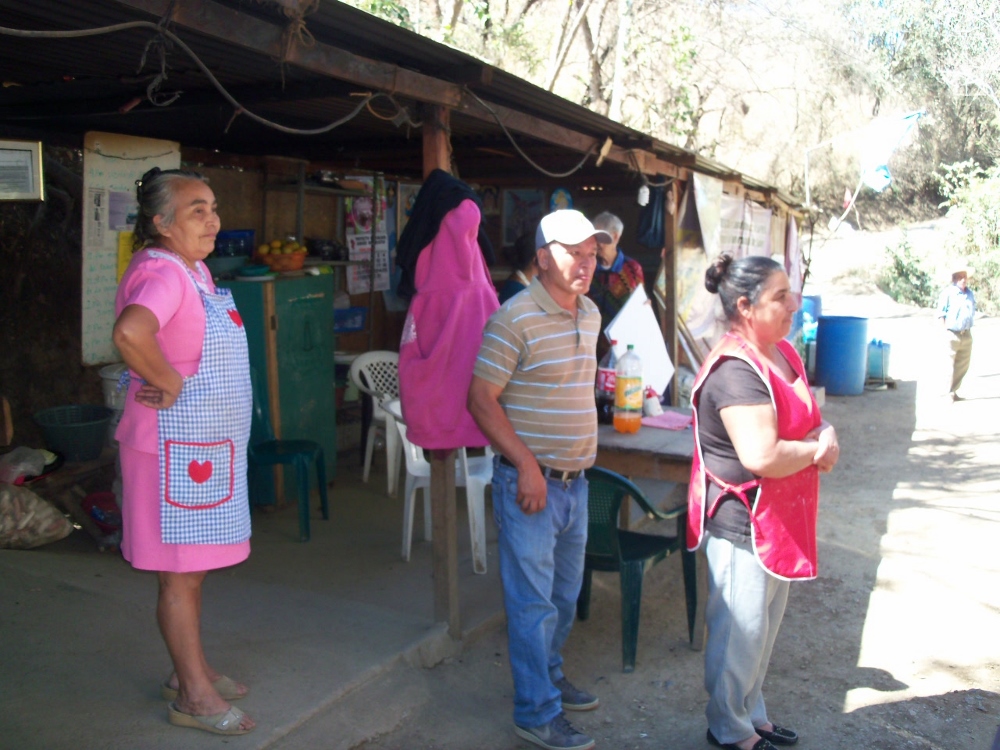 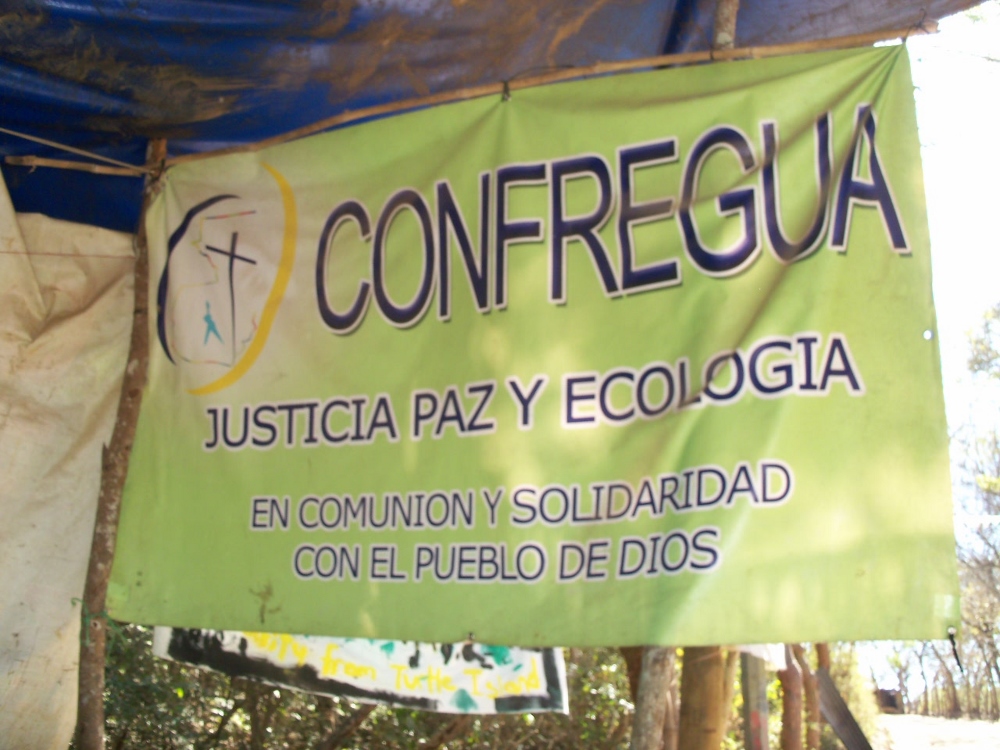 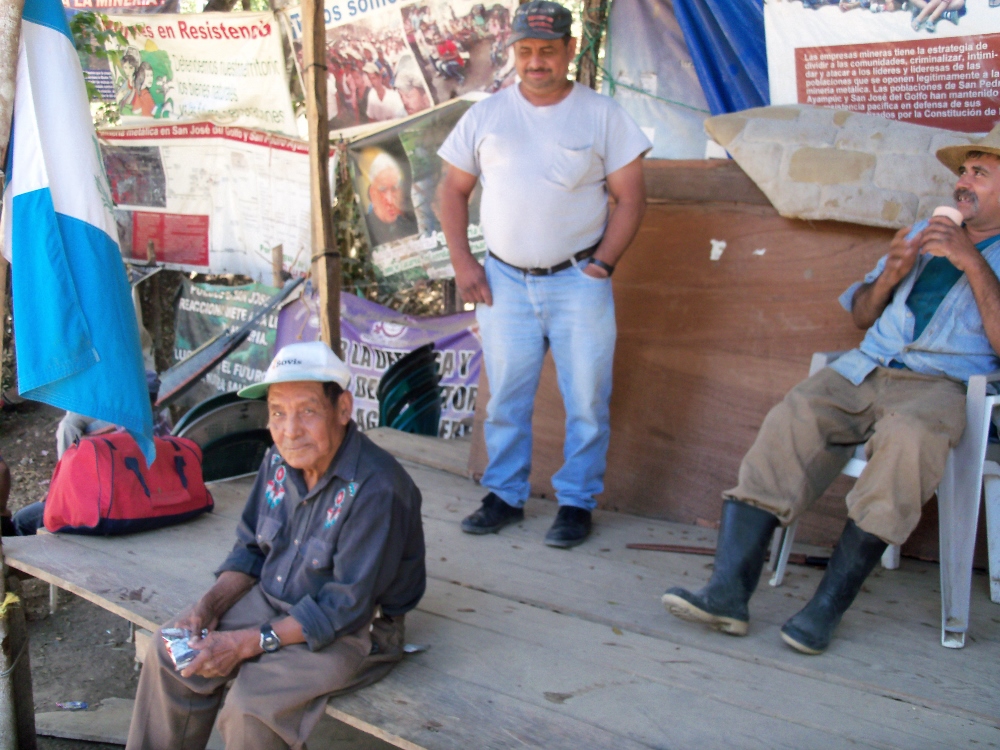