The modern era is plagued with conflicts and hostilities, and Africa undoubtedly has her fair share of the problems. Conflicts continue to claim untold number of lives and destroy cultural values and property. It is clear that intractable conflict remains a major factor that drives underdevelopment on the continent. The sacred duty to restore human dignity urges well-meaning persons and groups to seek ways to quell the aggressions so that peace, harmony and conviviality can return to communities and peoples can live in peace.

Many governments, agencies and individuals, have made peace-building in Africa their primary objective. Among these are the Jesuit fathers and brothers, who convened the recent International Conference on Transitional Justice in Post-Conflict Societies in Africa.

The conference was hosted by Hekima Institute of Peace Studies and International Relations (HIPSIR) in Nairobi in collaboration with The National Cohesion and Integration Commission [of Kenya].

In his opening address, the director of the institute, Jesuit Fr. Elias Omondi Opongo stressed Jesuits commitment to social justice across the centuries. The conference, he said, is but a continuation of that obligation. Transitional justice does not end with prayer; it must be backed by action. Over 50 papers were presented in the sessions. Actions like transforming challenges into opportunities are areas where ordinary people can be part of a process that engenders peaceful coexistence.

I was very delighted to see many religious women participate actively at the event. Some of the communities represented were the Comboni Sisters, Daughters of St. Paul, Handmaids of the Holy Child Jesus and the Servants of Charity and Medical Missionaries of Mary. The presence of the sisters underscores the commitment or women religious to justice and truth, without which peace would be only an idea.

Peace-building is an enormous task. Given the huge conflicts that exist in many parts of the continent and the situations in which many of the sisters live and work, women religious in Africa, missionary as well as natives, may consider peace-building as a “fourth vow” of religion. In this way, we shall – all of us – be obligated to be agents of peace in our villages, hamlets and society at large. It is a fact that effective evangelization cannot take place in a warring environment.

To create an atmosphere for the reign of God, Jesus instructs his disciples on their second missionary journey: “Whatever house you enter, first say, ‘Peace to this house!’” The thought of a greeting of peace to a household, the women’s domain, inspired the paper which I read at the conference titled: “Peace to this household (Luke 10:5): Role of Women in Inspiring Peace at the Grassroots.”

The ministry of women religious in various parts of Africa cuts across all levels of society. With their positions, they can form the link between the grassroots (village women, men, children), middle level (civil society) and top-level structures in peace-building. But the reality is that women religious, like most women in Africa, are hardly invited to peace talk programs, whether in the diocese or in civil society. Indeed, peace-building has been synonymous with patriarchy. Little wonder the rate of success.

Mediation and dialogue, as well as acting with deliberateness, which are essential components in peace-building, reside in women. It is my hope that the presence of so many religious sisters and other women at the transitional justice conference signals a new direction to peace-building initiatives. Society can no longer neglect the feminine principles in this all-important aspect of our lives on this planet: a peaceful coexistence.

The majority of conference participants were high-level government functionaries from the Kenyan judiciary, the African Union, researchers, students and a host of other peace agencies from across Africa, Europe and the United States. Priests were there in their numbers.

The former president of the Tanzania, Benjamin William Mkapa and his wife, Mama Anna Mkapa, graced the occasion. The former president gave the keynote address at the first plenary session. For Mkapa, peace-building boils down to preventing situation of conflicts from the grassroots. He recognized the role of the constitutions in peace-building. He alluded to the superstructure left by the colonialists, which has continued to define African constitutions, and called for an African frame of mind in drafting constitutions that are democratic and gender-sensitive.

Restorative justice has an element of democratic culture in which parties involved in conflicts are brought together to deliberate amicably over issues separating their positions, to settle the disagreements and to live together peacefully thereafter. The problem lies in the fact that this time-tested approach to conflict resolution, peace and reconciliation has, however, given way to judicial and legal justice.

Communities must pursue peace and pursue it “selfishly.” They must be together and work together, united in their “selfish” interest of maintaining peace. This feat cannot be achieved for us by outsiders. We must do this by ourselves. 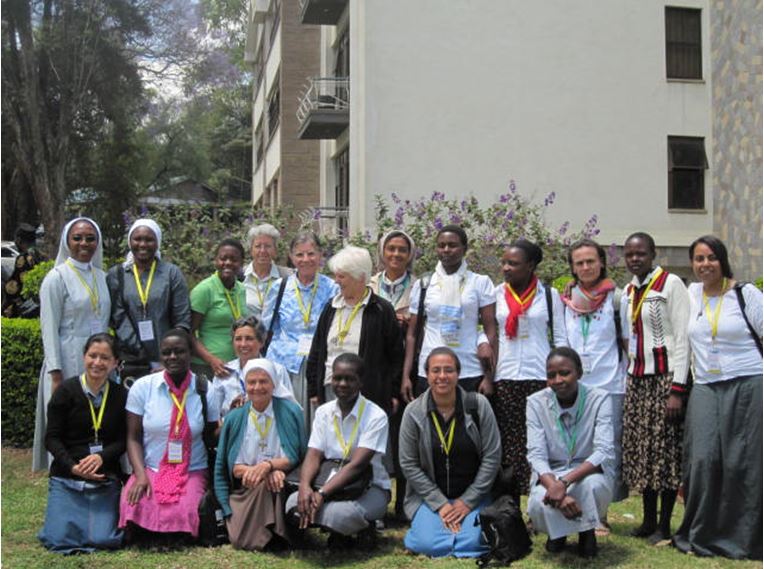