A new chapter for a Felician convent

by Maryann Agnes Mueller
Migration
This article appears in the Sustainable Development Goal 17: Partnerships for the Goals feature series. View the full series. 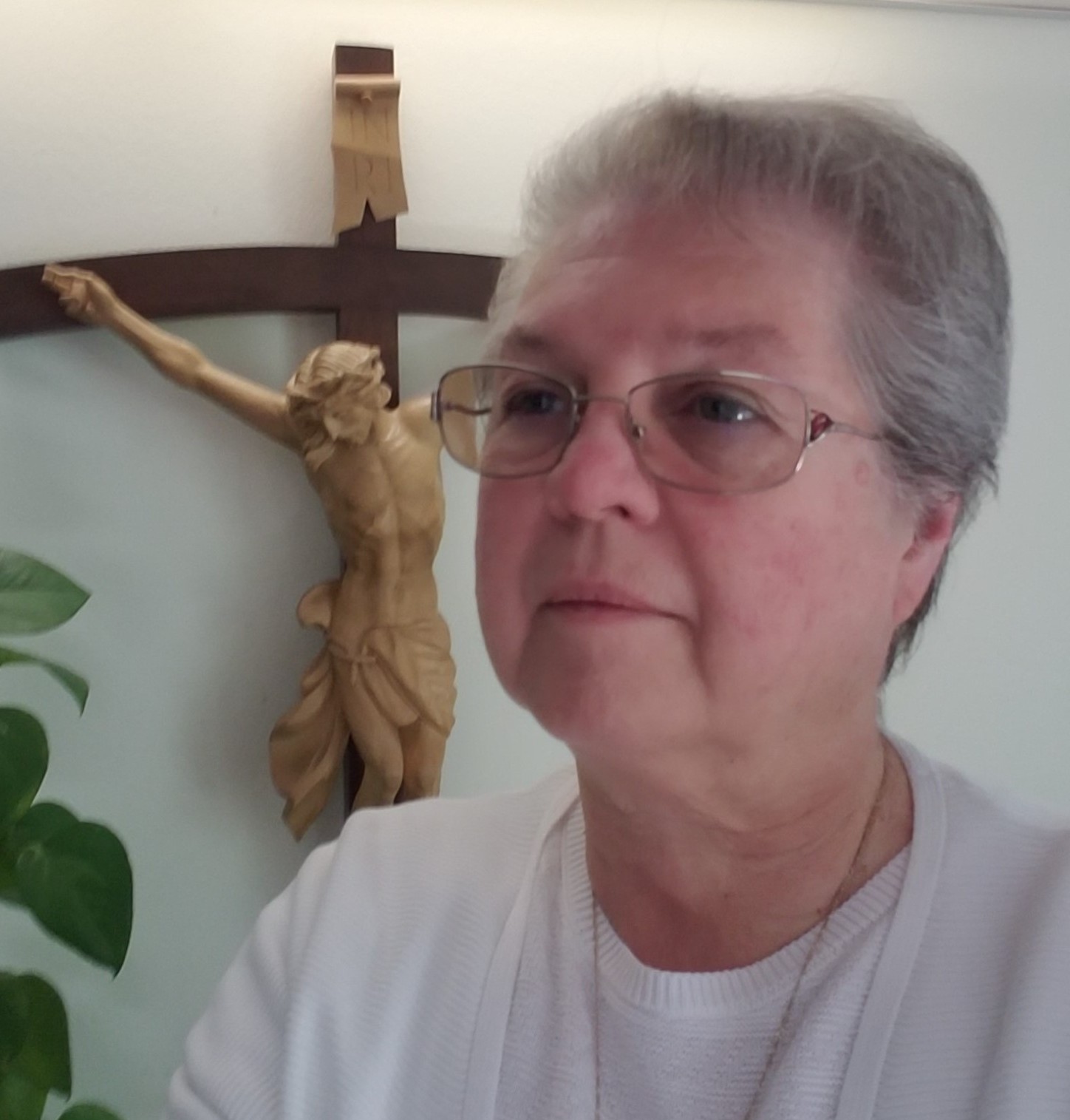 A new chapter in the life of a former Felician Sisters' convent began Monday, April 22, when temporary housing was provided for 50 asylum seekers in New Mexico. The asylum seekers, mostly from Central America, entered legally, were processed at the border, and have families sponsoring their entry into this country.

Preparations for their temporary stay here have been in process since mid-March, when Catholic Charities asked if it would be possible for the convent to serve as a housing site. Four other sites in the area, over 200 miles north of the border, provide housing to several busloads arriving every week. Felician Sr. Jane Mary Gawlik, who lives at the convent, said, "We were asked to take one of the buses with the prospect of more busloads as the need arises."

The reality of this operation suddenly hit full speed with the arrival of the Red Cross truck bringing 100 cots and blankets. The truck arrived early, prior to the time volunteers were expected. However, "help calls" went out, and soon, a swarm of helpers arrived. With all the helping hands, the task of assembling the 100 cots took just about two hours. The former sisters' care center has taken on a new shade of green as each of the rooms now houses four green cots.

The helping hands and volunteers assisting with the different facets of this operation represent almost every faith denomination in the area. "We are all one church here," noted Sister Jane, who commented on what a blessing it is to have this ecumenical experience in Holy Week.

Catholic Charities had been making preparations the week before the first bus arrival, transforming the convent to receive the guests, organizing and setting up areas for the different teams.

The teams include one for kitchen/food, also responsible for meal donations. Sister Jane was amazed at the number of churches and groups willing to bring in complete meals, as well as volunteers to keep the kitchen and dining room area clean.

A hospitality team welcomes the guests upon arrival and helps them with any needs or questions, and a transportation team drives guests to the airport or bus station. The cleaning team cleans rooms, hallways, bathrooms and showers when each group leaves, preparing for the arrival of the next guests.

The laundry team washes bedding and towels and prepares rooms for the next group. The intake team works with individual families to get necessary information, and communicates with family sponsors for tickets and travel arrangements.

To avoid using disposable goods, the families use the convent dishes and silverware, so there is a need for volunteer dishwashers. Another group works in the donation/distribution room, presorting clothes for distribution to all guests on their first day of arrival. They sort and organize donated clothing for men, women and children by sizes, as well as other items such as socks and shoes.

Finally, there is a medical team that includes volunteer doctors and nurses to assist with medical needs.

A small army of volunteers — many Spanish-speaking — work endless hours to help with the guests. Since the convent is a new housing site and not known to most local volunteers, many others visited to become more familiar with the site and to help get ready for future arrivals. Even the guests who are there for a few days have joined in helping with housekeeping tasks.

Charts are made and posted to inform both the volunteers and the guests of room assignments, meal times, travel dates, and times for departures. Sister Jane admitted that the system is not perfect but said it has managed to work very well so far. Everyone continues to learn and look for ways that things can be done more efficiently.

Sister Jane told about her experience of the first day:

"I was to meet and direct the first bus. I stood watching as each adult or child stepped off the bus … the look of gloom, fear, fatigue was overwhelming. As they walked to the door, they were escorted by a hospitality person into the building. The basic necessity of using the restrooms was first. A large container of small toys also stood by the door. Each child was allowed to pick a toy to keep … a small way to give comfort and say, 'All will be OK.' The medical team also quickly checked everyone, trying to spot health issues, which would then be taken care of.

"We have learned from groups already working with bus arrivals that hydration is critical, so water and fruit are an initial snack for each guest upon arrival, followed by a meal later."

The intake process begins after supper. The guests find new clothes in the distribution room to put on after they shower; their old clothes are either thrown out or washed to take with them. By the time the guests are ready for a restful sleep, each has had a nourishing meal, has taken a shower, has new, fresh clothing, and a plan for how they will continue their journey to their new destination.

There was a big change in them overnight. As Sister Jane came to see everyone the next morning, she said she was amazed at the transformation she heard and saw in their guests. "Even before I arrived in the dining room, I heard children laughing and energetic voices. This was not the case upon arrival."

After breakfast on Tuesday morning, 16 guests were on their way to the airport and, by Thursday afternoon, all but three were gone. The three would leave as soon as a ticket from their family could be processed.

Because of a major event occurring in the area, another group of 46 asylum seekers — who are usually housed in local hotels — arrived at the convent site. This group brought their own teams to help with the guests, giving the Monday volunteers some much needed rest.

In a quiet moment, Sister Jane reflected, "It is very sad that this situation even exists; people fleeing their home countries looking for a safer way to live. But it is also heartwarming to meet so many loving and caring people who give of their time and talents to help with this critical situation."

She tries to be as present as possible and, as she makes her way through the hallways to see how she can help, she meets people from almost every denomination. "We all speak the same language of caring and loving, and as I spend time chatting and getting to know them, I hear the same thing from everyone ... how grateful they are to be able to be in our convent and to help in whatever way they can. Everyone loves our convent home and the peace they feel being here."

"I do believe that our Felician foundress, Blessed Mary Angela, would approve of our efforts. We ask only for your prayerful support for all the many people involved in this humanitarian situation," she said.

[Maryann Agnes Mueller, CSSF, is a Felician Sister of the North American Province. Prior to her entrance into her congregation she worked as a dietician and research tech in cholesterol metabolism. Later she worked as a certified diabetes educator, and taught science in high school. She now lives in Enfield, Connecticut, serving as the full-time Justice and Peace Coordinator for the Felician Sisters’ North American Province, and edits the Congregational Justice and Peace newsletter.]

Migration | A new chapter for a Felician convent

Young sisters and brothers on the road

A Christmas prayer against fear