"You'll be OK. I'm with you. Nothing will happen to you." These are the brave words of a tiny 4-year-old boy, comforting his favorite toy on the way to his first airplane ride — a ride to a new life in a strange land.

This describes so well the challenging and terrifying experience of many of the refugees we met at the Pastoral Center of the Diocese of El Paso, Texas. As one of the drivers taking them to the bus station and airport, I understood their fear, since many of my passengers had never flown and knew little or no English. I came home convinced that no one would undertake such a challenging trip — especially with their children — if it wasn't absolutely necessary.

Five of our Dominican Sisters of Peace — Imelda Schmidt and Roserita Weber from Kansas, Mary Vuong from Texas, Doris Regan and myself from Ohio — recently returned from El Paso, where we volunteered for two weeks at the Pastoral Center, under the direction of Annunciation House.

We had heard much about the "security and humanitarian crisis" on the border, but decided to go anyway. Fortunately, we did not see any drugs, guns or hardened criminals in our hospitality center.

What we saw were mothers and fathers bringing their sons and daughters to the United States so that they could live without the fear of violence or poverty. We saw parents anxious to find work so their children could eat, go to school, grow strong, be healthy and happy, and contribute to their new communities. We met Guatemalans, Brazilians, Hondurans, Salvadorans, Russians and Cubans; all were seeking asylum and working within national and international law governing the right to do so.

Sadly, many who came to us were sick, as had been reported. Most of those who were sick were children, but this was to be expected, given the conditions of the Customs and Border Protection processing centers. We could not understand: Why it was necessary to keep the holding area extraordinarily cold? Why did they put people in cages too crowded for people to sit or lie down? Why were food and water limited? We could only guess at the answers, and do what we could to help those who were suffering.

Many of our refugees commented that our smiles and kindness were the first they experienced in the U.S. and they appreciated so much being treated with respect.

Sisters Roserita and Doris both speak Spanish, and had the opportunity to talk with excited sponsors eager to welcome a friend, cousin, wife or husband to the U.S. These members of extended families were happy to purchase tickets for their loved ones, and intended to continue to help them in the future.

I was particularly touched as I watched a young father braiding his daughter's hair. We watched mothers happily select new outfits for their children, many of whom came with only the clothes on their backs. We laughed as Mary described a young boy holding up a pair of pants to himself as he had seen others doing.

The refugees expressed only gratitude, never demanding or expecting more. We were impressed by the generosity of the refugees themselves, who volunteered to work around the center as they waited to leave.

Because we did not speak Spanish, Imelda, Mary and I cooked and served breakfast. On the feast of the Epiphany, we were blessed with a large donation of muffins and pastries. There was a good variety and after we cut them in half, we put them on the serving line. It was our practice to dish out the meal but we allowed each person to pick out what type of pastry or muffin they wanted.

I noticed the surprise and pleasure on the children's faces as they got to pick out their muffin. It was the first time I realized that "choice" — being able to pick what you want — is a kind of privilege. So many have so little that freedom of choice, even with something as small as a breakfast treat, was a true luxury.

We learned that this project at the border required many volunteers, who came from all over the United States: college students, retired religious sisters, families.

During our first week, we served with a family from St. Louis. Mom grew up in Brazil, Dad was an immigrant from Ireland, the two high school sophomore boys were adopted from Guatemala when they were 3. We bonded with the boys while making hundreds of peanut butter and jelly sandwiches (those will not be in my diet again soon!). When I asked why they were taking time out of their Christmas vacation to help at the border, one of the boys told me that they were an "immigrant family" and it was the right thing to do. I suspect that Mom was the real motivation.

The generosity of the citizens of El Paso (many of whom are immigrants themselves) and others who provided clothing and food, transportation and health care was inspiring. It was incredible to watch the sense of community developing among the refugees, with mothers helping other mothers, fathers helping fathers. And together — volunteers and refugees alike — we built a community, even if it was just a temporary one. It was a true demonstration of the human capacity to build bridges, not walls.

Despite the best efforts of some to build fear of those coming to the southern border, we were never afraid. We saw only sincere, hopeful, faithful people. There may be problems with drugs crossing the border but only an inept businessperson would send such tiny amounts over the border one person at a time. In fact, doesn't the data show that the majority of drug smuggling is occurring at official ports of entry? The U.S. Customs and Border Protection's own statistics confirm the vast majority of heroin, cocaine, meth and fentanyl is smuggled in at legal crossing points in cars, trucks and trains. Fentanyl is mostly sent by manufacturers in China through the U.S. mail.

I agree with the president that there is a humanitarian crisis at the border and throughout the United States. But it comes from vilifying people because of their language, country of origin, or religion. It is not because of those coming for a peaceful life.

It can be solved by recognizing that America is a country of immigrants — a country where many of our ancestors came because of poverty and persecution. We can continue to be great by being a place of welcome and peace.

[Sr. Barbara Kane is a Dominican Sister of Peace. She serves as her congregation's justice promoter, educating and engaging sisters and associates in such congregational justice priorities as human trafficking, immigration reform, peace and nonviolence, and eco justice.] 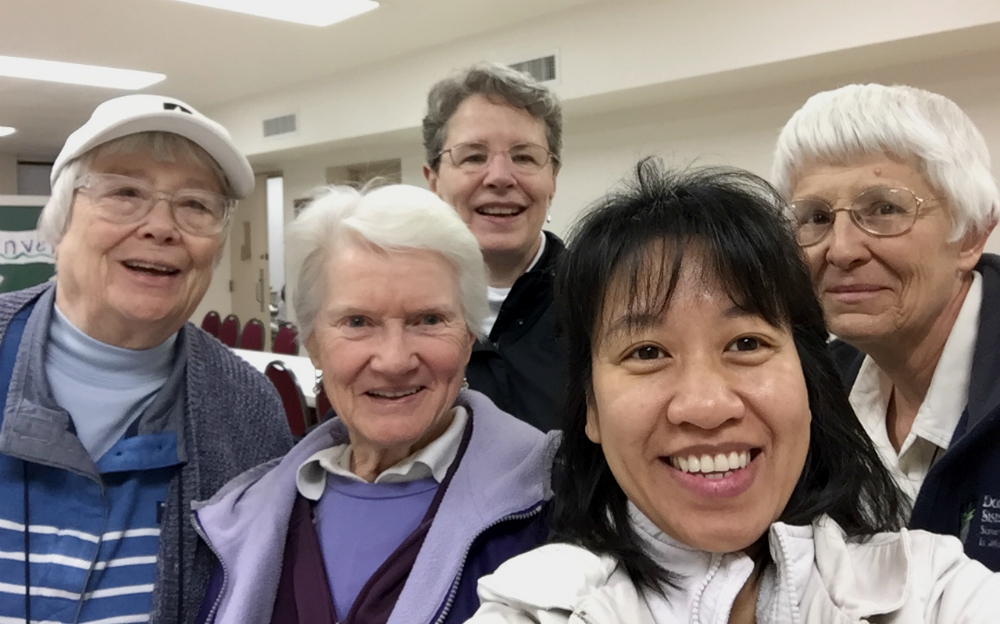 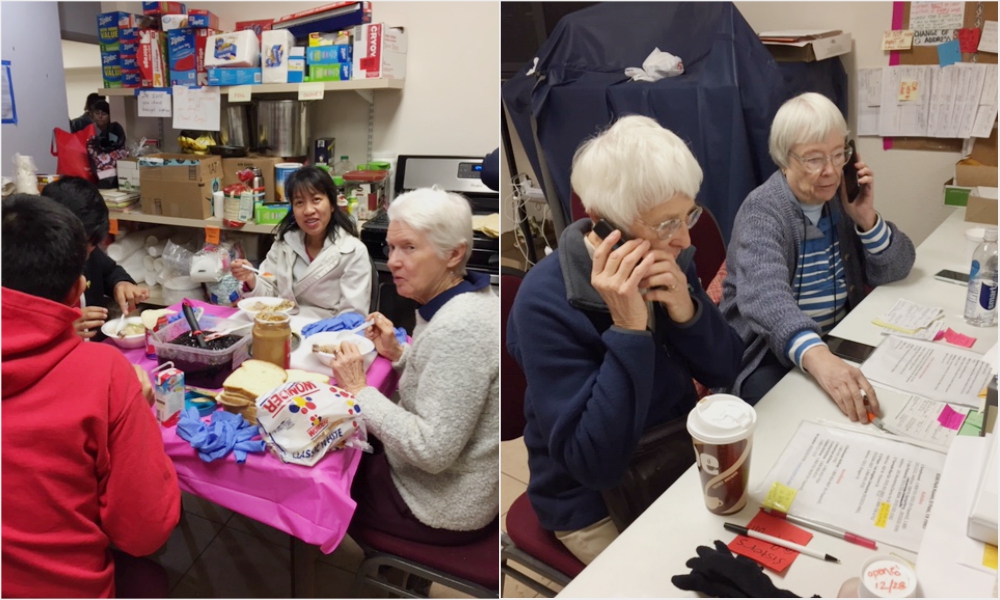