I'm getting tired of my own Facebook posts. Every other one refers to the desperate situation of refugees and immigrants at the U.S.-Mexico border.

For more than a month, frequent travelers across the international ports of entry in El Paso, Texas, have been noticing Customs and Border Protection (CBP) agents checking pedestrians' documents at the halfway point of the bridge. Friends from Mexico with crossing cards reported that they were permitted to proceed into the U.S., but Central Americans were turned back.

It seemed impossible that refugees were not being allowed even to approach the checkpoint to request asylum. But they were.

During a long wait on the bridge into downtown El Paso from Mexico, one of the sisters with whom I live saw a man with a small child being interviewed by three CBP officers at the top of the pedestrian walkway. "I knew what was happening. He was obviously from Central America. They turned him away. I felt so helpless!" she said at supper that night.

Another sister reported seeing a similar episode. Soon, Ruben Garcia, the director of Annunciation House shelter for immigrants and refugees, was asking for volunteers to observe these interactions at the ports of entry.

Then he asked the volunteers at the temporary shelters for those detained and released by ICE to inquire about the experiences of the refugees, specifically whether they had been denied access, told to come back another day or given reasons for refusing approach to the checkpoint. The volunteers were asked to obtain affidavits from refugees for documentation. Finally, some state and national news agencies picked up the story.

Four years ago, when there was a surge of unaccompanied minors arriving at the border, I went home to visit my family in Indiana. I shared the stories I had heard and the extraordinary response by people of faith, including many women religious, to assist the refugees.

Sad stories of desperate people don't make for pleasant conversations at family reunions. There was sympathy for the kids and admiration for the volunteers but often a final comment: "We can't take in everyone." My reply was, "We can't in conscience send them back."

Now the anti-immigrant sentiment has clout. "Zero tolerance" is the term for criminalizing people who cross into the U.S. without going through the port of entry. How many criminals have been created by denying access to the offices at the border where they can explain why they fear returning to their country of origin?

In desperation, out of money and lacking food or diapers or medical care for their children, how many mothers and fathers have been arrested and their children placed in detention centers because they entered without permission? Who is committing a crime?

Raids on meat-packing plants and a gardening company have bagged hundreds of "illegals." Who is cheering these round-ups? Why are there not millions of voices in opposition?

Although the USCCB and individual bishops (shout out to my own Bishop Mark Seitz!) have been strong in support for comprehensive immigration reform and ending policies that separate families, at the parish level it is rare to hear a call for action. There seems to be a fear of offending or causing controversy. But now, the standard argument that "they should come the legal way" no longer applies. Apparently, for many refugees, there is no legal way to seek asylum.

When I am tired of making the argument, of calling my legislators, of documenting what's happening via social media, I think of the refugees I have met in the temporary shelters.

They are tired, too. They have fled their homes for safety and have experienced many traumas on the migrant trail. They have been kidnapped, extorted, raped, robbed, chased, abandoned and finally refused the opportunity to prove that their fear is credible.

They are told there is no capacity in the detention centers. There are no more appointments at the port of entry. "Go back. You are not welcome here." They are tired, sitting at the foot of the international bridge in 100-plus-degree temperatures, waiting for a chance to tell their stories.

Have we forgotten the story Jesus told about Lazarus, the poor man who sat at the rich man's gate? It was not a sin of commission that brought judgment. The one with resources to help simply did not see — or chose not to see — the man who suffered at the doorstep.

Perhaps he saw, and his heart was hardened. "The law is the law. Why don't their own governments fix things so they don't have to leave?" Perhaps he saw and thought, "If I help him there will be five more at the door tomorrow." Perhaps he saw and judged that there was not enough for us and for them, too. There are many ways to commit a sin of omission.

This is my moment of repentance and conversion. I am haunted by the words of Marty Haugen's song "Who Will Speak?" I must not be too tired to read one more article or watch one more documentary on the refugee crisis. I will be a welcoming presence at the temporary shelters or an observer at the ports of entry. I will accept the responsibility that comes with the privilege I have as a U.S. citizen living at the border. I will march. I will rally. I will vote.  I will share what I see and hear. I will write. I will speak. I will not tire.

I spent last weekend at the border. By Sunday night, I was good tired.

Saturday morning I joined other physicians, nurses and health care personnel at the Tornillo port of entry to protest the detention of hundreds of children in a tent city that has been in the news since its creation just a week ago.

Former colleagues, fresh new medical students, social workers and people of faith united to call for swift reunification of families. We were just the latest group to rally at the site.  During the week it had been visited by mayors from around the country, educators and others protesting the separation of families.

This morning I received a call from Annunciation House.  Would I be available to volunteer this afternoon when they would be welcoming 32 refugees? It was a special situation because these were parents who had been separated from their children and incarcerated when the “zero tolerance” policy took effect. The executive order last week ended that misguided policy so when these parents arrived in court on Thursday the criminal charges were dropped. This was the first large group to be released (with GPS monitors on their ankles) pending deportation proceedings. A press conference would be held at the shelter immediately in advance of their arrival.

So I spent my Sunday afternoon welcoming mothers and fathers from Guatemala, Honduras and El Salvador, hearing their stories and doing intake interviews at the shelter. The stories were heart-rending and their future in the U.S. remains so uncertain. But there was joy in the freedom to walk outside the door of the house without fear. There was hope in the possibility of talking with their children soon and eventually being reunited. There was a welcome from a community that really does care.

After interviewing the last guest I left the shelter while they were sharing the evening meal. My mind was spinning between English and Spanish. It was more than a hundred degrees and I was hot and sweaty. Walking to the car I realized how tired I was from concentrating and listening those several hours. Then I recalled the scene of those brothers and sisters enjoying a home-cooked meal with the volunteers. I remembered Dorothy Day's words: "We have all known the long loneliness and we have learned that the only solution is love and that love comes with community." Such love makes for feeling good tired.

[Janet Gildea is a Sister of Charity of Cincinnati. A retired family physician, she is Liaison for Women Religious for the Diocese of El Paso and directs women in initial formation for the Sisters of Charity. She serves with her sisters at Proyecto Santo Niño, a day program for children with special needs in Anapra, Mexico. She lives in La Union, New Mexico, at the Sisters of Charity house of initial formation where she is director of affiliates.] 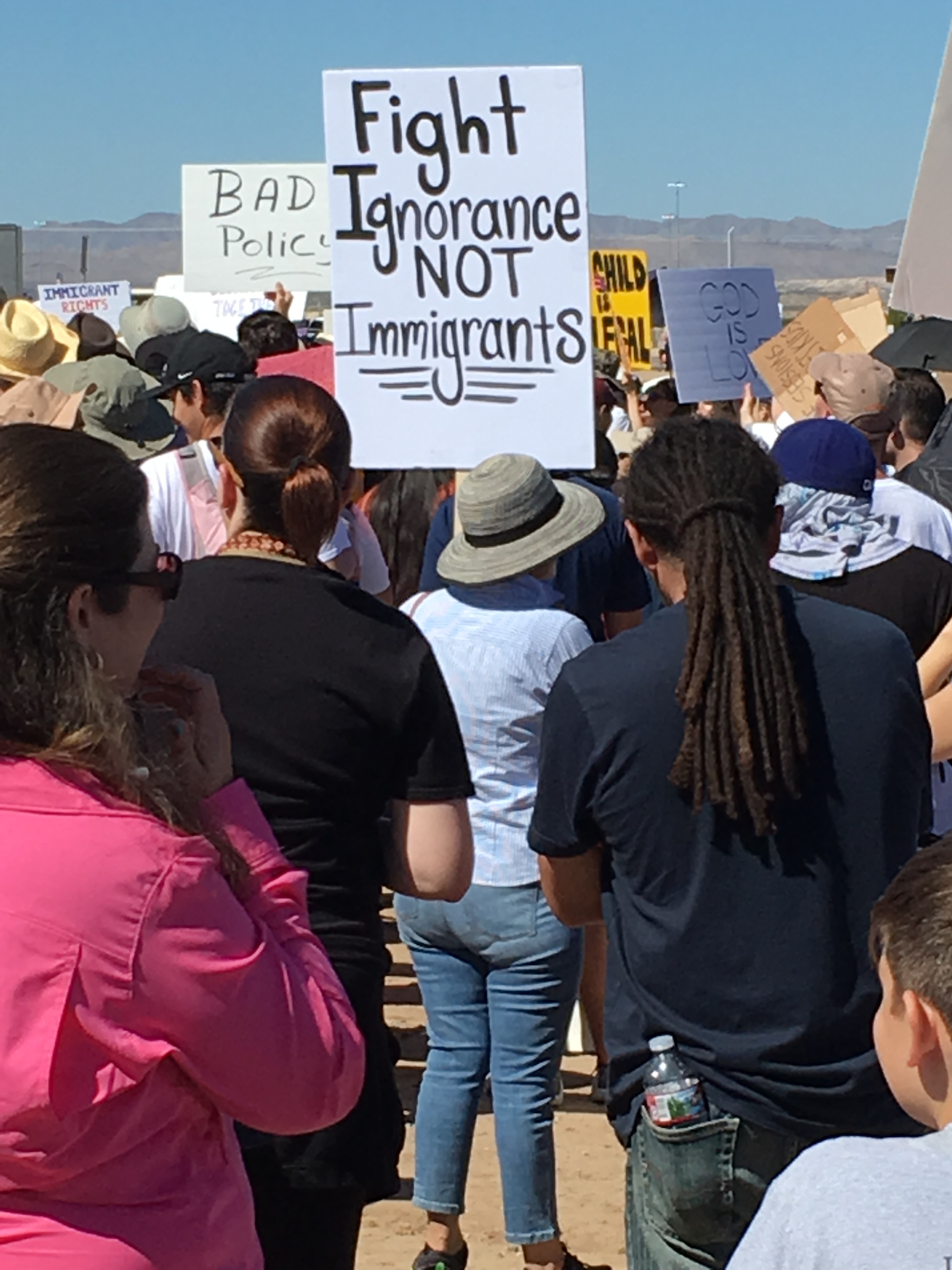 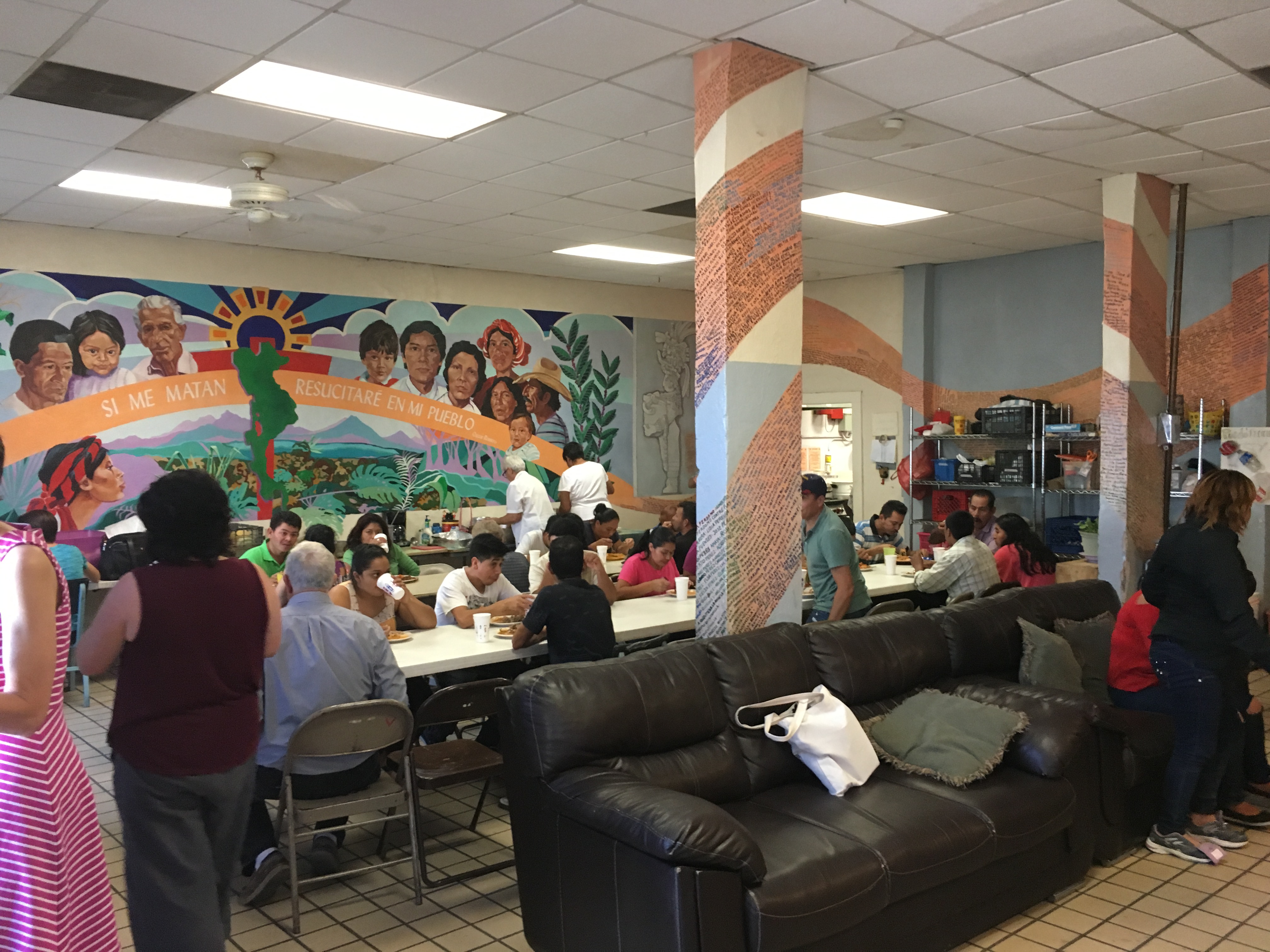