The Christian religious tradition continues to inspire people in different parts of the world by its doctrines and practice. One such practice is service. A close reading of the Gospels overwhelmingly recognizes service as a root metaphor for the Christian life, a life lived in Christ.

I borrow the definition of scholars to state that "root metaphor" is employed here as an image, narrative or fact that shapes an individual's perception of the world and interpretation of reality. The practice of service provides all these values in living the Christian life.

In the first chapter of his Gospel, Luke presents service as a road map to an authentic life with God, as in his characterization of Mary of Nazareth, the first disciple of the Lord. Mary's self-understanding as a disciple on mission for service moved her to designate herself the doulē kuriou (Greek for "handmaid of the Lord").

Mary's self-designation emerges from a sense of freedom, for only a person who is free is capable of making a self-gift, making a total commitment to things divine.

Ancient Israel's quest for liberation from slavery in Pharaoh's Egypt was rooted in the freedom that would allow them to worship God. In a Hebraic sense, worship relates to liturgy or work, performative service. Thus the liberation sought was for commitment to serve.

Mary's action, therefore, provides the language, a metaphor, for any who choose to become a disciple, a close follower of Jesus, a Christian.

One may begin by asking in what way Jesus describes his presence among his followers. Jesus did not present himself as their messiah, leader or teacher. The only way he describes his presence among his followers is as a servant, "I am among you as one who serves" (Luke 22: 27). It would therefore be safe to say that Jesus equates his way of being with service.

Consequently, the acid test of the presence of Jesus in a gathering, a Christian community, is service. Where service abounds, there Jesus' presence abounds. A community lacking service lacks Jesus' presence, meaning that the community cannot claim the name "Christian."

But how and where did Jesus acquire the "service spirit" — a question that resonates with the one asked by some of his village-folks: "Where did this man get all this?" (Mark 6:2). Determined to establish Jesus' pedigree, they pressed on, questioning, "Is he not the carpenter, the son of Mary?" (Mark 6:3).

Since they could not wrap their heads around what he had grown to be, they took offense at him. Of course, Jesus was the son of Mary, the mother who nurtured him, did for him what the law required at his presentation, and in whose home he increased in wisdom and in years, divine and human favor (Luke 2:52).

The unique relationship between Jesus and his mother resonates with an African sense of child-rearing. In Africa, a child is literally tied to the mother's apron until a certain age when she/he "notices" the dad.

Maternal influence on a child's character can hardly be quantified, but this is a story for another time. From his mother, Jesus learned how to listen, how to ponder and be available, values that make self-gift possible, building up a resume for service.

Even as Jesus' mission becomes clearer to him, one can hear some echo of his mother's words in his mission acceptance at the Garden of Gethsemane. At the Garden of Gethsemane during his agony, Jesus' "acceptance" speech of his mission, "not my will but yours be done," (Luke 22:42), bears a striking resemblance to his mother's acceptance, her fiat, when she offered herself to God through the angel Gabriel, "Let it be with me according to your word (Luke 1:38)."

We desire to reappropriate for our time the image of Mary as a woman of service, not only as an object of praise and honor. Mary's servanthood, so intricately woven into the tapestry of our lives and religious culture, seem buried under the accolades and adulations given her in the church.

So far, the honor given to Mary in the church is largely what tradition made her out to be. But what she knows herself to be, the handmaid of the Lord (doulē kuriou), is yet to be explored fully.

The true sense of Mary, the mother of Jesus, is service. By her fiat, from the beginning Mary establishes a new relationship in God's community, the community her son, Jesus, inaugurates in a practical way "as one who serves."

In other words, service establishes members of the new community. In this light, service becomes the metaphor for the Christian community. A literal reading of Luke's narrative shows that after declaring her total commitment to serve by her fiat, Mary left immediately to serve, serving at the home of Elizabeth and Zachariah (Luke 1:39).

I must recognize the struggle inherent in appropriating the name "Handmaid." Scholars caused the difficulty with the English translation of the Greek term, doulē by insisting on the translation to mean slave (not servant). The translation as slave, in some subtle manner takes away the full import of the role of Mary of Nazareth as servant of the Lord in the sense, for example, that Moses was servant of the Lord. But by reading Luke 1:26-38 (especially verse 38) as well as looking at how the language for "slave of God" has evolved through time, it is clear that the Hebrew Scriptures present the term as an honorific rather than an inconvenient title. Thus the designation "handmaid," rather than undermine, supports the ministry of service in Church life and society.

When a commitment to belong to Jesus, to serve as he did, comes from the truest of us, nothing, not even an inconvenient title, can stop it from unfolding. To serve therefore is to enter into the reign of God. 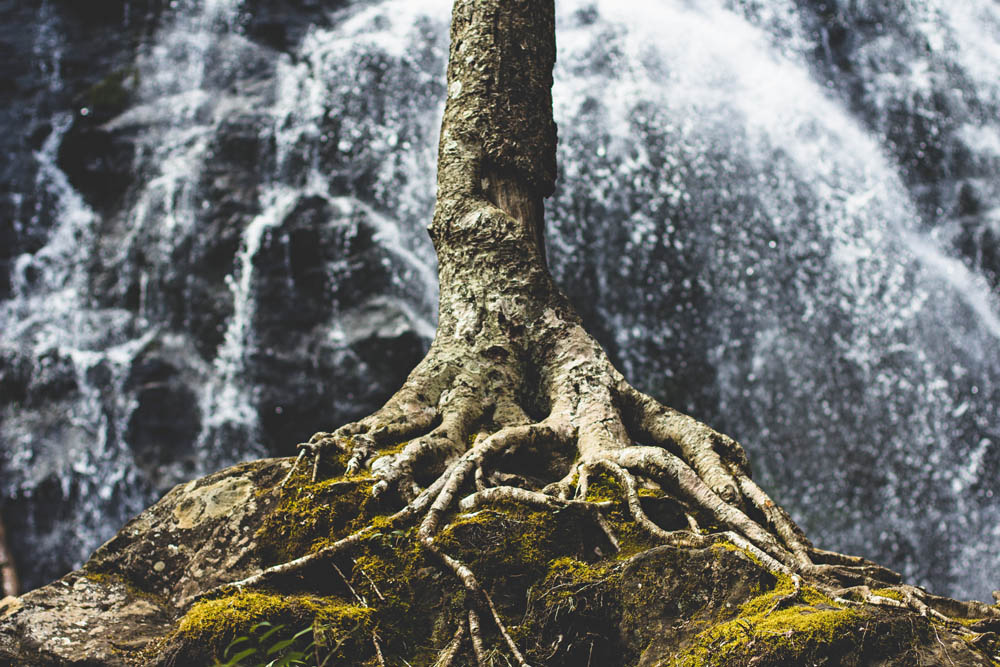