I decided that since I'm unable to go to Rome for the canonization of the greatest man I've ever known, I needed an outlet for my enthusiasm for this approaching occasion. I need to convince the Catholics of Northeast Ohio that this soon-to-be-saint is one of their own. I should know. He was my bishop almost 40 years ago when I served as a member of the Cleveland Latin American Mission Team in El Salvador.

A quick read of the history of those times would reveal a nation erupting into civil war, with its corrupt government undergirded by an equally corrupt press. Truth was a critical victim of the revolution. Into this violent vortex was thrown an inconsequential church leader whose pious platitudes seemed to be empty sputtering.

That is, until that church leader allowed his words to begin to speak of the realities being experienced by his people. He himself was a witness to the violence against them, especially in the unprecedented murder of a priest friend. A new God-energy, born of his fidelity to the movement of the Spirit, cascaded forth from his soul and began to escape through his lips. Archbishop Óscar Romero of San Salvador fearlessly spoke the truth.

Yes, my heart did burn when I heard him speak. His clear, unrelenting search for the truth propelled him to give a "poke in the eyes" to the murderous oligarchs holding power in the tiny, tortured country. Killing a priest, for them, became a patriotic call to duty. Not just killing — but leaving behind tortured bodies to provoke fear was the norm for their tyrannical military. And the cover-ups! Everything was a cover-up. All news back then was fake news.

And perhaps it was exactly because of the truthless environment that the archbishop's words speaking to truth were heard, like a marble falling into an empty metal drum. We all knew that for every word of truth he spoke, a bullet was being readied to silence him. And that day came. And so Romero was martyred at an altar, offering Mass. 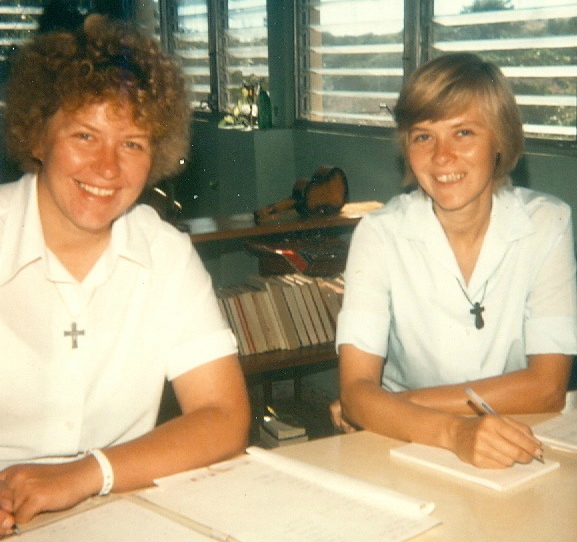 I had the great privilege of knowing Romero, working with him in my pastoral ministry — even lunching with him at a fiesta — and learning some powerful lessons because the love of the church of Cleveland had sent me to El Salvador. I received the love of El Salvador in return, to bring back.

I saw simple farmers so desperate for the truth and the truth-bearer that they placed palm branches and flowers on the dirt road on which Romero would enter, and they cheered him upon his visit to their village.

I personally found myself climbing onto a church bench amid hundreds of campesinos to catch a glimpse of the guru of selfless commitment at the end of a procession, and I applauded with Salvadorans his words of truth.

I had the heart-thumping experience of hearing a truly eloquent homilist wrapping Scripture around his people in an effort to protect them.

I learned that the hierarchy was necessary and consequential when it was in tune with the Spirit of God as evidenced in the realities of the people.

I knew that our Sr. Dorothy Kazel — because she was a person the people trusted — asked to remain in El Salvador a little longer after Romero's death. Her death is directly linked to his.

And so, dear people of Northeast Ohio, celebrate with me this simple servant of God to whom we are all linked through our 50-plus years of friendship with El Salvador: through missionaries and their relatives, mission groups, twin parish connections, dental visits, medical clinics, eyeglass projects, high school visitors, seminarians and other stragglers numbering in the thousands — and all attached to our "honorary saint" that Cleveland can claim in St. Romero of the Americas.

I hope many will join us (at least in spirit) at Mass as we celebrate Romero's canonization. It will take place in Cleveland at the Cathedral of St. John the Evangelist on Sunday, Oct. 14, at 5:30 p.m., celebrated by Bishop Nelson Perez. Come to the reception afterward (following the victory of our football team, the Cleveland Browns!) at One Cleveland Center, where we can continue to rejoice with the people of El Salvador.

[Sr. Martha Owen is an Ursuline Sister of Cleveland. Her ministries have included teaching middle school science and a variety of administrative positions in high schools. She did post-graduate work in international relations, and served on the Cleveland Latin American Mission Team in El Salvador.]