In the mid-'80s Neil Postman wrote Amusing Ourselves to Death, which explored how media affects public discourse. He made the observation that before the telegraph, people found out about tragedies, fires or illness by word of mouth. They felt empowered because they were responding to local situations. They could express their compassion concretely and immediately.

Then, in 1906, when news of the San Francisco earthquake was telegraphed across the country, people were horrified but didn't know what to do. Since the turn of the last century, there has been an exponential increase in the amount of news we hear or read from every corner of the globe. In turn, there is an increasing sense of disempowerment or impotency in the face of such suffering and pain because we don't know what we can do.

Too little "world" news is ever shown on our nightly world news programs. Few of us are aware of the potential of famine caused by shortages of food and potable water in Somalia, South Sudan, Nigeria and Yemen.

We hear about conflicts but rarely all that is going on. On every continent there are serious crises involving governments, militia and guerrilla groups, terrorist and separatist groups and drug cartels.

I think Postman was right. In the face of such knowledge where does our compassion find expression? How can I feel that I am making a difference? How do I resist justifying my inactivity as compassion fatigue?

And then such tragedy and disaster came home. I find myself pondering Postman's insights as tears well up one more time as I watch the news of the destruction on the Americas wrought by Hurricanes Harvey, Irma, Maria and the Mexico earthquakes. So many people hurt, injured or dead. Thousands more displaced, their houses ruined, businesses gone. Cities and countries facing weeks or months without power and the astronomical cost of rebuilding their infrastructure.

As I try to envision what I would take from my house if I faced evacuation, I see people in villages being evacuated and taken to refugee camps with only what they can carry on their backs. I try to imagine what would it be like not to have electricity for weeks — or months, as people in Puerto Rico now face. I see women in Africa coping with less and less food and water, with no end in sight.

Although these situations are different, I wonder if what is happening in our part of the world might help us to see the suffering of people in other parts of our world in new ways, and not dismiss their plight or judge their situations, so as not to act. What is happening near us might enable us to see and name what people are facing in similar ways across the globe; it might help us to get a feel for what millions of people are going through every day. The news of local disasters brings the suffering closer to home but does it empower us?

Those of us who are women religious are in a unique positon to respond. We have sisters in many if not most of the countries of our world. They are in Puerto Rico, the Dominican Republic, Mexico, as well as Iraq, South Korea, Venezuela and other countries worldwide. They live in Florida and Texas. They are not strangers. They, and the people with whom they work, are our neighbors.

We are the local link to share with those with whom we minister what is happening, and how women religious are collaborating with other groups to address some of the problems in creative ways. We could offer places for people to tell their stories, as Global Sisters Report does so well. We might write editorials linking the suffering of those living outside our borders with what is happening here. We could provide groups to whom people could contribute as they can.

Might these recent catastrophes sensitize us here in the United States? If so, perhaps when we hear that we are cutting the money we send to the United Nations, or that our president threatens to destroy North Korea, or that our country may pull out of the Iran agreement as it did with the climate change agreement, we will stop and realize that these decisions affect millions of individual people and our Earth home. Will it help us feel more empowered when we know that global is local, and we can put faces on these places? Will it help us see our interconnection?

For my Jubilee, a friend gave me a Hubble photograph with a quote from the Carmel of Reno. It said, "What we do with our hearts affects the entire Universe." Contemplation fosters knowing and seeing with our hearts. There is no room for compassion fatigue. In addition to the concrete actions we may engage in, there is the action of how we hold the suffering of our world; how we take a long, loving look at what is facing us and our Earth home; and how we embrace it in the spirit of healing. What we do with our hearts does indeed affect the entire Universe. 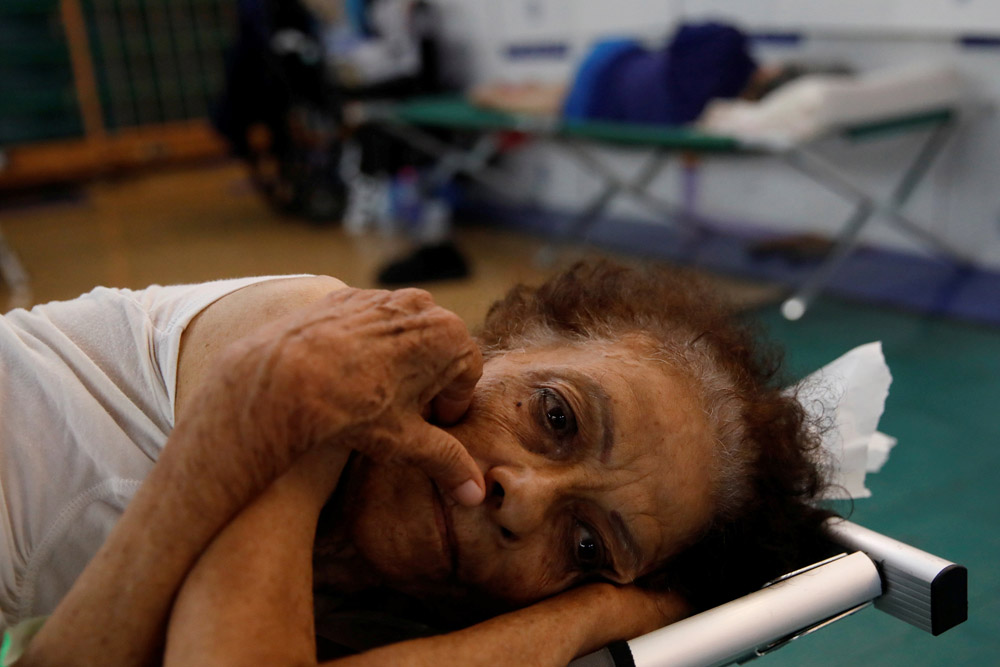