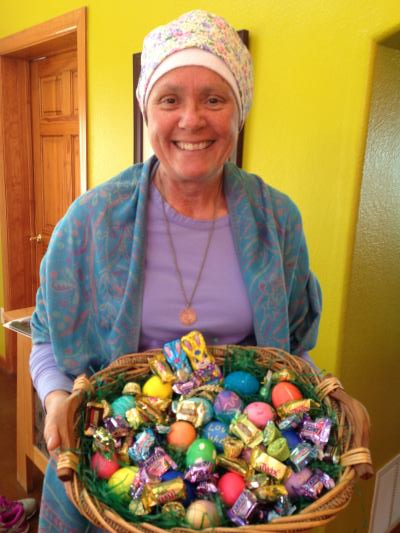 Sr. Janet Gildea, a Sister of Charity of Cincinnati and among the first sisters to write regularly for Global Sisters Report, died April 4, 2019. She was 62.

She shared with GSR readers her passion for religious life, her dedication to helping migrants and her journey battling recurrent cancer.

Sister Janet was born Sept. 11, 1956, to Eugene and Carol (Shelzer) Gildea in Fort Wayne, Indiana, one of six children. She was a Sister of Charity for 36 years.

Her ministries included 35 years of medical service to people who live in poverty in Kentucky, New Mexico, Texas and a colonia in Anapra, Mexico. Later, she worked with migrants on the U.S.-Mexico border in El Paso and served with her sisters at Proyecto Santo Niño, a day program for children with special needs in Anapra. She was also liaison for women religious for the Diocese of El Paso and directed women in initial formation and in the affiliate program for the Sisters of Charity.

Her first contribution for Global Sisters Report, just months after GSR began, was a column on migration at the border: "We mobilized to meet their needs." It could have been a headline out of today's news. 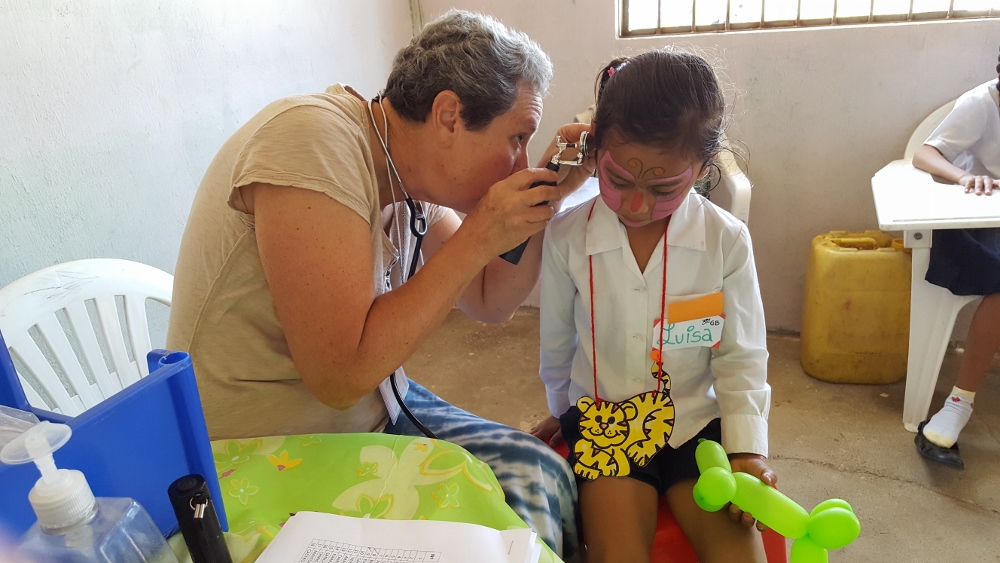 Sr. Janet Gildea checks a young girl's ear at a health clinic in July 2016 in a village known as Luz de Esperanza (Light of Hope) in Ecuador. (Provided photo)

She was also a contributor to the first round of the GSR series The Life, saying in her summary statement that the experience was an "affirmation of my vocation as a woman religious."

Most of her contributions were on border issues and migration (with one humorous foray into composting), but a column on Oct. 29, 2015, begins another story shared with the GSR community: a memorable series of seven columns titled "Inter-Mission" in which she shared her journey with recurrent ovarian cancer after a six-year remission. In a Dec. 12, 2017, Advent column— on the eve of brain surgery — she confessed to a sense of "prophetic urgency" to say everything she needed to say.

In her last column for GSR, "The view from the border bridge" on June 26, 2018, she was back to her work on the border. From there, she left us a parting message and a commission:

This is my moment of repentance and conversion. I am haunted by the words of Marty Haugen's song "Who Will Speak?" I must not be too tired to read one more article or watch one more documentary on the refugee crisis. I will be a welcoming presence at the temporary shelters or an observer at the ports of entry. I will accept the responsibility that comes with the privilege I have as a U.S. citizen living at the border. I will march. I will rally. I will vote. I will share what I see and hear. I will write. I will speak. I will not tire.

She did not tire. 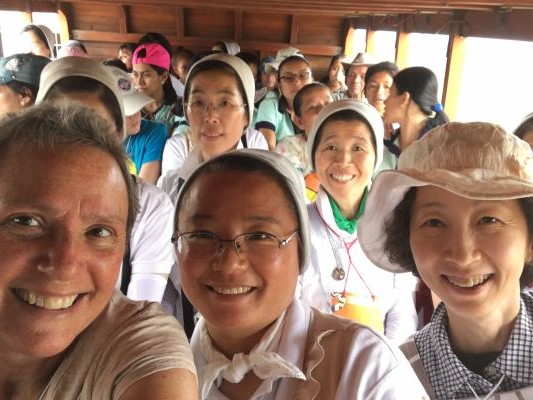 Janet Gildea, left, with sisters of the Korean province of the Sisters of Charity of Seton Hill, on the bus to a village known as Luz de Esperanza (Light of Hope) in Ecuador, where the sisters ran a clinic in July 2016. (Provided photo)

Bishop Mark Seitz will celebrate a Mass of the Resurrection at 10 a.m. April 26 at Sacred Heart Parish at Segundo Barrio in El Paso. The Mass of Christian burial is scheduled for 3 p.m. May 10 in the chapel of the Sisters of Charity Motherhouse outside Cincinnati, followed by burial in the motherhouse cemetery.

Access to all her writings for Global Sisters Report can be found here.

Black, white and shades of gray