It was like a baptism — diving into familiar yet uncharted waters. After only four months with the organization (and one year in the U.S.) I was asked to organize the 10th anniversary celebration of the Asociación de Hermanas Latinas Misioneras en América (the Association of Latin American Missionary Sisters), or AHLMA.

About 100 religious, mostly young women, from more than 40 religious congregations gathered for celebration, dialogue, shared mission and a call to action at the University of the Incarnate Word in San Antonio, Texas, from June 28 to July 1, 2018.

An icon of the visitation was our source of inspiration, as conversation centered on diversity and encounter: two humble women, one sterile and the other virgin, visited by God, allowed the Spirit to transform them—and their assertive response affected all our history.

Sr. Mercedes Casas Sánchez, of the Daughters of the Holy Spirit and president of the Latin American and Caribbean Confederation of Religious, or CLAR, delivered the keynote address.

Projecting powerful images of migrants and families separated at the border, Casas urged participants to leave their comfort zone and take a stand. In a world that promotes a culture of isolation or "desencuentros," religious life is called to connect, support and reach out.

With her characteristic simplicity, the Mexican sister left us with the three Spanish A's of the culture of encounter: acoger, animar y acompañar (inclusivity, support, and compassionate presence). She emphasized that religious women are called to nurture and protect life, particularly where it is most threatened.

She also composed a song for the occasion: "We want to build bridges among cultures and peoples." With this song, Casas invited participants to embark on a journey with marginalized communities, and to live, bridge and reconcile diversity.

The four days of "encuentro" (gathering) included contemplative dialogue sessions. Though the process was new for most participants, sisters realized the need to build reflective communities and to promote "congregational conversations."

In addition, the breakout sessions and the forum provided participants the opportunity to network with other groups in the collaborative Catholic pastoral ministry network that serves Hispanic communities at the national level. Time was given to create partnerships, develop mutual goals and build collaborative pastoral efforts.

The voices of Hispanic grassroots communities emerged in the panel discussion "Las Semillas del V Encuentro" (The Seeds of the Fifth National Encuentro of Hispanic/Latino Ministry). Archbishop Gustavo García-Siller of San Antonio, who has accompanied AHLMA since the association was created in 2008, was one of the panelists.

With great emotion, the archbishop said the border crisis is a sample of what is happening in Latin America and other parts of the world. Because of the emigration influx, the border has expanded: now all of Mexico has become a border, he said. The archbishop — a leading figure in V Encuentro — urged religious to promote a culture where encounters are cultivated and celebrated.

More than half of the religious women present at the assembly were under 50. Sr. Teresa Maya, congregational leader of the Sisters of Charity of the Incarnate Word and then LCWR president, spoke about the age and cultural shifts of religious life in the U.S.

Maya noted that religious life has no borders. The growing migration flow of sisters from América Latina, the aging of religious in this country, and the waves of migration around the world are indicators of this shift.

Maya expressed pride in being a migrant religious, calling it a privilege and a mission. She urged participants to increase visibility and emphasized the need for intentional intercongregational collaboration and dialogue.

The presence of Sister of Notre Dame de Namur Mary Johnson was a sign of recognition and support for the association. Her sociological research focuses on the challenge of diversity and the generational, ethnic and racial shifts that are taking place in the country. Hispanic sisters were inspired by Johnson's bold ministry and widespread influence, and were especially touched by her simplicity. A true "bridge," she participated in listening, encountering, sharing, dancing and welcoming.

The anniversary celebration also offered the opportunity to create partnerships, providing more than 14 national speakers. It was encouraging to have representatives of two religious conferences (the Latin American and Caribbean Confederation of Religious and the Leadership Conference of Women Religious), two vicars for consecrated life (both are AHLMA board members), and representatives of the National Religious Retirement Office, Catholic Relief Services, Catholic Extension Service, several national Catholic Hispanic organizations, and the president of the Mexican American Catholic College.

In a radio TED Talk, Julien Bourrelle mentioned three ways most people relate to culture: confront, complain or conform. As the executive director of AHLMA, I take that as a personal call to promote encounters and celebrate cultural diversity.

AHLMA wants to be a bridge for sisters to benefit and be enriched by the intercultural makeup of the country.

Created in 2008 by Sr. Ana Gabriela Castro, Misionera Guadalupana del Espίritu Santo (Guadalupan Missionary Sister of the Holy Spirit), and Sr. Joan McGlinchey of the Missionary Sisters of the Sacred Heart, the association has official status and an office of two staff members.

Our aim is to accompany Hispanic women religious in gaining interiority, embracing diversity, creating partnerships and strengthening leadership. Young Latina sisters, in turn, enrich and add to the growing multicultural reality of the country.

There are challenges, however: language, visibility, demographics and mobility of its members. Sisters' precarious situations, migration laws, working permits and the needs of their congregations make a continued journey difficult, in this (for most Hispanic women) uncharted territory of the U.S.

AHLMA seeks to equip sisters with needed information and resources, and provide regional formative programs in preparation for the next assembly in 2020.

Our tenth anniversary celebration was a learning experience. It set the wheels in motion. Ten representatives from AHLMA will participate in V National Encuentro of Hispanic/Latino Ministry in Texas in September. In anticipation of this event, our members are learning to speak the language of communion, encounter and reciprocity.

For both Mary and Elizabeth, "encuentro" calls for connection. The growing diversity of religious life in the country offers Hispanic consecrated life the opportunity to continue their prophetic witness and be empowered by the courage and wisdom of older U.S. women religious. In a time of uncertainty and division, there are bridges to be crossed; AHLMA wants to be visible and respond to these challenges. Ultimately, bridging and going forth constitute our identity and mission.

[Sr. Cecilia Sierra Salcido is a Mexican Comboni Sister with 28 years of missionary service. After the 22-year-war in Sudan, she helped establish and served as director of Bakhita Radio, the first Catholic radio station in the country. It served as the flagship for Sudan Catholic Radio Network. After 15 years in Egypt, Sudan and South Sudan, Sierra worked in Guatemala with survivors of the 36-year internal conflict, contributing to the establishment of a community TV station, Televida, and a cultural center. Since 2017, she has served as the coordinator of the Comboni Sisters Community in Richmond, Virginia, and the executive director of the Association of Latinoamerican Sisters missioned in the U.S.] 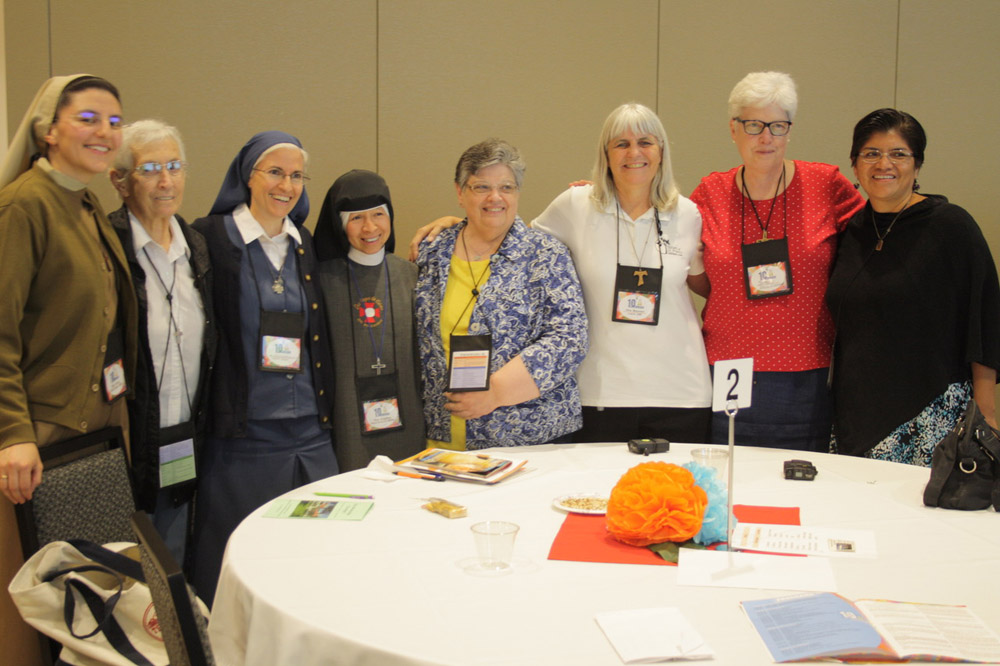 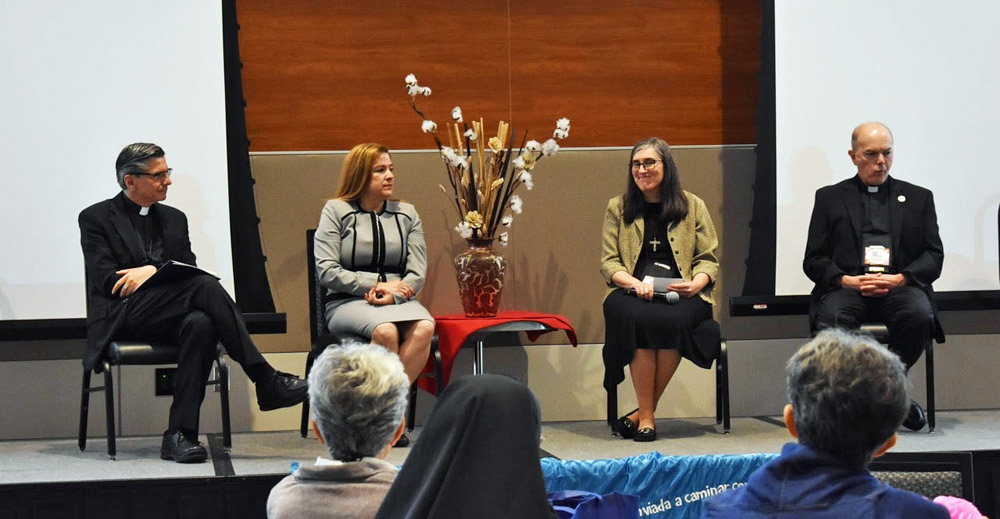