Modernity continues to produce phenomena that were never before seen in many parts of the African continent. One is the emergence of street children. The ever-increasing number of them in cities across Nigeria strains the African adage, "It takes a village to raise a child," as well as invites a critical reflection on the proverb in the light of present reality. Even in the so-called Oil City of Nigeria, Port Harcourt, the number of street children is becoming a source of anxiety – because of the children and also because of the future of the nation. Women religious have waded in to mitigate the dreary situation of these youngsters, who live in dismal conditions on the streets.

More than 10 years ago, the Daughters of Charity of St. Vincent de Paul established De Marillac Centre, a home for street children in Port Harcourt. The center is located in Diobu, a not so elegant part of the city. This group of women religious live and work with young people – boys and girls, ages 10-18 – rescuing them from the streets and providing them a safe haven from the harsh world they have come to accept as home. This place of hope aims at rehabilitating the youngsters, reintegrating them back to their communities, restoring lost dignity and making them become agents in building a vibrant society.

Sr. Emerechi Alimnu, the founding director of the center, says it has more than 650 children on its list; 75 children live in the home while more than 36 have been reintegrated into their families. She states that most of the center’s children are not from the area. Many drift into the city from faraway villages, places as far as 300 miles from Port Harcourt, seeking greener pastures.

But how did the children get to be on the street in a society where family, in its extended form, seems of utmost priority? Again, the idea of a street child appears a misnomer in a society where children are celebrated in such Igbo names as Ginikanwa, literally, "what is greater than a child?" It addles our imagination to see that, in this society, a child can be so neglected and allowed to languish in the streets.

It appears that something fundamentally went wrong. We leave it to sociologists and psychologists, to provide a more in-depth response to the inquiry because that is not our concern here. Suffice to say, a combination of issues can lead a child to take to the streets, issues such as family breakdown, extreme poverty and other untoward circumstances. And these events may be connected to the winds of change – accelerating through the information super highway of the Internet and mobile phones – that are sweeping through every nook and cranny of the world. It is so clear that Africans are totally unprepared for this cultural change. The ensuing transformation challenges traditional institutions, the root metaphors of society, on which the people have hung their mores over millennia. The results are manifested by a proliferation of street children in cities across the continent.

African women religious are not bystanders in this circumstance, the sisters remain deeply connected with their people and stand with them during these socio-cultural turbulent times. The Daughters of Charity witness to this connectedness in their mission with the poor, drifting youngsters in Diobu. Ministry to the street children is typical of the crossroads and margins where Pope Francis urges religious to pitch their tents. De Marillac Centre has become that tent, the proverbial village for the proper upbringing of an African child in Port Harcourt. The Daughters of Charity capture this thought of appropriate child rearing in the motto of the center: "Their Potential is our Inspiration." That is to say, the thought of what these young people may eventually become motivates the sisters in this special ministry.

The sisters have put in place several programs to enable youngsters to develop their full potentials and also to give back to society. The passion to restore dignity, lost in the extreme fight in the survival of the fittest in the streets, colors the center’s curricula. A modest environment, a one-story building that houses the sisters and the children, warmly welcomes visitors inside. And the family-style concept forms the basis for all other curricula. Each young person participates actively in community building. They pray and eat together as well as do household chores. Everyone is actively engaged. With a staff of nine and in collaboration with other professionals, the center provides counseling services and job training, as well as educational opportunities. A significant number of the children complete their elementary and high school education, and some proceed to the university. Others undergo vocational training for carpentry, dressmaking or even learn to market food items. De Marillac Centre runs on charity. The center is funded by persons of good will and several churches and organizations.

How do the children get to the center? Most of them come here not by way of recommendations. The sisters actively seek them out in the open markets and on street corners. The police sometimes drop off vagrant kids to the sisters. My close interaction with a few of the youngsters at the center made me understand that these kids are not the “juvenile criminals” society labels them. Many were forced by circumstances beyond their control to take to living on the street without direct support from anybody. With a gentle touch of love and the warm embrace of the Daughters of Charity, as well as the generosity of the people of God, Port Harcourt’s street children have a chance to blossom, flourish and to add value to the society. 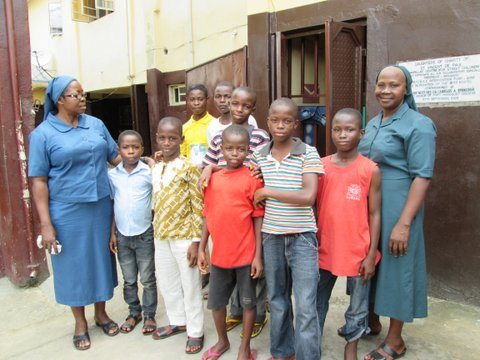 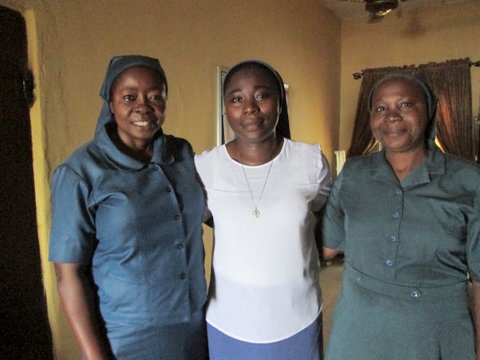 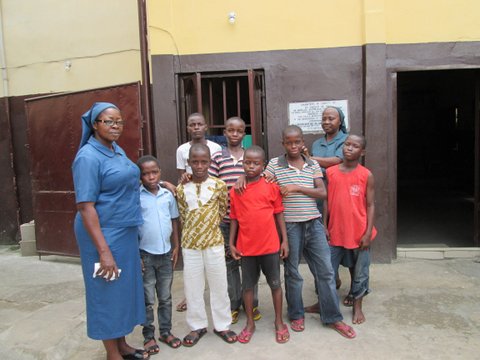