After retiring from 30 years of teaching, I wanted to do a service project in each of the countries my former students had come from. The first place I went was Haiti, to teach English classes for the Little Sisters of St. Therese of the Child Jesus. As a co-member of the Loretto Community, I noted that both Loretto and the Little Sisters are indigenous orders, one founded in the U.S. and the other in Haiti, about 135 years apart.

Now, 19 years later, I am still going to Haiti two or three times a year to help the sisters where I can and help Haitian students get scholarships for university. I go to Haiti as an individual representing the Loretto Community and the many good people who help with donations.

This time, when I went in January, I came to better understand where the Little Sisters of St. Therese get their funds, do a workshop on grant writing for them, and, of course, check in with our many scholarship students.

We arrived at Rivière Froide about five hours after my plane landed. We made many stops going through Port-au-Prince — you always want to get the most out of every gallon of gas! They need a new well at Rivière Froide, so I was even more careful than usual using water. They are paying 6,000 gourdes ($100) per week for a truckload of non-potable water for washing and cleaning, unless rain puts water in the old cistern.

The latest insult to the people of Haiti is that the government is trying to raise the price of gasoline, which affects just about every part of life. There has never been a lot of electricity, but this time there was none. The government tried to say Venezuela raised the price of gas; the truth is that the money from the government-run sale of gas was misused, so Haiti cannot pay for the gas sitting in tankers in the harbor. When a gas station is open, there are usually long lines.

I really had to plan carefully to keep my cellphone charged when I was in a car or when the generator was running (if there was money for fuel).

Farmers cannot get their produce into the cities, so they can't pay for education for their children. There is not as much food for sale in the cities. Cellphone companies are having problems continuing service. It is questionable how long Port-au-Prince's airport (Toussaint Louverture International) can continue to remain open.

The Haitian dollar has devalued: At my September, 2018, visit, it took about 13.4 Haitian dollars to make one U.S. dollar. In January, it was 15 to 1. All prices have increased, but salaries have not and shortages were more pronounced than ever.

How do the sisters manage? I call the Little Sisters the "Loaves and Fishes Sisters." Their main source of income is from things they prepare and sell: peanut butter, jelly, bread, sweets, clothing, candles, wine, liquor, natural medicines, fish, embroidery, vestments, pomade, Communion hosts, school supplies, and good drinking water. They receive help from private donations and grants, money from international charitable organizations and the Catholic Church, and from twin parishes and schools in the U.S.

The Haitian government pays for some teachers, students and hospitals — sometimes! Many ministries are in debt, and few of the sisters working in the field are able to send money back to the congregation. I have often seen the older sisters giving their food to the younger ones going out to their missions. They always tell me, "They will need the energy to do their work in the countryside."

Some donors have provided new equipment for making Communion hosts, an important source of income for the sisters. But they need a generator to run all of the equipment. When it is up and running, they will be able to almost double their output and increase the income from this business.

It was a hard year for the Little Sisters. Seven sisters died in 2018, two in a car accident and the others of illnesses. At least three of them probably would be alive if they had had modern medical treatment.

I visited their small infirmary, full to overflowing with very sick sisters. Sr. Helene — with whom I used to dance and sing — is now bedridden with Alzheimer's. Another sister has a broken hip. The sisters are looking for some sort of ambulance to get her down the mountainside to a hospital. It will be wonderful when the new infirmary is completed; about half finished now, it is being built in a typical Haitian way: build a little and then add more when you have the money.

My grant-writing workshop was successful; the sisters were eager to learn and asked excellent questions. They learned how to gather statistics, write a site description, develop measurable goals and objectives. At the end they wrote proposals.

The scholarship students are all doing pretty well. Our scholarship money has decreased, so some of our university students have to take turns, attending one semester and then taking the next one off so that someone else can attend.

The students with disabilities living at the orphanage and attending school are also doing well. Several are continuing to progress to upper grades (more costly), and we have to pay motorcycles to transport some of them up and down the rocky mountain road.

Professional schools are some of the most difficult to keep open. The expenses and tuition are high, though of shorter duration. At Rivière Froide, they teach tiling, masonry, carpentry, agriculture and secretarial skills. But they must be doing something right: Graduates have started a project raising chickens and selling them to students' mothers. The women sell them in town and save money to send their children to school. Before, people had to buy most of their chickens from far away. Another graduate told me about a club he started. He has about 50 boys and girls to whom he teaches environmentally sound agriculture. He hopes to complete his agricultural studies at the university when we find the funds.

I was able to go to Gros Morne — the hardest hit community in the October 2018 earthquake. The three sisters that operate this mission have done a remarkable job. Every one of the 740 girls who attend the K-8 schools has returned! Most of the school buildings were destroyed. They can use the bottom floor of one condemned building (162 years old!), but soon those students will have temporary classrooms.

One 7th-grade girl said she learned that she could be strong. I am sure the example of the Little Sisters inspired that answer. The sisters are living in one room of a building with only partial walls remaining. What these three women have done is a miracle, and we are trying to raise money to rebuild their convent.

We had set out at 5 a.m. to reach Gros Morne and returned to Rivière Froide at 8:30 at night. Usually we try to be back to the relative safety of a convent by dark, but there were too many police roadblocks and terrible traffic. Port-au-Prince is not safe at night, but our driver, Jean Deni, always knows the places to avoid when there are demonstrations or violence.

My takeaways: I saw students succeeding, dedicated teachers, Little Sisters working hard to improve the lives of the poor in Haiti, thousands of good people doing their best to make the world a better place, and the Haitians leading their best lives. They have much to teach us about how to keep going no matter what happens!

[Barbara Wander is a co-member of the Loretto Community who taught for 30 years before retiring. She has been working with the Little Sisters of St. Therese in Haiti for many years.] 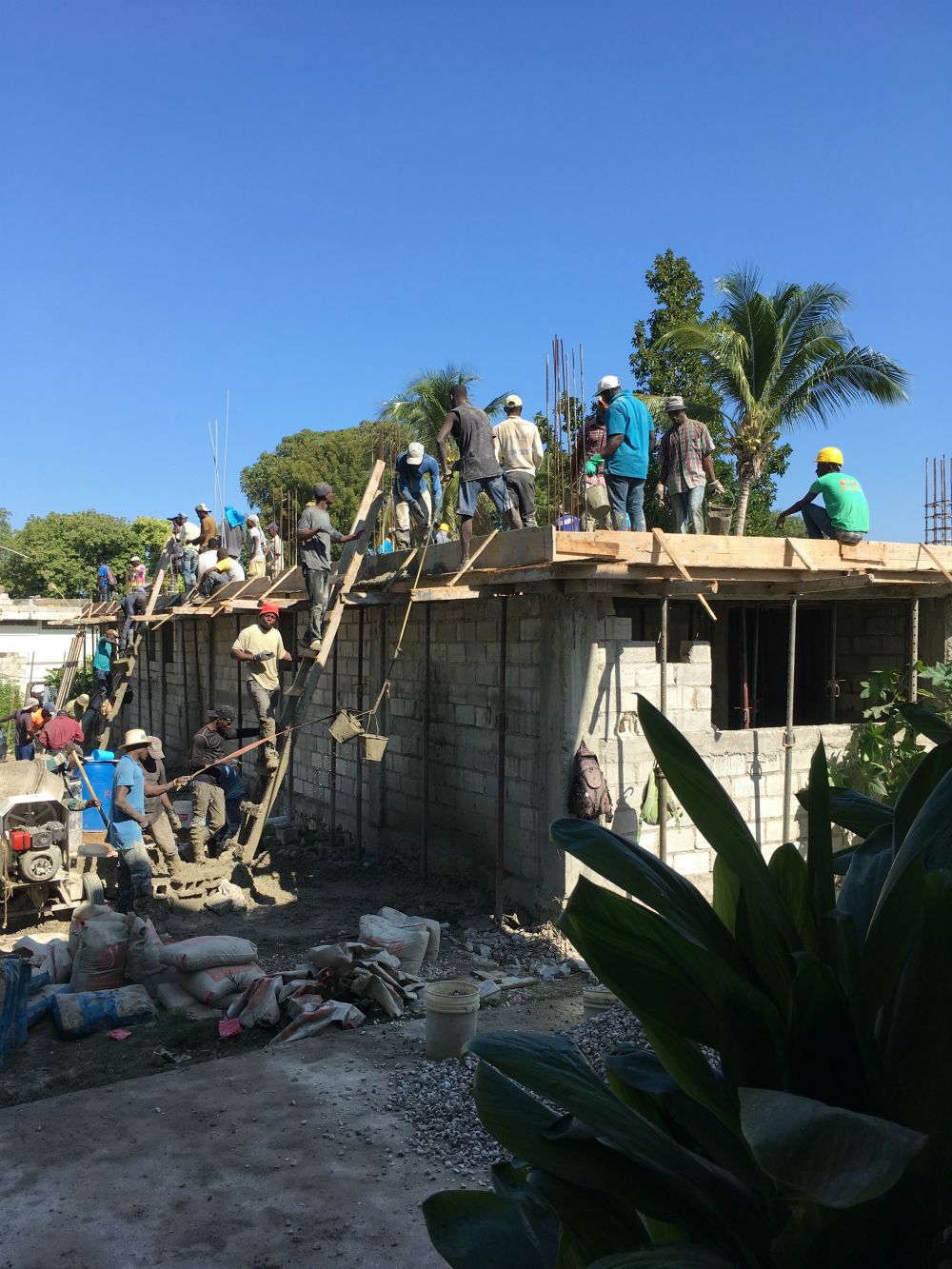 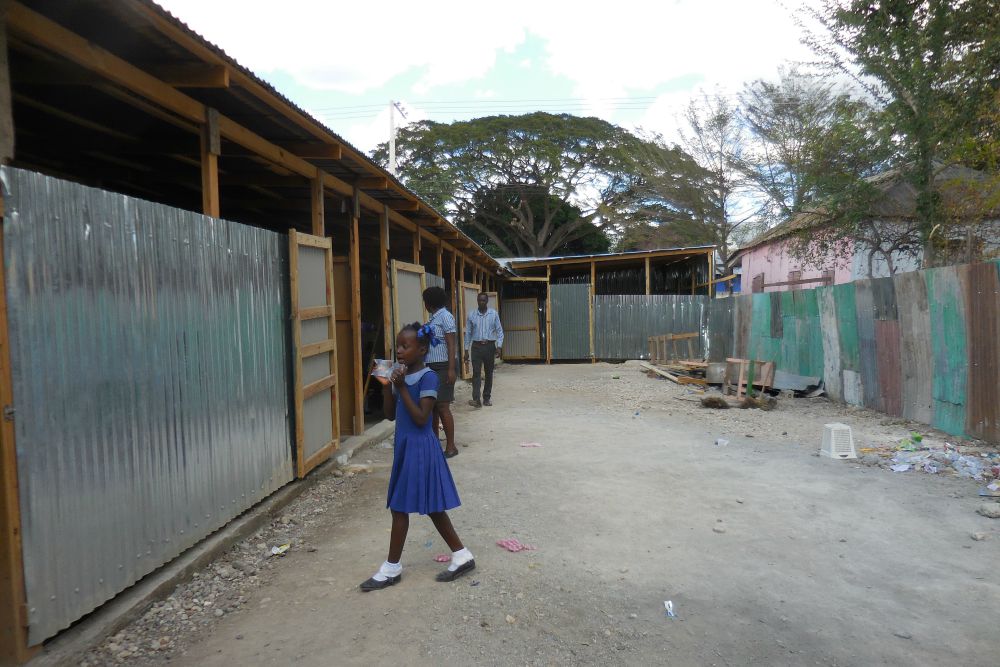 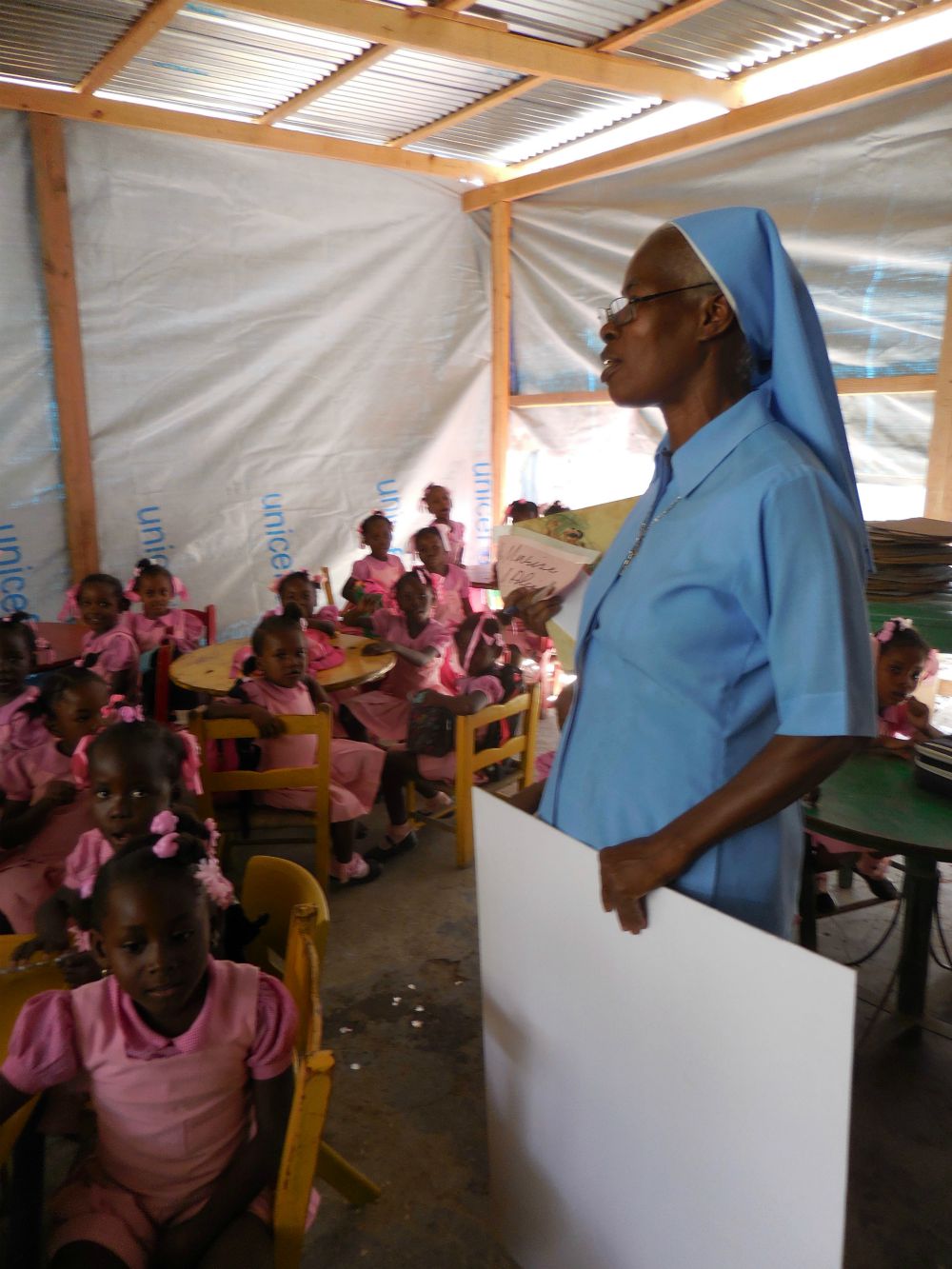 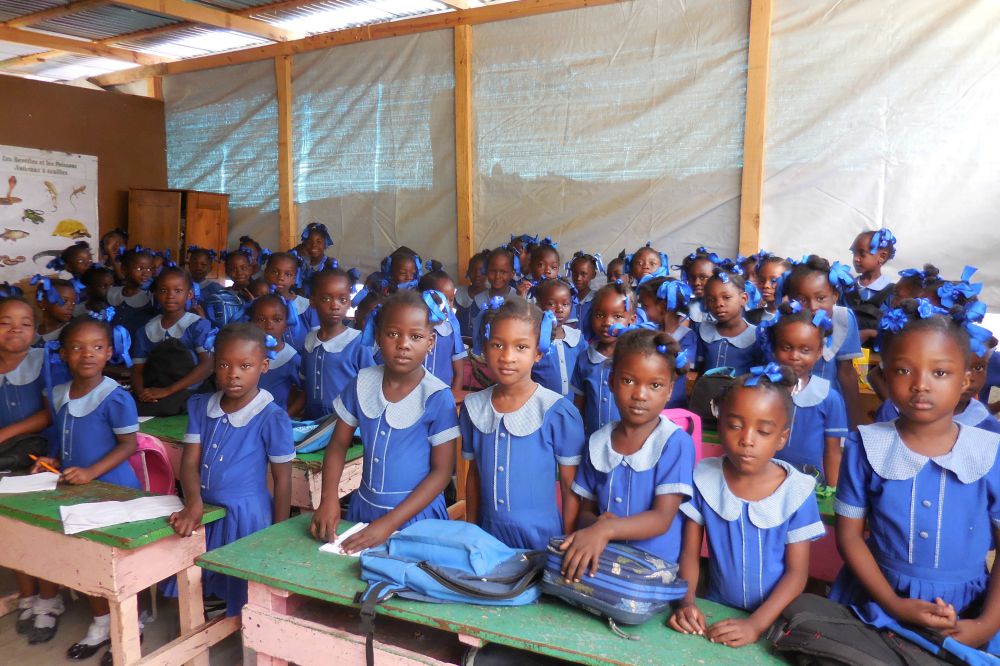