On Oct. 28, 1992, I sat at my computer in St. Louis, Missouri, with the radio on for background noise. I heard snatches of phrases about "Liberia … five nuns … missing." Snapping to attention, I realized this had to be us. We had five sisters in Liberia.

I called Sr. Elizabeth Kolmer, Shirley's sister and Mary Joel's cousin, but she knew nothing. That vague news set in motion a long and painful journey for the community. Although the Adorers of the Blood of Christ (ASCs) and the families of the five sisters killed in the Liberian civil war did not receive official notice until Oct. 31, 1992, Barbara Ann Muttra, Mary Joel Kolmer, Shirley Kolmer, Agnes Mueller and Kathleen McGuire had been shot Oct. 20 and Oct. 23.

The St. Louis and southern Illinois media, both church and secular, filled the air waves and print with stories of the deaths, even as many of our sisters wished for a more private grief for the unspeakable loss of five courageous women.

The memorial services crowded the early days of November. The first funeral, for Kathleen, Agnes and Shirley, was Dec. 13. It was followed by Mary Joel's and Barbara Ann's funeral on Jan. 17, 1993. The services consumed the community with grief, anguish and even pride in the heroism of the sisters who had lived our paschal mystery charism in ways we could never have imagined.

At the funerals, Christiana Nah, one of the Liberian women who were candidates for the community at the time, wailed in a typical Liberian expression of grief; her ululation piercing our hearts and expressing sorrow beyond our tears.

We seemed frozen with loss and sorrow for well over a year; community gatherings were often joyless times of bewilderment and lack of focus. But we Adorers of the Blood of Christ lived into our charism and into the hope to which five brave women called us.

It would take a while before we did not fear that hope.

We know we are meant to be in the spots from where the most vulnerable and neglected of our brothers and sisters call to us. So we began tentative explorations back to Liberia with sisters, associates and students visiting in 2008 and 2017.

Sr. Raphael Ann Drone, one of the original Liberians, worked as a volunteer with the Society of African Missions from 2012-2015 until the Ebola crisis sidelined many missionaries. We were gathering enough hope, strength and courage to return to a blood-soaked country.

The hauntingly strong melody and lyrics of Rory Cooney's "Do Not Fear to Hope" that had sustained us during the funerals seemed to encourage us to discover more strength in the spirituality of the blood of Christ.

Those five pools of precious blood soaked into Liberian soil, and the Liberian people keep the dream of peace for Liberia alive in the Sisters and Liberians. In honor of their memories, there are now Barbara Anns, Shirleys, Kathleens, Agneses and Joels with Liberian faces. The land remembers; we remember.

Even more than remembering, we dream into their legacy. Former community member Ramona Chebi Virgil commented, "As I have witnessed the many legacies of the ASCs — service, prophetic witnesses for the kingdom, love for all, peace in the world, educating when necessary — I have set out to leave my legacy of doing whatever is necessary to leave the world a better place (same as the ASCs) by my own example."

The 25th anniversary of the five sisters' deaths is a celebration of their lives, their inspiration to us to continue to live into their heritage and legacy and to share the community charism, no matter the cost. These five women of hope and courage urge us to their same passion for justice and compassion. Their lives and the Gospel message motivate us to seek the vulnerable among us.

Plans are unfolding to return as an international ASC community, comprised of sisters from the United States, India and Tananzia. American ASC Sr. Therese Wetta met with the bishops of Cape Palmas and Monrovia, Liberia, and with priests taught by the sisters. They told her that the sisters "challenged them to think that many things were possible that they hadn't even considered."

We would be welcomed back by the people and the church to participate in healing and reconciliation.

In June 1993, almost two years after their deaths, I finally found the words and wrote this poem:

"Write," a friend said. "You are
potter with words, crafting
ideas into shape, form and grace."

How can I spill easy words
when I see five pools of
precious blood
soaking Liberia's soil?

One day, a day of
passion, courage, truth, love and joy,
their fiery spirits will
ignite words
into our lives poured out
as deeds of justice, love and peace.

Perhaps that day has dawned; we are ready to follow them into a new land.

[Regina Siegfried is a 57-year member of the Adorers of the Blood of Christ, an international community with U.S. regional offices in St. Louis. She teaches inter-community women novices at Aquinas Institute in St. Louis and coordinates RCIA at her urban parish, St. Vincent de Paul, where she is also one of the "sewing ladies" who mend backpacks and clothing of low-income and homeless guests who come to the parish for meals.] 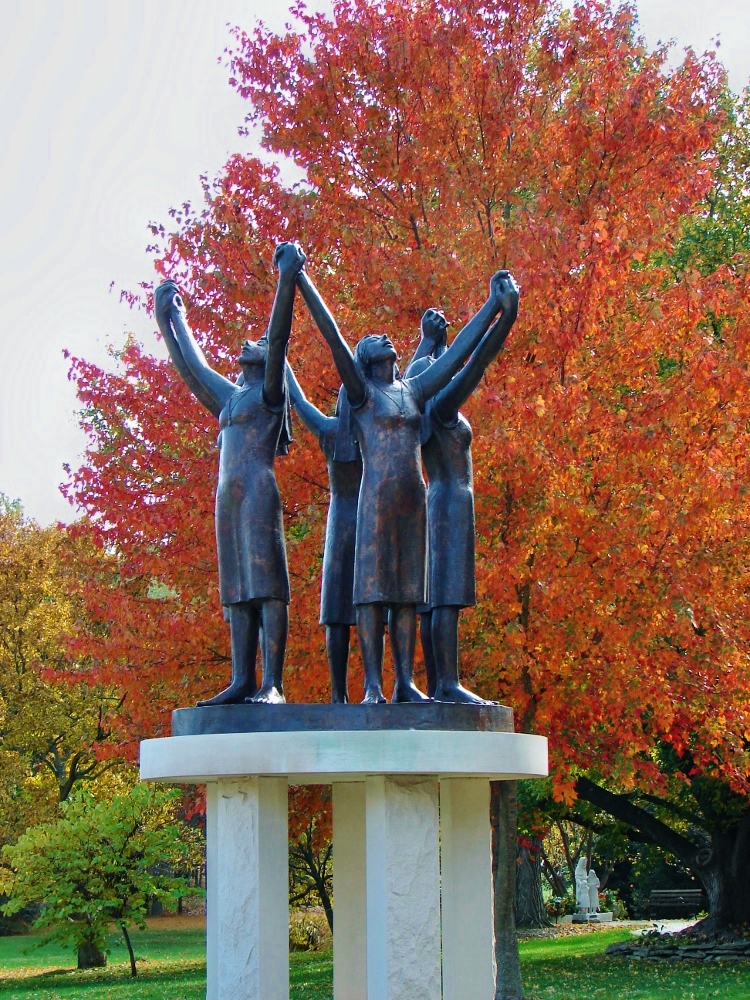 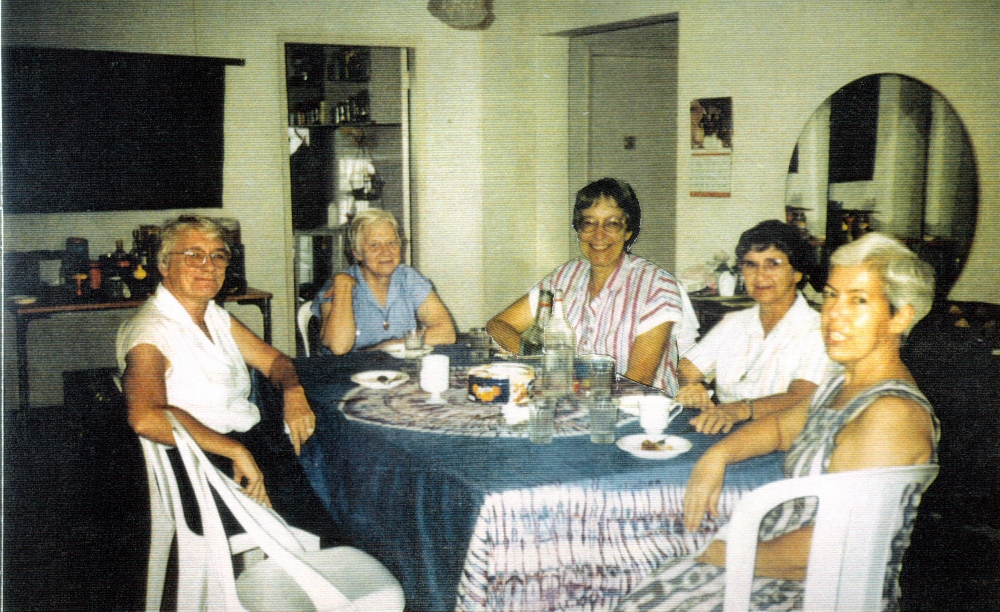 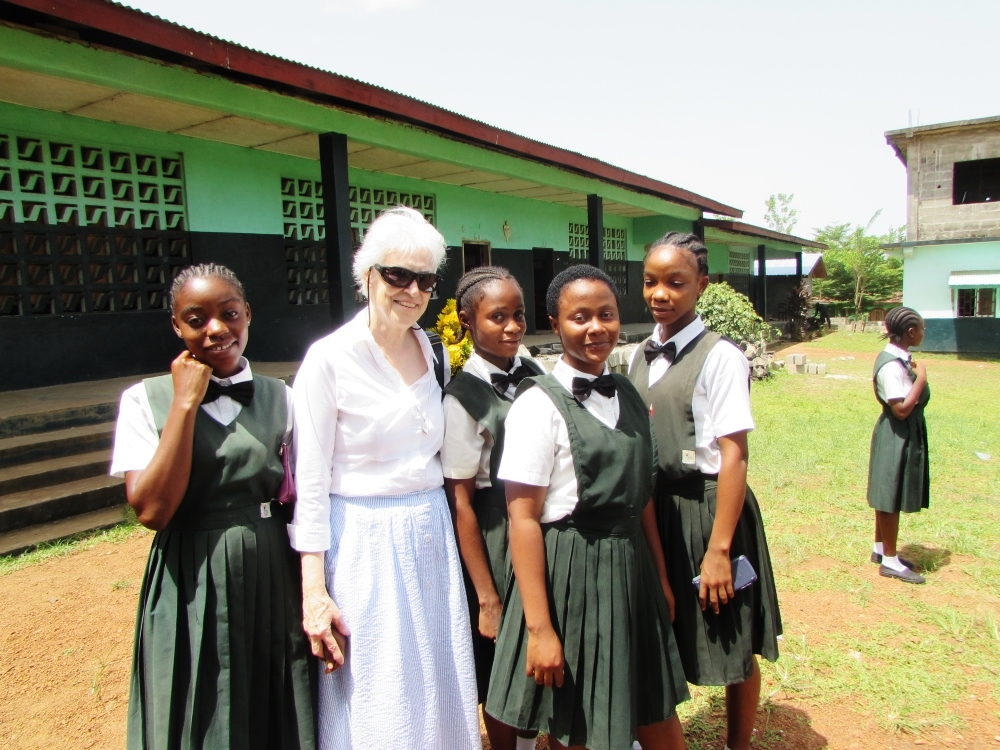