Ash Wednesday this year was designated a day of prayer for all women religious in the country by the Nigeria Conference of Women Religious. The theme for the day was "Nigerian Catholic Nuns, Upholding the Sacredness of Life through Prayer."

We in the Port Harcourt Diocese form a conference headed by Immaculate Heart of Mary Sr. Maureen-Claire Otie, who is the area president.

Our conference meets at regular intervals, but this is the first time we met to pray publicly for Nigeria. The same is true for the other conferences. Why this public gesture of prayer for our country?

Nigeria, like some other countries in the Global South, is struggling to take its proper place in the community of nations. And not unlike others, the country is beset with problems — some inherited and others self-inflicted.

One has only to watch CNN, for example, to hear the harrowing tales of human trafficking, terrorism, abduction of school girls, killings, and other disturbing events. Worried by these troublesome issues and the increasing rate of killings in the country, the Nigerian Conference of Women Religious called for a collective public national prayer rally, 10 a.m. to noon on Ash Wednesday, for an end to the alarming trend.

For years, sisters, priests and the people have been praying private and group prayer for the country, for a change and for (as the psalmist prays in Psalm 90:15) "joys to balance our afflictions." Therefore the Nigerian sisters' conference made a public outcry by taking their intentions, for the first time, into public nation-wide forums.

They cried out, seeking the face of God in upholding human dignity in the country. And their petitions are backed by positive actions to alleviate human suffering. The sisters continue, in many ways, to be in solidarity with the grassroots, especially the "least of my people."

Although no placards or public speeches were made, the sisters kept the counsel of St. Francis of Assisi to "preach the Gospel, and if necessary, use words." They "preached" without words but by their presence and prayer. They prayed in solidarity with the millions denied justice, those who suffer and for the many whose lives are taken away for no reason at all.

Here in Port Harcourt City, many women religious, led by Otie, converged on the grounds of Our Lady Queen of the Holy Rosary Chaplaincy at the Catholic Institute of West Africa for the event.

The rally began with a rosary procession punctuated with hymns and intercessory prayer. They moved off the church property to the frontage road paralleling the Aba-Port Harcourt Expressway. Most of the prayer period was spent in the shadow of the landmark bus stop, known as "First Artillery."

The designation "artillery," a martial term, dates back to the Nigerian Civil War (1967-1970). A group of soldiers were stationed in the area during that war. It was providential that the sisters' prayer exercise should take place in that area, given the events that occasioned the rally.

Furthermore, the choice of Ash Wednesday, a day the Holy Mother Church reminds her children of their mortality and their earthly pilgrimage status — "remember you are dust, and unto dust you shall return" — made the experience very profound.

The passersby looked curiously at that group of praying/singing Ssisters, pacing along the institute's frontage road in the shadow of a busy bus stop — so unusual in this part of the city peopled by wayfarers.

Although women religious in some parts of the country had rallied for the cause of justice in the past, the prayer rally of Ash Wednesday this year is the first nation-wide instance of sisters rallying in public forum to seek the face of God through the intercession of the Blessed Virgin Mary. 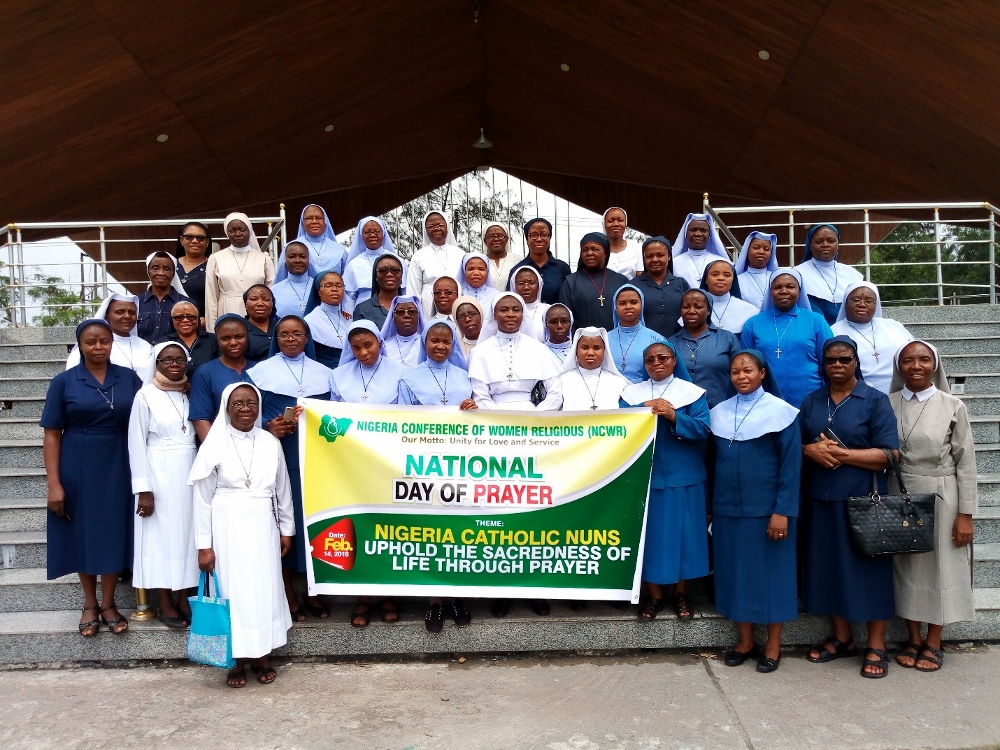 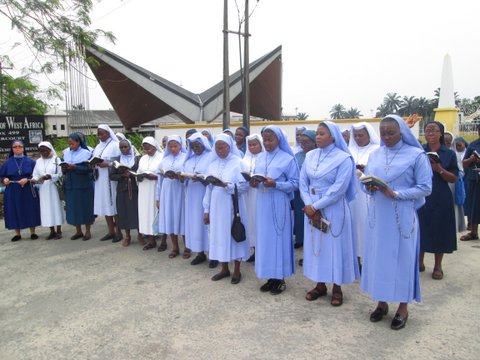 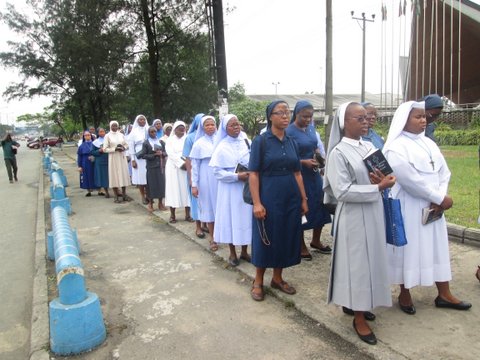