The names and concerns of thousands of students and counseling clients have amalgamated into blessings I enjoyed, blessings I struggled to accept, and lessons learned. After nearly 30 years, I still warmly remember one student who taught me a critical lesson.

I was a couple of years out of formation and determined to make a difference. I took my teaching responsibility for formation of the whole person seriously. I would not just teach a subject, but teach students. I would incorporate the strengths of those who had taught me and dodge their deficiencies. I would care about my students and pray for them. I was "all in" this ministry thing!

I was excited about my first high school teaching assignment: teaching ninth graders general science. My mentor, a seasoned, "older" sister in her mid-40s, advised me to keep my rules simple and expect them to be challenged. She assured me that if I kept my rules few and clear while following through with the prescribed consequences, I could enjoy the students after Christmas vacation.

I wisely copied some of Sister's classroom policies regarding behavior, absences, missing work and cheating. I was particularly proud of my strategy for conflict management. Having regrettable experience with defiant students in elementary and junior high, I wanted to ensure that I would not have to assume the role of "mean nun" again.

To that end, part of my class orientation included how to approach me, or any teacher, in the event of a disagreement. I explained that processing such during class distracted from education and created a nonproductive power struggle that the teacher would always win. I detailed the impasse created by a student who would not want to lose face before his/her peers and the teacher who would maintain authority.

I went so far as to model for the students how to initiate such conversation explaining that the best setting was after class and without an audience. I told them I would welcome them and be impressed by their maturity and gumption. I felt good after the orientation day! I felt I had given my students tools for life. I had gone an extra mile!

The days and weeks flew by. Ever focused on being that stellar teacher, I had lost track of a valuable lesson shared with us in our formation years. In those days, we had been advised to remember that ministry is not entirely about what we may have to give. Those to whom we minister would have something to teach us. I would soon get a piercing review lesson!

It was a ninth grade general science class. There was a markedly disruptive student in this class. His misbehavior had become a daily feature, and I was out of interventions. He accumulated detentions and double detentions for not serving the original ones. Why he had not been expelled was a mystery to me.

On this particular day I had been ignoring his silent antics, choosing not to let him provoke me or derail the class. I slyly planned to outlast him with patience and let his conduct die from lack of attention. As I turned to write on the chalk board a rubber band just missed my eye and bounced off the slate. The nearness to my eye was the last straw! The office of the dean of men was adjacent to my classroom.

I said something to the student in question about his behavior being as dangerous as it was inappropriate and escorted him next door to the dean's office. The dean and I exchanged knowing looks, and the student was seated without a word. Inwardly trembling with anger but feeling good about responding appropriately and effectively, I returned to my class and finished the lesson.

He approached me after school that day. Not the student with the rubber band, but the tall slender student who had the first question after I returned from the dean's office. His name was Delano Bester. He said, "Sister, could I talk to you a minute? I understand why you were mad at 'George,' and he deserved to be kicked out of class. But when I just asked a simple question you were all mad, and I didn't deserve to be talked to like that."

Stunned, then awed by his maturity and poise, I apologized for my tone. I then related how impressed I was by his courage, diplomacy and sense of personal dignity. I told him such skills would serve him well in life. And I told Delano I was sure I would never forget him. I haven't. In my memory, as if it were an hour ago, I watch him bounce out of my classroom and think, "Lessons learned."

[Mary Deborah Giles is a Sister of Notre Dame of the Toledo Province, who taught at both the elementary and secondary levels. Her graduate work included a degree in Christian spirituality, with certification in retreat and spiritual direction, and a master's degree in Community Counseling. A mental health and addictions therapist licensed in the state of Ohio, she currently ministers at Desert House of Prayer in Tucson, Arizona as a spiritual director.] 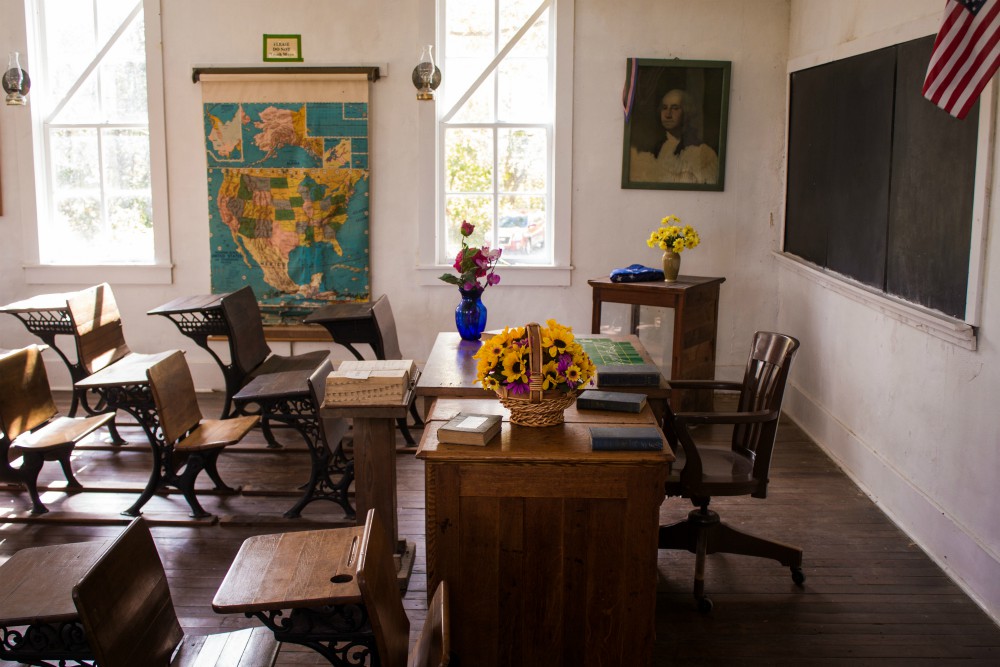