Meet Sr. Celine Saplala OSB, but don’t be misled. She may be small in size but she is certainly big in heart. This Benedictine nun serves as Director of the Institutional Social Action Center for St. Scholastica’s College in Manila. Not only did she extend a warm welcome to us (a group of Catholic teachers from Australia), she has also been welcoming the poor and marginalized into the lives and hearts of her students and faculty. This may not be so extraordinary if not for the fact that St. Scholastica’s College is an exclusive women’s institution for the rich and famous. It numbers amongst its alumnae the country’s first woman president, Corazon Aquino. It is where many of the nation’s millionaires, politicians and top CEOs send their daughters to be educated.

Intuitive thinking would suggest that they do so in order to maintain the status quo or to stay away from the masses. But most do so for precisely the opposite reason. As one of the high-school students we met put it, “The reason why my parents sent me here is because they want me to have a holistic education, to be a good person and not just to be academically successful.” Another reiterated that, “This is a school with a difference. It enables us to be agents of change.”

Founded in 1906 by a group of German Missionary Benedictine Sisters of Tutzing, St. Scholastica’s took a radical decision in 1975 when it committed the entire institution to social justice and peace. Considering that this was in the midst of the Marcos dictatorial regime, when martial law was invoked, its emphasis on “Education for Justice” stands out like a sore thumb waiting to be severed.

Since then St. Scho (as it is better known by) has been a “socially oriented school,” says Saplala, “placing issues of justice and peace and human rights at its fore.” It opened up a Night Secondary School for poor working women in the neighborhood, and the Benedictine Priory also began sending sisters on missions, especially to poorer provinces serving tribal communities and also to less-developed nations in Africa.

In the 1980s St. Scho introduced the Women’s Studies Program which eventually led to the establishment of the Institute of Women’s Studies (IWS). Thirty years on, the institute has attained international stature for its gender studies, feminist theological training and women empowerment courses and caters to students coming from Asia, the Pacific islands and Africa.

What did all this effectively mean for the Scholasticans? Saplala confirmed that “the whole school is involved” in the social outreach. Today, when their kindergartners go out on Halloween to trick or treat, they race to collect not so much sweets and candies but books and school supplies, which they then pass on to poor kids from the barangays. Grade school-age Scholasticans participate in exposure programs where they meet with underprivileged children and are encouraged to donate essentials such as slippers, raincoats and umbrellas to them.

When natural calamities such as hurricane Haiyan or the Bohol earthquake hit the Philippines these students would help out in Sr. Celine’s office which is effectively turned into a packing center for receiving and sending emergency goods and food.

The high school Scholasticans take up more independent roles, including mentoring and tutoring of kids from the slums, visiting the orphanages or prisons, fundraising for programs on behalf of street-children or volunteering at environmental clean-ups. They are also taught to have a socio-political conscience and are educated in advocacy work so they can participate in anti-poverty campaigns. The university level students at St. Scholastica are provided with short- and long-term opportunities where they can be immersed in poorer communities and do service, missionary and volunteer work, sometimes for a year and sometimes even abroad.

The faculty outreach committee is charged with organizing programs, especially those which promote sustainability, respect for human rights and dignity of persons and the environment. Saplala shared with us a case whereby when some St. Scho teachers visited smaller and poorer provincial schools and discovered that each teacher there was allotted only one box of chalk per year, the St. Scho teachers began to request their friends to give them boxes of chalk as gifts for their birthdays. They would then send them off to their new-found but less privileged colleagues and friends.

All this is made possible because the school’s leadership has not only committed the St. Scho community to “Academic Excellence and Social Responsibility,” but also because they are right there in the trenches dirtying their hands together with the students and faculty. The president, Sr. Mary Thomas Prado, OSB, for example, personally leads her sisters in numerous projects, including ecological campaigns, mass rallies and anti-corruption protests. Past-president and Prioress Sr. Mary John Mananzan, OSB, is internationally well-known for exposing women-abuse cases and for standing alongside victims of injustice, including those who have suffered in the hands of clerics and church officials. To be sure, the sisters and the Scholastican community were there at the two People Power Revolutions which toppled their nation’s presidents.

This was all an eye-opener for us who were visitors from Australia. We were actually in the Philippines to learn about Catholic Education and Social Justice (see A Journey of Contrasts in The Philippines). The “education” and “social justice” dimensions were very obvious at St. Scho, as was the “Catholic.” Every step of the way we heard the students attribute their commitment and passion for social outreach to “this is our Catholic faith.” In case we missed that, a loud reminder came at 12 noon when the school bell rang and the entire school came to a stand-still. Over the Public Address system we could hear, “The Angel of the Lord declared onto Mary.” In unison the students and faculty responded, “And she conceived of the Holy Spirit.” 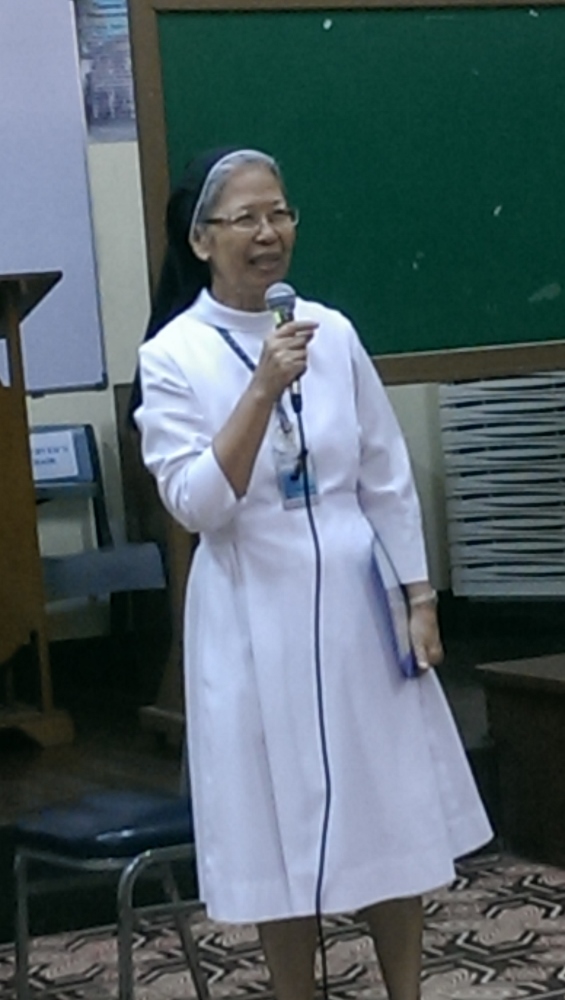 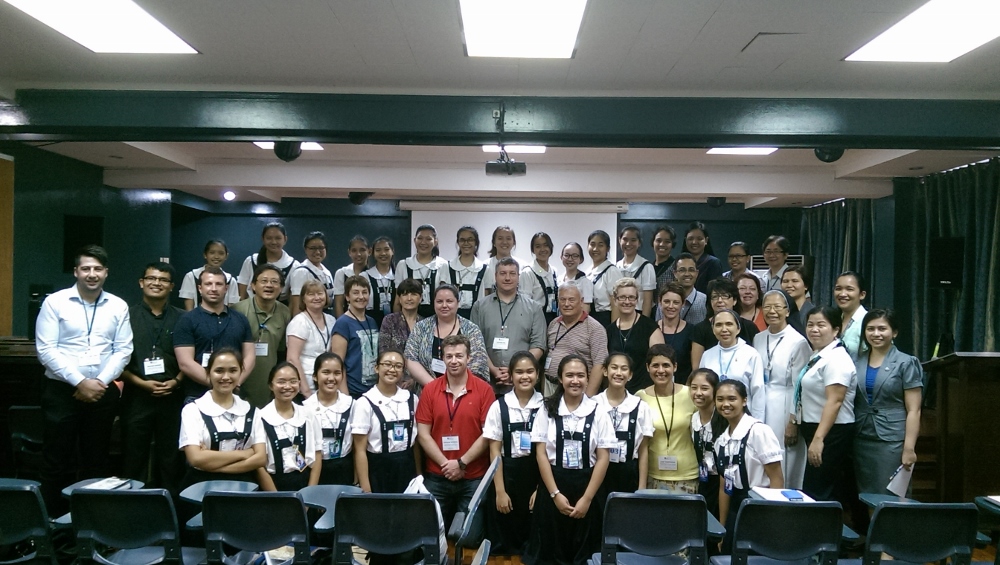 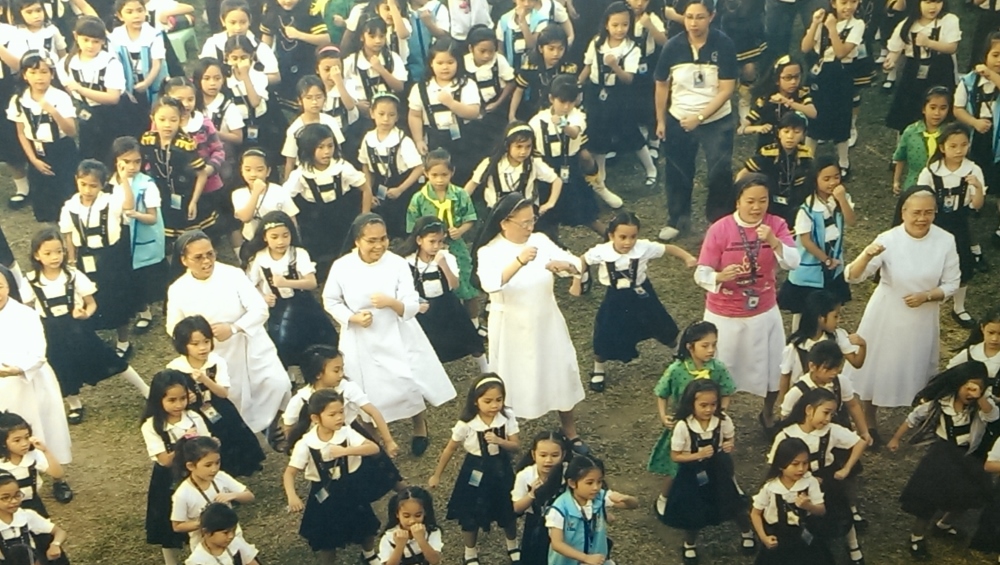 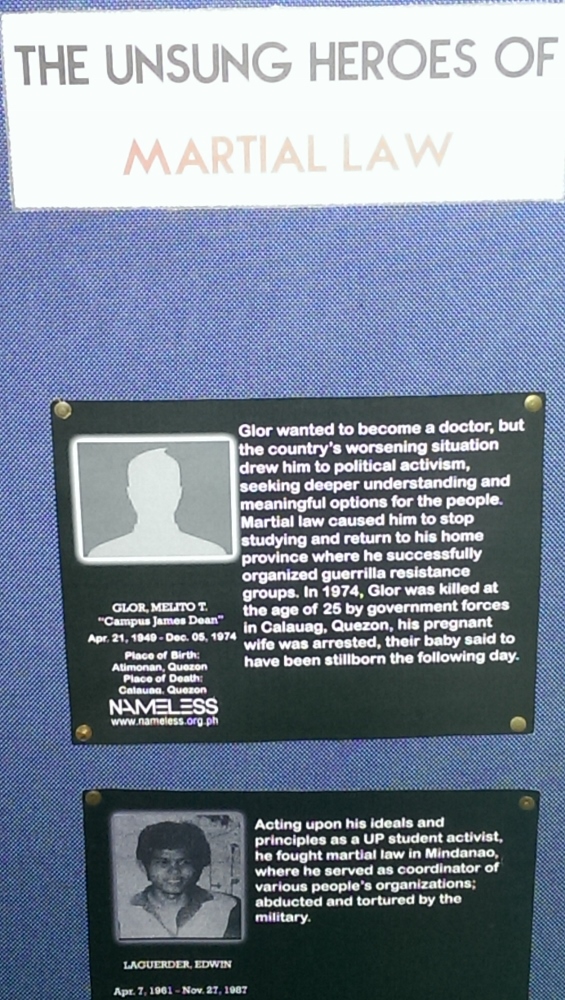 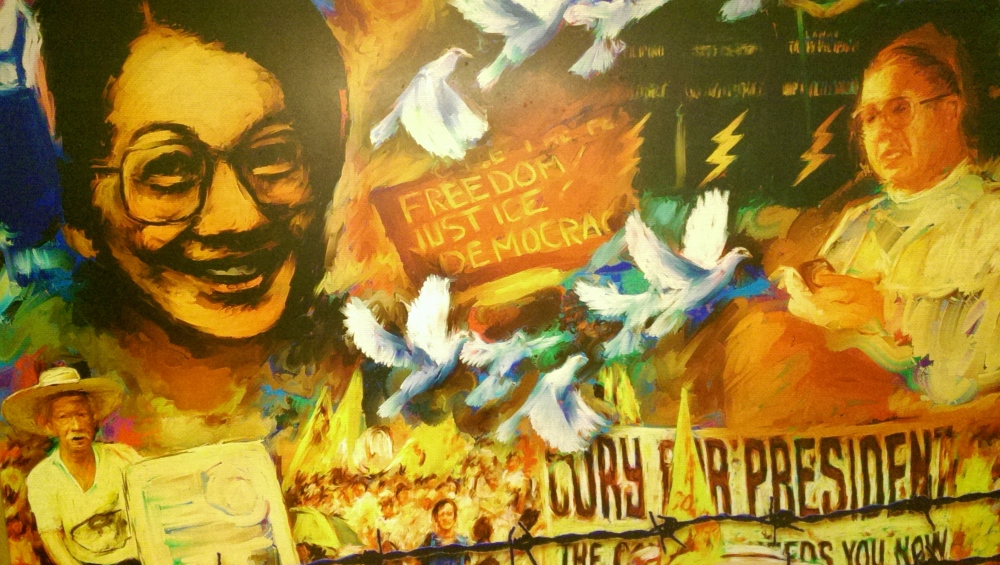 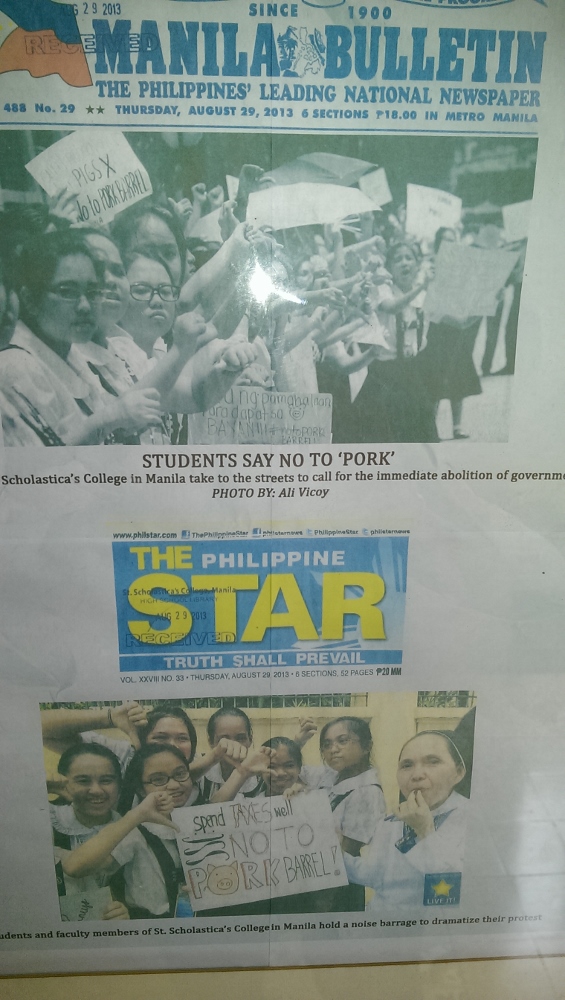 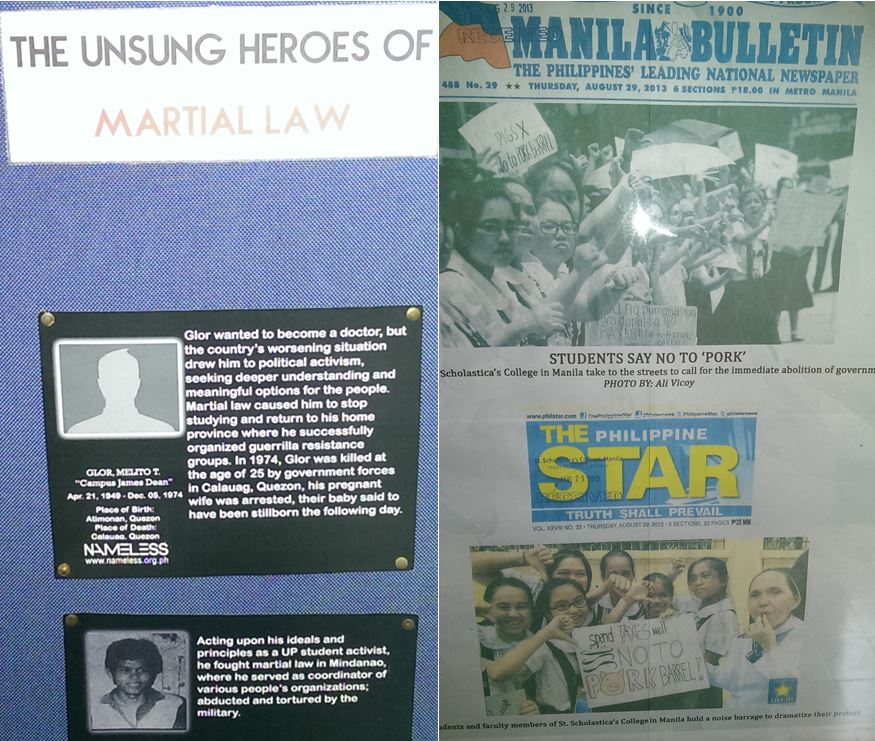