It's all there for birds of Home Depot 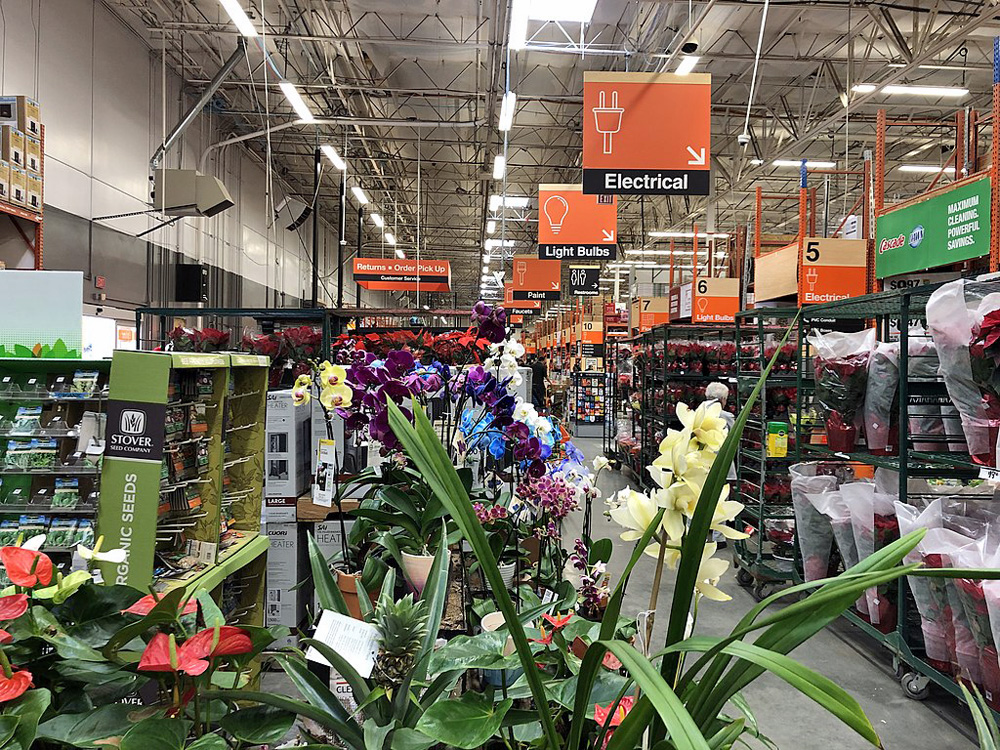 "If it should turn out that we have mishandled our own lives as several civilizations before us have done, it seems a pity that we should involve the violet and the tree frog in our departure."
—Loren Eiseley

Warnings of climate disruption continue to escalate. We're losing whole species all over the planet and disturbing the lifestyles of others. Among our endangered and exotic kin are orphan salamanders endemic to cool Colombian forests; glass frogs and screeching frogs; fairy shrimp and rainbow snakes; Sumatran elephants; the vaquitas in the Gulf of California; and the giant quiver tree of southern Africa.

We may have seen the last of the merry shadowdamsel, and the pink velvet worm. The starry sturgeon with her galactic tattoos is dimmed by overfishing. The peacock tarantula with his sapphire belly struts and frets his final hour upon the continent of India.

Here at the local level in the Pine Barrens of New Jersey, we see natural patterns changing in the short span of our own lifetimes. We find seagulls in our parking lots and pigeons on our beaches. The lady's slipper orchids and the bog asphodels need protection in these pinelands, where the white-tailed deer population explodes. And we worry for the frosted elfin and the Pine Barrens tree frog; and the corn snakes and the bog turtles; and the long and short-eared owls, the stubby-tailed bobcats. And who isn't planting milkweed this year, amidst their heirloom tomatoes, for our beloved monarch butterflies?

But this piece isn't about habitat loss or diminishing biodiversity or how we humans might handle ourselves more politely in the family of ongoing creation. This is about a new species I'm secretly watching evolve in a curious new habitat: the birds of Home Depot.

It's all there for them, in a big-box store at one end of a strip mall in Lakewood, New Jersey — spilled bags of peanuts, thistle and sunflower seed, fresh water in a demo Zen-garden fountain, and safe rafters to roost in, with no weather to blow them out. No predators to hunt them — just the occasional butt of a janitor's broom. Nothing to die of but old age and gluttony.

They swoop down through the lumber department forests of two-by-fours in Aisle 1, and over the Aisle 6 Kitchen quarries of fake stone; over the fields of powder room fixtures; through the garden center groupings of potted topiary trees and flats of gravid annuals — hybridized to double their blooms. They flutter around vines of red velvet clematis trained onto arbors of interlocking bamboo hearts. Why does my heart ache when I hear them calling from the plastic shelves of paradise?

A few miles down the road outside our convent kitchen window we put up bird feeders early one spring, to catch a closer look at our avian others. The usual south Jersey species came: juncos and chickadees, cardinals and yellow-shafted flickers, cowbirds, red-winged blackbirds, and a red-bellied woodpecker, at 5 o'clock sharp each afternoon. Ubiquitous were those the local birders refer to as the "LBJs" — the "little brown jobs" no one bothers to mention by name.

We learned something of their eating habits and community relations. Mourning doves hold the ground with chipping sparrows; titmice chat like squeegees on glass; finches (purples and golds) have seasonal wardrobes and prefer thistle seed. Blue jays sound the alarm when the red-tail hawk drops in.

Then the peaceable kingdom shatters. Squirrels, hanging inside out and upside down from suet cakes, scoot off-stage to a chestnut oak for cover. It's rough out there; there are risks worth staying alive for. From dawn to dusk they come and go; we witness their feathery freedom, which arises, as our freedom does, from unearned benefaction. They are more than their hunger.

Don't you imagine wild things doing the unimaginable when we cannot see them?

When the violets and the tree frogs vanish, and the "little brown jobs" slip back under cover of thicket and shade — don't you just know they reenter the source of us all?

Released from habits and hides put on to move among us — under feather and petal and skin is luminous form perfected in formlessness. All their noble beaks and hooves and whiskers are left by our elegant kin on a branch or dropped on the forest floor until we see them again — if they let us see them again.

But these, the birds at home in Small Appliances, Aisle 9, who can no longer reach the sky, whose rhythms align with the buying of vacuums and can openers, the ones with eyelids and wings as dusty as unsold stock: by what grace do they still soar on the ancient song inside them, unbound by even my longing to set them free?

Spirituality | It's all there for birds of Home Depot

Sometimes it's not the sunrise: Listening to the still, small dog

Find your heart space in turbulence