While growing up in an insignificant village in Kerala, southern India, I never imagined that one day I would become a religious, let alone a theologian. But today, that is what I am, a Presentation of the Blessed Virgin Mary sister and a feminist theologian. Deep within, I feel that was God's call for me, and I am happy to be a theologian in the Indian church.

In fall 2014, I was elected as the first woman to lead the Indian Theological Association. This is my story of arriving there.

Where do I begin? I was happy as a schoolteacher, a career I started in 1984. Two years later, I was asked to go for a bachelor's degree in medicine since our congregation needed doctors to staff our hospital and dispensaries. Though I had a Bachelor of Science in zoology and chemistry, I was not qualified to enter medical school because I did not have biology at the plus-two level (12th grade).

The next option was to become a lawyer and serve the poor in that capacity. I was drawn to that role. But even before I could pursue a law degree, another request came from my provincial asking me to go for theology.

At first, I did not like the idea at all. But under religious obedience, I took up my study of theology at Vidyajyoti College of Theology in New Delhi. After a week of study, I felt I was in the right place. I was very much taken up by the contextual approach Vidyajyoti promoted in doing theology.

For instance, my first course was an introduction to theology and sociocultural analysis. Besides the exposure to the reality of those who live in poverty in city slums, we were taught in this course how to look critically at and analyze what is happening in our society. The regular visits to the slum as part of our theological study program helped me to look at everything from the perspective of those living in poverty, especially the women I met during my visits.

After completing my bachelor's degree in theology, I went back to teaching. Then Vidyajyoti, interested in having a female professor of theology, invited me to join its teaching staff.

It was at Vidyajyoti that my feminist consciousness was awakened. Most of the professors who taught me, though men, were feminists. I am grateful to them for awakening the feminist in me. Being one of the marginalized and victimized groups in India, women and their problems often came into the classroom as professors dealt with different topics. Some professors used inclusive language, which was new for me at that time, while others interpreted the Scriptures keeping in mind the oppressive situation of women in our society.

When my provincial, Sr. Grace Chacko, asked if I would like to join the Vidyajyoti staff, I was not at all enthusiastic. I took almost four years to say yes. I first discerned God's call in the attitude of Sister Grace. She told me that it was high time we religious moved out and contributed to the larger church and society rather than confining ourselves only to our congregation.

I wanted to work with those made poor. That was one of the reasons for my reluctance to join the faculty. At the same time, I was also committed to the empowerment of women. Finally, I said yes to join the faculty. I thought that even my presence in the faculty as a female professor would have its own impact on the students, both male and female. And, as a female theologian, I could give my special attention to women in poverty.

First and foremost, I did not want to shy away when an opportunity came my way to do my share as a woman because I believe that women can and should contribute in every sphere of life. I also realized by then that working for those who live in poverty can be done in various ways. If I could motivate at least five students every year to commit themselves to the cause of the poor, that too is a contribution toward the marginalized in our country.

What has been my experience so far?

I joined Vidyajyoti as a teacher in 1999. On the whole, my experience has been very positive. I felt accepted by my students and colleagues. Most of my colleagues in the initial years were my own professors or my theology companions. I received a lot of encouragement and support from many of them. I felt at home in their company, and I enjoyed theological discussions with them. They never made me feel that I was different or less competent. They were sensitive and caring. Students, by and large, cooperated with me, and it was a joy to share with them.

Having my base in Vidyajyoti also opened other avenues for me. I joined the Indian Theological Association in 2002 and other such organizations. I got opportunities to present papers in various seminars and to write articles and publish them. In many of these places I would be the only woman present, but that did not bother me.

Even though only a few female theologians are members of the Indian Theological Association, its male members treat us as equals. I enjoy taking part in the annual meetings, and I have been entrusted with executive responsibilities. I was elected as its first woman president, a post I will hold for three years. As president, I hope to encourage more women to become members and present papers at the association's annual seminar.

My interactions with bishops and archbishops at professional events have been positive so far. When I was invited by Caritas India to present a paper on "The Role of Caritas in Evangelization," several bishops were present. After my presentation, quite a few of them congratulated me for my work.

That does not mean that there were no challenges. Being a woman, I had to make extra efforts to prove myself capable. Sometimes I do feel excluded. The challenge is to go ahead in spite of such drawbacks. There were strong temptations to stop on the way. Sometimes the reason for exclusion was not so clear. It could have been due to my gender, or ethnicity, or any other reason.

For example, during a book release function involving five of us who were authors, I was the only one who had to find a place among the audience while all four male authors got places on the stage. Another time, a male colleague got his book released in our college, but that opportunity was denied me.

I experienced reluctance in demanding rights that were denied to me. I feared I could be labeled as selfish if I were to fight for my rights. It is easier to speak for others than for myself. I would rather let go than make an issue out of it.

Our society is still very much patriarchal in its attitudes and value systems. By and large, women are not treated as equals, be it at home, in the church or in society. Most seminarians have internalized such attitudes. It is difficult for them to treat women with respect and see them as equals. These feelings get a boost when they become ordained as priests. Being part of the hierarchical church, many of them automatically assume a superior position and relate to laypeople in general and women in particular with an attitude of superiority.

Of late, some seminaries and theological faculties in India have introduced courses on feminist theology or other related subjects to create gender sensitivity among seminarians. Though this is a welcome step indeed, this alone cannot achieve the desired outcome of bringing about an attitudinal change in the seminarians.

Looking at the New Testament writings apart from the Gospels, I often wonder what had happened to Mary Magdalene after she shared her experience of the risen Lord with the apostles. We do not hear of her or her missionary activities. I cannot imagine Mary Magdalene going back to her home and leading her earlier normal life after her unique experience of encountering the risen Lord. What happened to her tradition? Why is it not recorded?

Recently, while teaching a group of seminarians, I told them about the patriarchal elements in the biblical passages and how we need to be alert to such underpinnings in the Bible. Immediately, one of them responded by saying that the Bible is an inspired book and therefore every word in it is inspired. He then asked me for an example of what I was describing. I took the Bible and read Numbers 5:11-31, a complicated set of instructions for determining a wife's unfaithfulness and punishment. After the reading, I explained to the class how I feel about this passage as a woman and how I cannot accept that it comes from a loving, compassionate and just God who revealed him- or herself through Jesus Christ.

My journey as a systematic theologian with a feminist blend has been meaningful for me so far. I feel an inner satisfaction knowing that this is a special call from God for me. I hope to continue in this line and contribute my share in furthering God's reign in our times.

[Sr. Shalini Mulackal is a member of the Presentation of the Blessed Virgin Mary (Union of Sisters) congregation and lives in New Delhi. She is the president of the Indian Theological Association.] 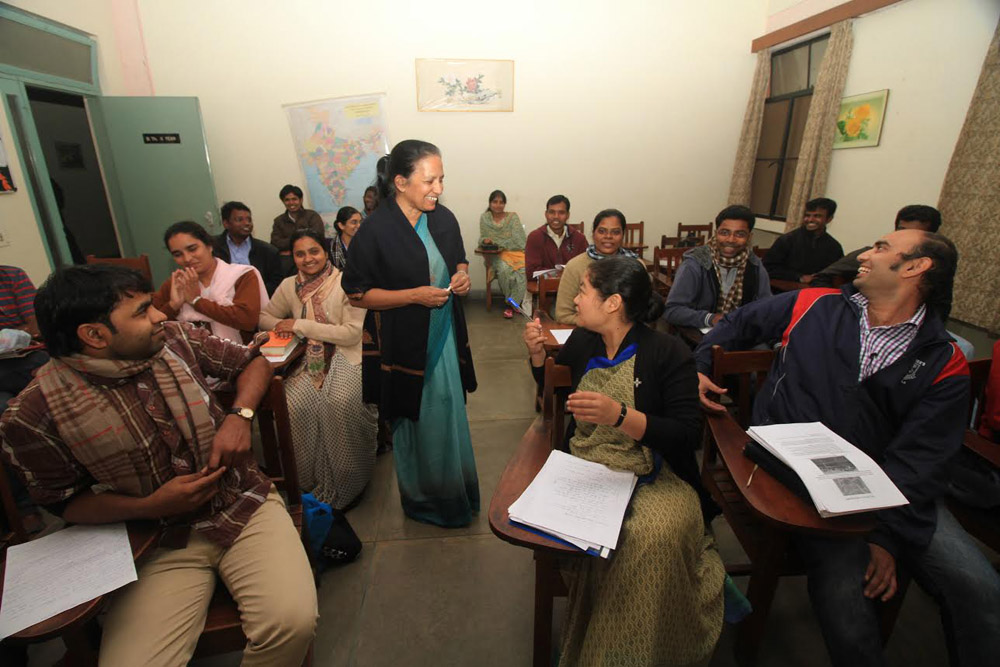 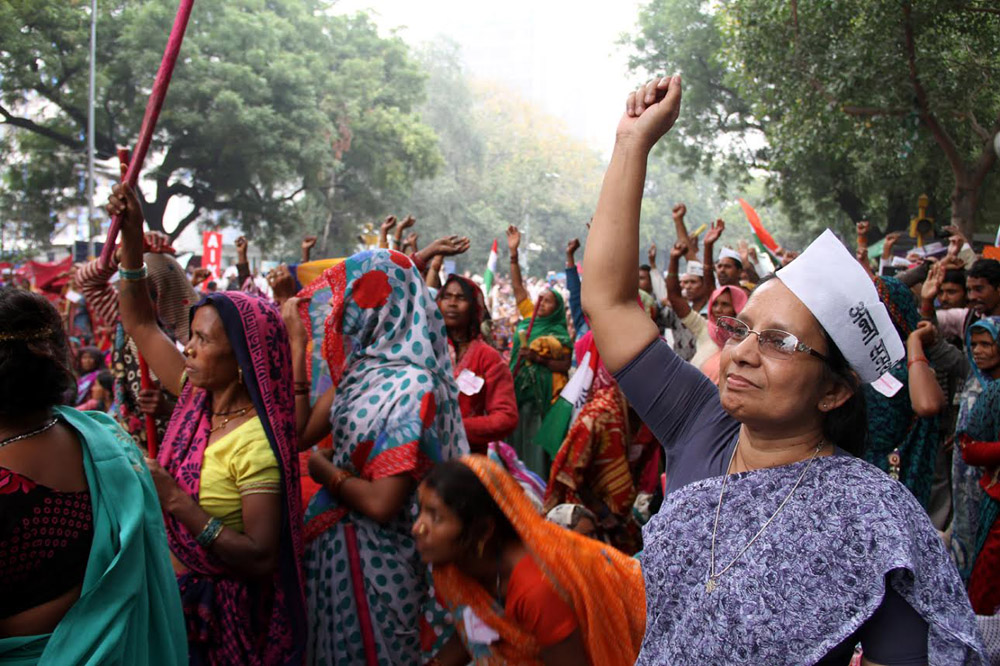