At first I thought it was my new "industrial strength" support pantyhose that caused the numbness in my legs. It was my first year teaching junior high students. When I went to the doctor that October day, I thought I had pinched a nerve in my legs. Three weeks later, I came out of the hospital with a diagnosis of multiple sclerosis (MS). It was 1975, and I was 22.

That was 43 years ago, and many things have changed for me since then. In the first 15 years, my MS was quite dormant — my legs tired easily, but there were no other symptoms. Gradually, the neurological disease progressed. I walked with a cane and wore a leg-strengthening brace, an "AFO" (ankle foot orthotic).

As the symptoms progressed, I decided I had to cope with this devastating disease. I started using an electric cart and learned that there are many ways we walk without taking actual footsteps. This was a new chance for me to experience the helplessness of the poor and the "ultimate powerlessness of Christ."

My decision to take control of my MS was not dramatic. It happened gradually and is still happening by the choices I make. I think my family background, my faith, and my philosophy of life have made me see the "everybody's got something, nobody's perfect" part of the human condition, and that life goes on. I decide how well it will go on.

I remember back when I was I was 7 years old, my parents bought a second-hand piano, and I beat out my older sister Judy for the privilege of taking private after-school lessons with Sister Sophia in the convent down the street in Detroit. From then on, unlocking the sounds in those piano keys, finding their melodies, and sharing the magic of music largely defined my life.

I became a music teacher, sharing with children the energy of rhythm and introducing high school students to the thrills of the Broadway musical. As a Franciscan Sister, I also called on my musical gifts to help myself and others pray, using sacred music at weddings, funerals, and weekly worship.

Forty-three years ago, MS also became a part of my life: a roller-coaster, a threat, a shadow, a constant challenge calling me to adapt, to be brave, to fight back, to refuse to give up and give in silencing the music. Back then, my doctor told me that an MS medication would be ready in about 10 years. Nothing was developed that I could use until 20 years later.

I sobbed the day a new drug which would slow down my MS progression was approved by the FDA — finally, something would put a song of hope into my struggle. Today, as I continue my MS therapies, I believe that these medications will slow the progression of my MS until there's a cure. Until that day, I cope with the uncertainty of this disease.

I did not know in those early years how MS would affect me: Would I lose my vision, or the use of my hands and legs? What would happen to my voice? Or my balance or cognition? What I do know is that prayer support from my sisters, friends and family has helped me keep music in my life. Today I continue to play keyboard at various congregational events and services (and wonder if I look as old to the congregation as Sister Sophia used to look to me!). The sound of music has not been silenced in my life … and my faith, congregation of sisters, and dear friends and family have helped me orchestrate the complicated symphony I call "living with MS."

I received my master's degree in music, taught choirs, music appreciation and ensembles and produced high school musicals. I loved my ministry, but knew that some things in my body were changing. I had trouble walking out to my music stand to conduct my 84-member Glee Club at concerts. My balance was making me wobbly when I walked. The strength in my hands was weakening, too. I still could play piano, but not at the speed and precision of a few years before.

After 19 years in the classroom, I changed ministry and started our Sylvania Franciscan Communications Office — even our first web page (very primitive, but a start!). I began receiving calls from my primary care physician and neurologist. They asked if I would talk to some of their patients diagnosed with MS. I returned calls, was invited to speak at MS functions and became quite involved as an advocate for disability and MS topics both locally and nationally. I feel my gift to those with MS was listening, being honest with people and offering hope, prayer and my presence.

I have taken charge of my disease. I have been on disease-modifying medication for about 26 years now. For 20 years, I had shots of interferon, a cancer drug which has been shown to slow down the MS progression. I now take two different pills to slow down the pace of the disease. Twenty-six years ago, I would never have believed something like that would be available. To me that is hope.

I have learned to drive with hand controls, have a van that the state of Ohio modified with a ramp for my cart and bought a set of portable aluminum ramps that let me go in and out of places (up to a 17-inch rise). Customers in grocery parking lots have blocked me in handicapped parking spaces dozens of times; I have travelled with friends where the hotel or airline attendant talked to me very loudly, as if I were deaf, or had no idea of what they were asking. I speak up in these situations. Sometimes people exclude me from social events and parties because (they told me later) they did not think I could attend because of my MS … and so on.

A surgery or medical procedure often corrects worn out body part or physical weakness. We get our knees replaced or have our gall bladder removed. While the results of these procedures are not complete cures, we usually feel much better. Chronic illness is a different story. It persists and often gets more pronounced. The challenge of living with a chronic disease is the reality that it will never go away but might only get worse.

I taught music as my first ministry, but later my new ministry evolved. I have woven my spirituality and experience into walking (in my electric cart) with those who live with any chronic disease.

As Franciscan Friar Richard Rohr says, "If you do not transform your pain you will certainly transmit it."

[Karen Jean Zielinski is a member of the Sisters of St. Francis of Sylvania, Ohio. She sometimes writes for Healthy Living News — a local health magazine — and is regularly published in two national magazines. Her first book, Hope and Help for Living With Illness deals with health and spirituality. She is co-director of associates and director of Canticle Studio, a creative office of products that focus on spirituality and health.] 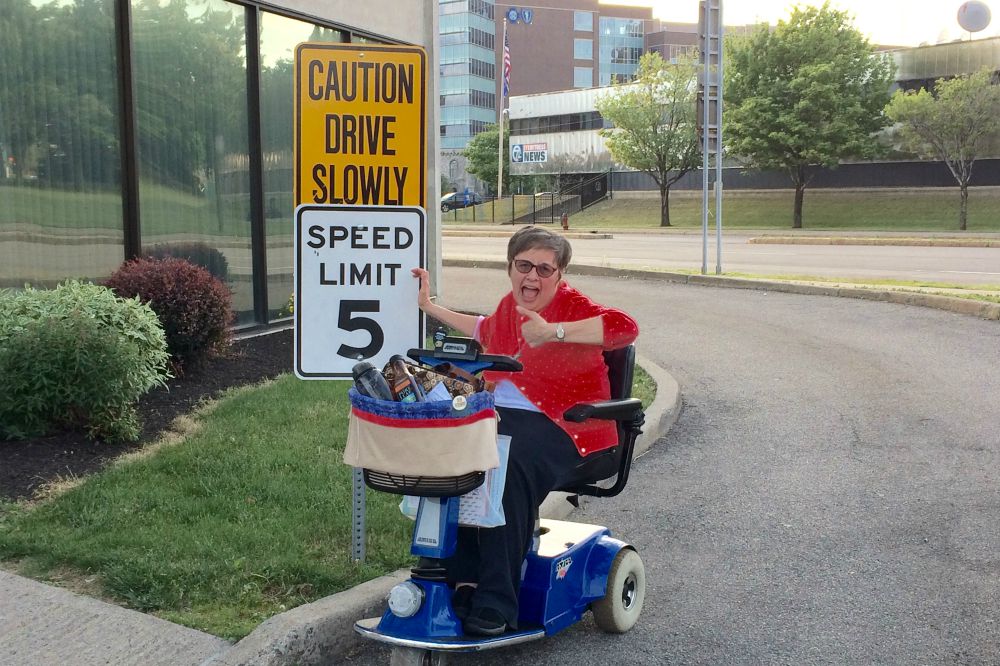 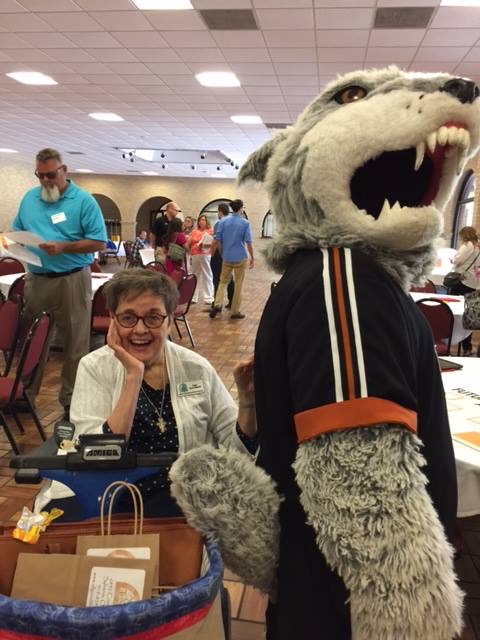