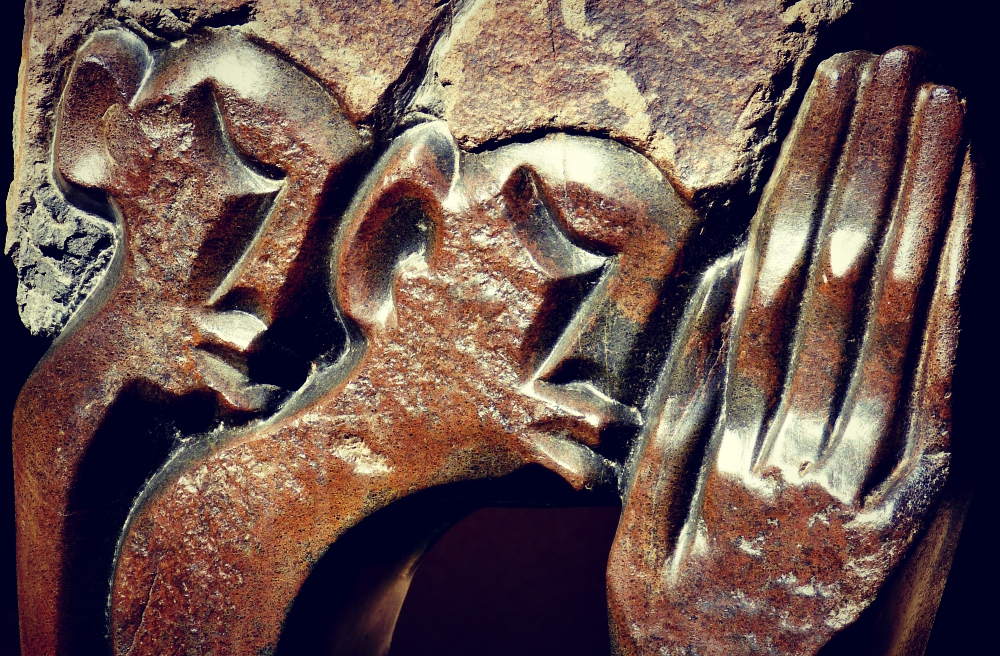 Have you ever prayed so hard for someone or something very dear to your heart and felt disappointed when God did not grant your request?

Yes, I have many times. A young girl of 14 lost her mom. Her mother had cancer and she prayed earnestly to God to heal her mother. She trusted that God would harken to her cry for a miracle because that was what the doctor told her was needed.

Her beloved mother passed on, leaving her and her younger sister alone, since their father was long dead. But before she died, their mother had asked God to take care of them.

The young girl was so heartbroken, disappointed and angry with God. I'll bet I would be, too.

God did hear her cry and provided her and her kid sister with a new family. Maybe that wasn't the way she wanted it, but it was the way God granted the mother's request.

There are times in my own life when I feel so disappointed with God for not granting my requests. Some persons might frown at this, asking me how I can say that I felt disappointed by God. Not to worry — I think God is happy with me when I sincerely say how I feel in any situation life brings to me. God knows how I feel even when I don't say it. I need something and ask God for it and God says no. Will I be happy? Of course I won't. But does that make me right? No, of course not.

St. Julie Billiart, foundress of the Sisters of Notre Dame de Namur, said in a written instruction to her early sisters in the 19th century: "One who possesses simplicity talks to God during prayer as if she was talking to her father or her spouse." That is why I feel so free to tell God how I feel. God knows my tomorrow.

I have come to realize that God does everything for my good, but I don't see it most times, except when it's to my advantage. At that point, I will sing praises to God. It's not always the same when my prayers are not answered the way I wanted. Then I begin to ask God, "Why?" All the "whys" come too easily to my lips.

I can't forget the experience of losing one of my cousins, who was diagnosed with a terminal disease. I kept asking God for a miracle for him. I remember crying throughout the night asking for this one favor from God.

As I was praying, I kept holding on to what I needed. I reminded God of all the promises I've read in the Bible that will come to those who trust and believe in God. I almost lost faith in God because I felt God was silent. Meanwhile, my heart was saying something different from what my lips were saying.

After much struggling, holding on to what I wanted, I paused to listen to what my heart was saying. It said, "What if your cousin dies?" I quickly said that he won't die, by God's grace. At that thought, I became totally weak and helpless. I saw the pain and suffering on his face.

Then I calmly asked God, "What is the next plan?" It was at that time that I began to allow God to speak to me. Before that, I had been speaking to God without listening.

It had been difficult to see and accept what God was trying to communicate. Then I felt God opened my mind to see things differently.

My mind wandered to the story of John the Baptist and how King Herod beheaded him. According to the Bible, Jesus was John's cousin. Jesus heard that Herod had arrested John because John had told Herod the truth he didn't want to hear. Jesus did nothing to save his cousin, even though John was innocent and Jesus had the power to change John's situation. Then John was beheaded by Herod while in prison. I guess Jesus had a reason for his inaction.

The parents and family members of John the Baptist must have prayed for the safety of their only son. Jesus didn't stop the beheading of his cousin, even though he could do all things.

That was when I surrendered to the will of God and asked for the grace to accept the situation. It was hard at first, but I was calm. It was not magical. It was a gradual process to let me arrive at total dependence on God, when I was able to accept the outcome of my cousin's ill health.

My reflection convinced me that God must be glorified in every circumstance of my life. This means that I need to accept whatever situation life presents to me. It takes the grace of God to come to this point. I can't possibly convince anyone or give an explanation to whoever wishes to understand what it means to accept whatever comes in life, except through their own conviction and God's revelation.

A friend once told me to be thankful to God always — that no matter what happens to me, God has a plan for it. I didn't quite understand what my dear friend meant, until I began to listen and surrender to God in my prayer. Since then, I have had great peace of mind.

When it seems sometimes that God has disappointed you or failed to say yes to your request, bear in mind that God knows and understands everything. God has a better plan for you and me. I like to say: Disappointment is a learning for a greater blessing when I invite God into my plans. That is my belief in life. It is not as easy as it sounds, but it is very true.

[Teresa Anyabuike is a Sister of Notre Dame de Namur. She is the coordinator of Catholic Community Self-help Association, a department in Justice Development and Peace Mission, Ilorin Diocese, Kwara State, Nigeria. She likes working with children because of their simplicity, which challenges her.]

A soul-searching time as a nation

Lack of education among sisters a challenge for Tanzania formators