As a lay consecrated woman associated with the Sisters of the Holy Names of Jesus and Mary, I connect all parts of my ordinary life with my spirituality, living Gospel values in the world. Though a retired pastoral care volunteer, I continue working to spread the good news through writing about my unusual ministry with four-footed helpers.

Dogs were always part of my life, and we had several. In fact, my first real experience with death, up close and personal, was the death of my beloved bullmastiff whom I had raised from a pup. The question of the endurance of the canine spirit beyond death was one that intrigued me, and in my college studies I published an article in Healing Ministry, in which I explored how reputable theologians of several religious traditions would handle the question: "Do all dogs go to heaven?"

Most of the religious traditions I investigated did not officially support the continuation of the canine spirit beyond death, but then I looked at the question from another angle. Consider an elder who has lost their beloved canine companion in death: How could a pastoral care provider ease the pain brought on by that loss?

Given the short lifespan of dogs compared to humans, the dogs will most probably die before their owners. I proposed that the pastoral care provider could offer hope of a reunion in the eternal love of the almighty God; this hope could be concretized in a memorial ritual.

Over the course of the following years, I have held rituals of remembrances for dogs who have died, including my own dog, Alya, who played a part in my dissertation research. I held a ritual for the doggie day care personnel who had cared for her when I was at work or away.

Her death was not totally unexpected given her age (13-plus years), but it was sudden. I was unprepared for the caregivers' grief at the brief memorial at the day care center, when they remembered her with flowers, prayerful silence and tearful hugs. Truly, she was more than "just a dog" to these doggie day care employees, who found acceptance within a doggie community, an acceptance often denied them in human society because of their appearance, gender orientation, or lifestyle.

The grief I witnessed and experienced raised again the disturbing question about God's justice. If my dog's spirit did not continue beyond death to some kind of reward for the good she had accomplished in this life, where was the just compensation? Should canine acts of kindness and compassion, not repaid in this world, go unrewarded in the next? It just did not make sense. Thus, I kept the possibility of the immortality of the canine spirit as an open question.

Scriptural reflection opened the door to a possibility for a solution. Based on the story Jesus told about Lazarus, sheltering outside the rich man's house and being comforted by the dogs licking his sores, I used my imagination to develop a Midrash that tells "the rest of the story." I offer the following story for further reflection, continuing to seek an answer to my question.

There was one particular dog in the pack who offered comfort and healing to Lazarus during his life — a small, nameless mongrel. She was probably brown, though it was hard to tell what color she was because of the dirt that clung to her painfully thin body. She snuggled up to Lazarus, especially on cold nights. Lazarus named her "Chelyah" (Hebrew for "jewel") because she brightened his day like a glittering jewel, as he sat propped up against the cold stone wall around the rich man's house.

Lazarus had had a good life in the past, while Chelyah's life had been nothing but a struggle for food and warmth. Lazarus had been a merchant in his younger days but lost all his wealth when an important shipment of goods from Rome had been lost at sea. Attempts to get help from friends and family failed; they ignored him and he sank deeper into poverty.

Why did his family, a close-knit one within the Jewish community, disown Lazarus? In his travels, Lazarus had contracted a skin disease that made him untouchable, an outcast from Jewish society. He suffered for years, with no resources and unable to work; eventually, he resorted to begging. Finally, Lazarus camped outside the rich man's house where the dogs gathered, hoping (as they did) for scraps.

Esther, the compassionate cook, made sure that the dogs, Chelyah, and Lazarus had something to eat. She had found Lazarus and Chelyah huddled up one morning, sleeping in the shelter of the awning that covered the gate. She felt sorry for them because they were so very poor. Their peaceful sleep evidenced a friendship that seemed to be the only thing that kept them alive.

At morning and evening, Esther would sneak some dainty morsels of food from the serving trays, and hide them in her voluminous skirt. When the dishes had been taken into the courtyard for the rich man to enjoy with his friends, she would slip out the back door and quietly walk around to the front gate to Lazarus and Chelyah, who were waiting for her and most grateful for anything that Esther brought.

It was in the winter, with its very cold nights, when Lazarus died. Chelyah knew something was wrong, for his motionless body felt icy and he did not awaken when she licked his face. Chelyah was afraid to move and began to whimper and cry, wondering what had happened to her beloved master.

Esther came out as usual that morning, and discovered that both the dog and her master had been released from their suffering. She asked one of the servants to carry both man and dog to her home, where she prepared both for a simple but solemn burial in a niche reserved for the poor. With prayers and loving touches, she left them there together.

Little did she know that Lazarus found himself in a place of light, warmth and love. Lazarus marveled at how his fortunes had changed and he now received all that the rich man had denied him in life. However, there was one thing that lay heavy on his heart — what had happened to his jewel, Chelyah?

"Father Abraham," he asked. "What has happened to my beloved companion who extended such kindness to me while I was alive?"

"Are you missing your companion?" Abraham asked.

"Yes," replied Lazarus. "She was such a good dog and she gave me love and companionship in my darkest days. Should she not receive a reward for her efforts? The All-Merciful cannot justify not rewarding such loyalty and love. Is she here somewhere, ready to greet me as she always did when I lived on earth?"

With that, Abraham petitioned God, blessed be he, to look with kindness on that canine spirit in order to reunite those who had been companions in life and death ...

So, did Abraham's petition receive a favorable reply and did Lazarus and Chelyah again become companions in the eternal light and peace? Do all dogs go to heaven? I still wonder. What about you?

[Jerilyn E. Felton is a lay consecrated woman associated with the Sisters of the Holy Names of Jesus and Mary. She developed a model of spiritual/pastoral care using dogs in ministry, and is the founder of the Four-Footed Ministers pastoral care program.] 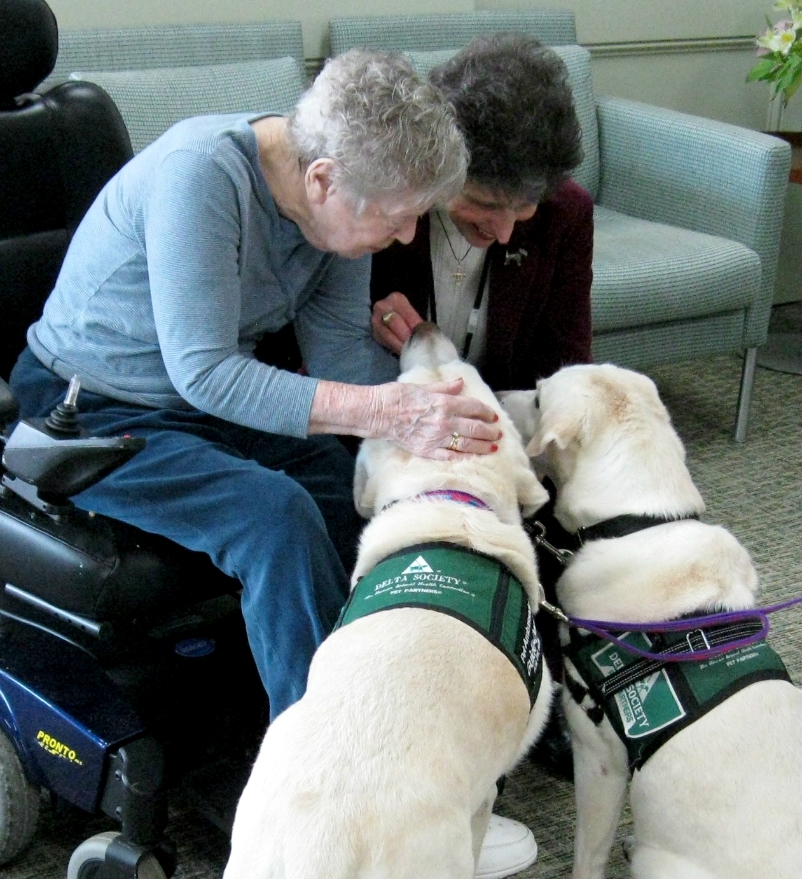 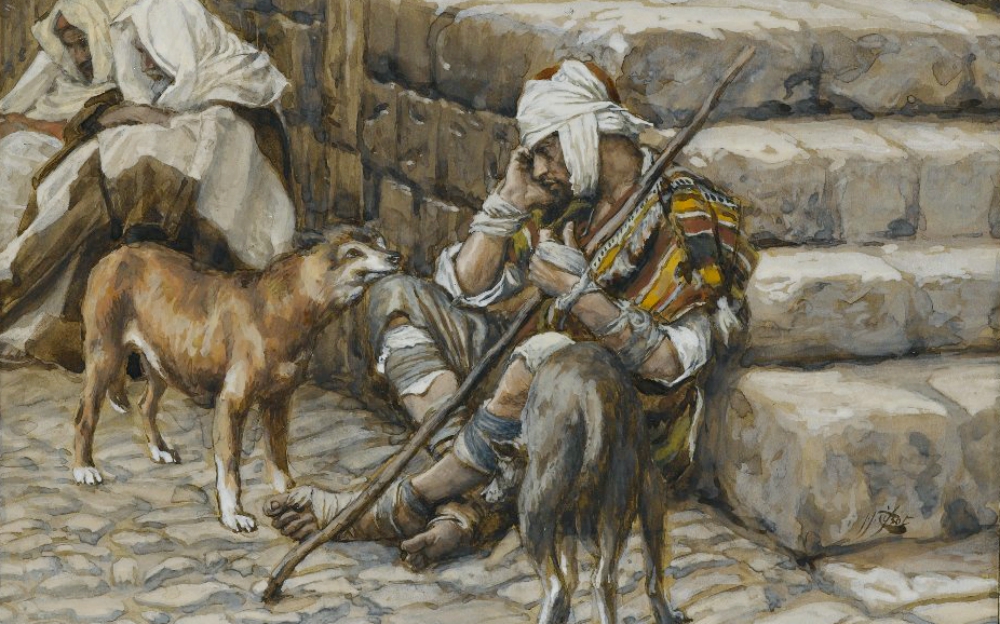