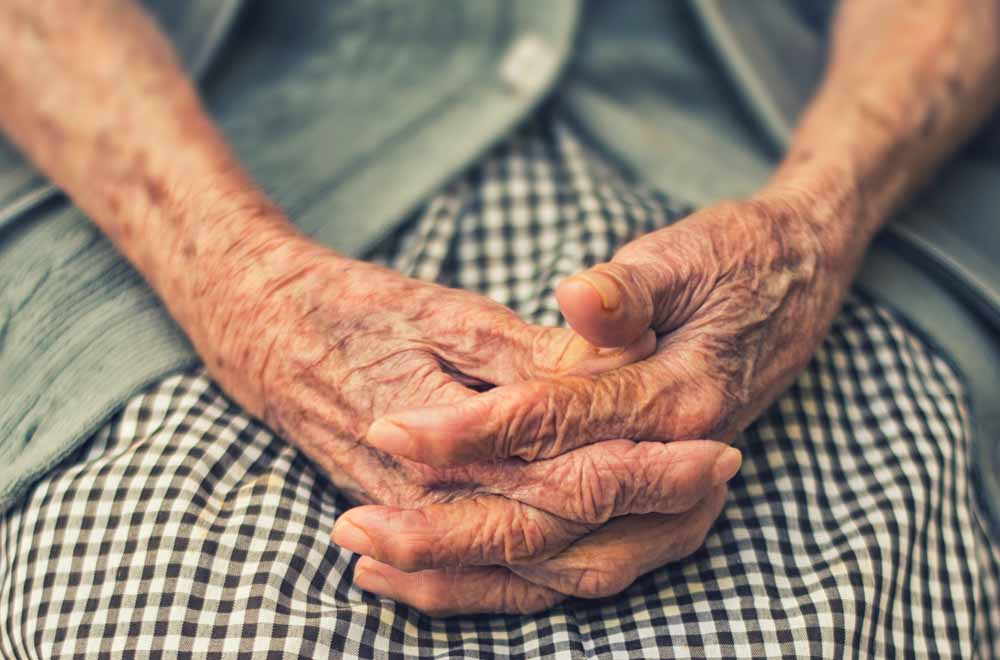 Recently, while taking a two-year program on aging, illness and death, I invited sisters in my community's assisted living convent to participate in small groups to discuss articles and share their experiences. Altogether three small groups (median age 86) met for a total of 59 times. I was fascinated by their responses!

A summary of the sisters' statements are organized according to Five Remembrances in an ancient Buddhist scripture.

"I am of the nature to grow old. There is no way to escape growing old."

The sisters reflected on giving up big and small life decisions — where to live, ministry, driving — and the fact that sometimes they are talked down to, or treated like they are not capable, even when they are.

They don't stop doing what they have to do, even when it is difficult. They move slowly with a walker, forget things and lose things. Sometimes they don't meet their expectations of themselves.

They laughed as one said she thinks of others as old, but not necessarily herself, and another noted that she started doing massage for people in her 80s. "It all depends on how you feel about it!"

There are some plus sides to being older: when we are older, we are more "ourselves" instead of thinking about impressing people. And the sisters are very grateful for the care they receive.

Health management includes adjusting to hearing aids, going to many doctors' appointments, and having physical therapy after a fall or surgery. Pain management can be especially challenging.

Treatment decisions can be difficult. A sister felt sick for three months after cancer surgery: "I told the doctor either he changed my meds or I would commit suicide. He changed my meds." Six years later she was doing well.

Being ill often raises feelings about dying. When having great difficulty with her heart and breathing, a sister said, "I thought, I have to die of something. I became peaceful about the idea of dying. God was present all the time." After a medical procedure she regained her strength.

Several sisters observed that they care for their bodies more consciously than they did when they were younger. One said, smiling: "Our bodies are our oldest best friends."

"I am of the nature to die. There is no way to escape death."

Sisters told of their frequent experiences sitting with community members who were nearing death. One sister in the hospital sat up and looked straight ahead with the most beautiful smile. Then she fell back and died. Another sister said, "The light's too bright." So her companions moved a lamp behind a chair. She said again, "The light's too bright." Then they understood that she saw a light that they did not see. She took a breath and died. The observer noted, "We can be in the Presence and not know it."

They offered images of their own dying. "When I think of dying, I think of having people around me praying, and our Blessed Lady will be there to take my soul to heaven. There will be light along the way." Another said she was afraid; she didn't feel the comfort of moving from this life to the next. A third thought of dying as simply being transferred to another community.

Then they shared their ways of preparing for death. One said she lives differently. She is more conscious about how she is with herself, with God, and with other people. For others, the practical approach is to "put things in order so that people will think of me as put together." Another said she cleans house because she doesn't want to leave a mess for those who are behind.

Living with sisters on hospice and those suffering dementia is a daily reminder of reality. Quietly praying with a sister who is actively dying is a profound experience and a great grace.

Thinking ahead, there is the possibility of regrets. "I don't want to end up saying, 'I wish I had'."

"All that is dear to me and everyone I love are of the nature to change. There is no way to escape being separated from them."

For many a big step was letting go of ministry. It was seen as a grace to walk away because of being on another path. Moving to an assisted living convent required significant cleaning out as well as saying goodbye to many people.

The many losses they experienced drew their attention to their inability to be in control.

There were light confessions of keeping an old and tattered bedspread and a pair of shoes no longer useful. "I gave them up but then I learned where they were and I went and got them back. Then I gave them up again."

"My actions are my only true belongings. I cannot escape the consequences of my actions. My actions are the ground upon which I stand."

Gardening is an experience of creativity and a reminder of our larger world. Writing letters, while viewed as a task, results in the joy of receiving letters. Listening compassionately to a friend on the phone offers comfort.

When watching the news, a sister feels overwhelmed by the suffering she sees, but she concludes that it is all in God's hands.

Natural beauty, including watching goldfinches at the feeder and squirrels in the oak trees, is a frequent source of happiness.

Not surprisingly, prayer is a central activity. "While I don't know how to pray, I just talk to God. I know he loves me, absolutely." Another described her contemplative practice: "I look at Jesus and that's it." And one admitted, "I do a little arguing with God."

When traveling in a car or bus, a sister prays blessings on everyone she sees. Another practices gratitude, which she sees as circular. "If someone does something for me, it connects us. And then I connect to someone else."

Several mentioned the practice of forgiving someone who hurts them. Forgiveness leads to expanding love even beyond the people they know personally.

Laughing together in the dining room makes them feel alive and connected. "Our being happy helps others be happy." They are aware of helping one another by what they say. And they try to remember that they always have a choice about complaining.

A sister told a touching family story: "My brother was 37 when he got cancer and 68 when he died. He spent nights writing letters. Each person in the family got a long letter saying how he loved us." This action was a gift that endured.

These comments — shared in trust and with frequent humor — express lifetimes of prayer, community relationships, generosity, and gratitude. Being "of a certain age," I am giving attention to the Five Remembrances. My question today is, "What is it that I want to be caught dead doing?"

[Judy Cannon is a member of the Institute of the Sisters of Mercy of the Americas.]

Sister attributes her songs to listening to God, and an encouraging convent

What kind of a vacation do you call this?

This summer, a focus on the role of women in church history