I walk through a crowded Union Station in Washington, D.C., every day. It's still new to me, as I've only lived here about a month. I'm beginning to think, though, that it will never be normal.

It was starting to get normal. I know the routine. I'm memorizing train schedules and learning train etiquette and which doors open at which stops. It's not the public transportation I have an issue with — I actually like that part of it.

Heading home from the office the other day, though, I sat down next to a young white man wearing headphones. As I sat there, I realized that he appeared much like all of the recent mass shooters – probably in his early 20s, white, somewhat awkward, unshaved with a peach-fuzz face. This morning, walking from the train through the station, I noticed another young man who fit the same description. I noticed my fearful reaction to him, as well.

And the crowded setting of Union Station during commuter rush hour heightened my fears — because these white terrorists intentionally target crowds, where they can do the most indiscriminate damage in the shortest amount of time, knowing that they'll be apprehended or (more rarely) killed.

I haven't even tracked the most recent shootings in El Paso, Texas, or Dayton, Ohio, really closely. Here's what I know: Minutes before beginning his rampage, the El Paso shooter posted a white supremacist manifesto on the uncensored website 8chan. He specifically targeted a very safe border town that largely considers itself united with the other half of the city on the Mexican side of the border.

I heard that the Dayton shooter, in contrast, had a left-leaning Twitter feed. As far as I'm aware, we don't know yet what led to his rampage.

But it's a reality we see too often. And in so many different ways.

It reminds me of my own experience with a man who kept seeking me out on the internet and, occasionally, in person. I had not initiated this interaction. It was almost stalking that led him to me. Still, I tried to be kind and compassionate to him. Throughout our interaction, he kept insisting that he was a victim — especially of women. He kept saying that he couldn't understand why women wouldn't date him (as if women were one generic category and simply objects who should be at his beck and call!) but refused to listen to possible answers.

He also refused to seek professional help, no matter how much I tried to "destigmatize" it, encourage it, and share my own positive experiences in therapy. And when I told him that I couldn't date him — that I was becoming a Catholic sister — he told me that if he ever heard I dated someone else, he would kill himself.

I cut off all contact with him after that, but he kept emailing me and messaging me on Twitter — first to tell me that he hadn't threatened me with that comment, then to assure me he was better and we could be friends now. No matter how many times I set a boundary, he refused to honor it.

I fear the attitude of people like him. I fear those who constantly play the victim and refuse to take responsibility for the ways they make others feel uncomfortable, who refuse to try to understand and do better.

And I fear white men in whom these attitudes seem to be festering, encouraged by the dark underbelly of the internet.

Now that I live in a large city, the seat of the federal government, and walk through a crowded transit hub every day, I'm fearful in a way I haven't ever been living in Indianapolis or smaller cities in the Midwest.

The sisters I live with are afraid for me to walk alone. I don't fear that; I fear walking through crowds.

And I know that this fear of young(ish) awkward white men is no fairer than the fear so many white people have toward men of color — most often black men. But it is my fear. It is founded in the reality fomented in this present moment and throughout history in which some white men see themselves as victims — of women, immigrants and/or people of color who just want to live their lives in peace. And it is founded in the reality of access to the weapons that could cause their sense of victimhood to make hundreds of other people victims in a matter of seconds.

This is not OK.

Will you join me and so many others in demanding better? Laws may not be able to solve the underlying attitudes that I fear, but they can certainly prevent people with those inclinations from having access to such potent weapons of war. They can prevent the deaths of innocent bystanders. And while we work to address these attitudes in ourselves and others, we must also create a world of laws in which these attitudes can't create the kind of carnage we've seen recently.

We must build a world of love. And on our way to that world of love, we must prevent hate from having the kind of power that it has today.

[Emily TeKolste is a temporary professed Sister of Providence of St. Mary-of-the-Woods, Indiana. She is the author of the blog So Long Status Quo and ministers as a grassroots mobilization specialist for Network in Washington, D.C.] 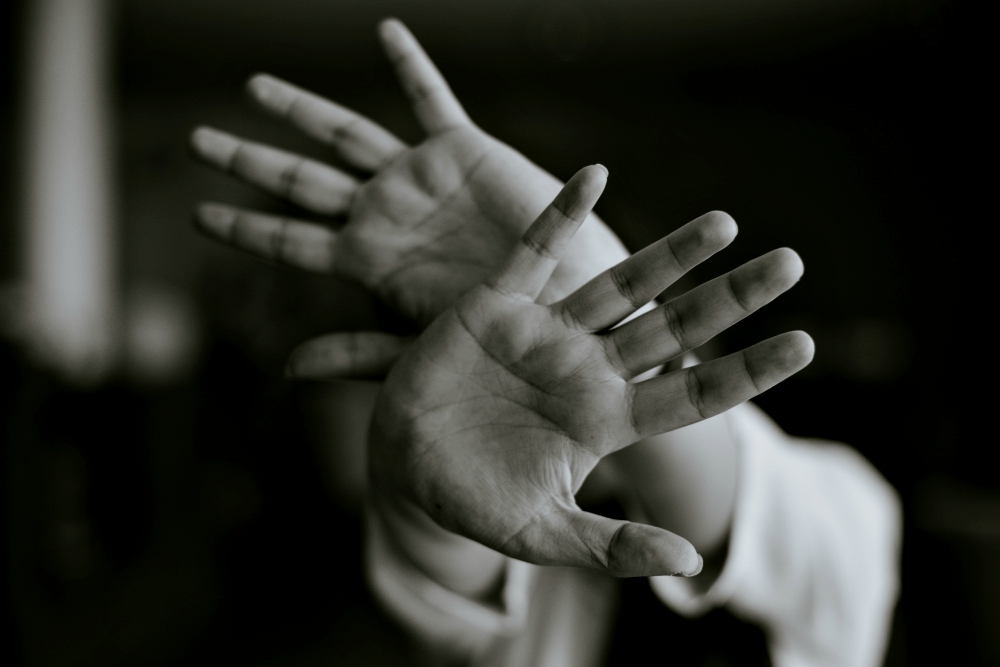