The Lost Coin: A lesson in compassion 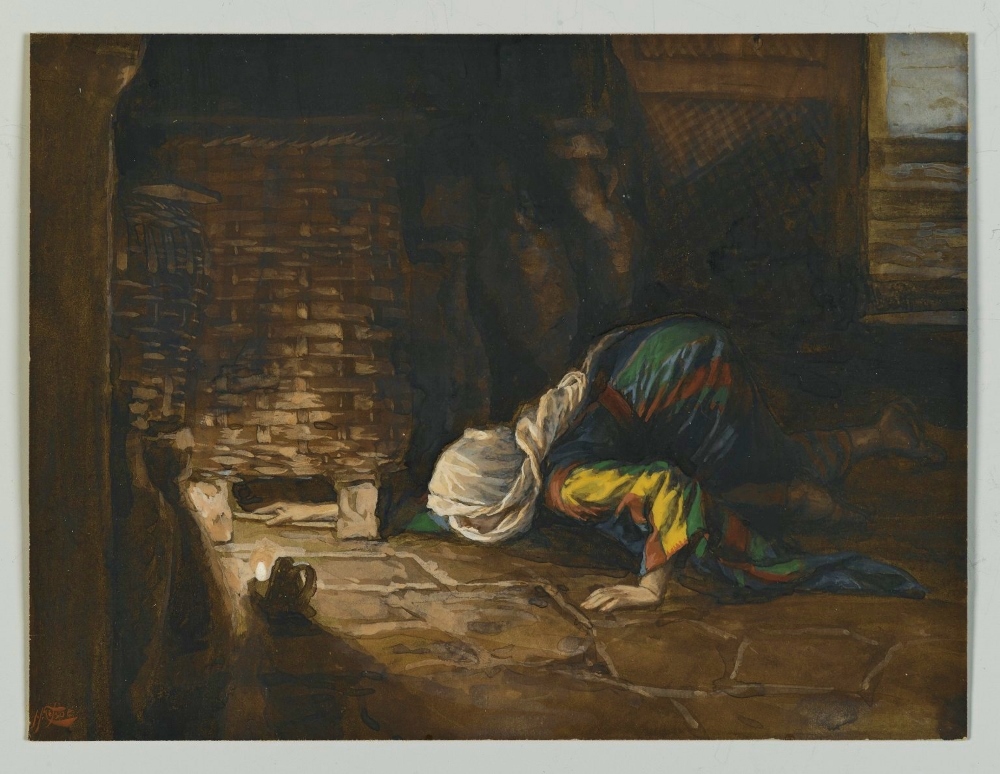 Do you remember how frustrated you were the last time you misplaced something? I often misplace my keys. I know where they belong, but they are not always there when I want them. Starting a frantic search in my house, I call out to everyone, "Have you seen my keys?" Usually I'm certain that someone else has moved them; surely I am not guilty of misplacing them. I insist that all join in the hunt and there is no peace in our house until those keys are found.

In the Gospel story of the Lost Coin (Luke 15:8-10) a woman who had 10 silver coins loses one of them. Some scholars point out that this lost coin meant important money for the woman. The coin was one of 10 drachmas, a Greek silver coin that was equal to a day's wages for workers at the time. However, the respected authors of The Collegeville Bible Commentary suggest that this coin might well have been part of her dowry, and therefore represented her future security as a married woman.

An even more intriguing suggestion was been made in The Jerome Biblical Commentary that this coin might well have been part of her jewelry, a part of a head band that women wore signifying their upcoming nuptials. If this were the case, than this coin was no ordinary coin, rather it is very precious to her. She lights the lamp, gets the broom and begins to sweep and search. She turns her house upside down searching for this precious coin. And when she finds it, she is so happy she calls the neighbors to celebrate.

You and I have experienced losses much more important to us than misplacing our car keys or searching for a lost coin. One of my most painful losses was the death of my parents. I was forced to face the finality of death, and I did not like the experience. I was mad at everyone and everything. My world radically changed, and yet everyone around me was going on as if nothing had happened. I felt as though I had a big hole right in the center of my heart and could not return to life as usual. I felt like the lost coin of this Gospel; lost under the couch, hurting and alone.

However, people searched me out and comforted me. They called and stopped over with food to give me time to talk and cry. Slowly I began to heal. Soon I began to recognize the face of God in my friends who reached out to me.

This experience following my parent's death awakened something new in me. For the first time, I knew intimately the pain of grieving and the comfort and peace it brought to have friends support me. Their care taught me what it means to be compassionate. God has shaped me in new ways through this loss. Now I approach life with more compassion and tenderness to others. Life became more precious than before.

Why is Jesus telling the parable of the lost coin, this intimate and tender story of a woman's loss? He is responding to the Pharisees who have accused him of welcoming sinners and eating with them. The Pharisees saw themselves as closer to God than others because they knew and practiced the law. Jesus makes it clear in this parable that God searches out and loves all people even those too poor or too disadvantaged never to have learned the formal laws and rituals.

In today's world, I believe Pope Francis is an example of what Jesus talks about in the parable of the Lost Coin. Pope Francis searches out those who are often the lost ones in the world: those who are disabled, economically poor, in prison and any who suffer prejudice and pain.

In the parable of the lost coin, Jesus welcomes and eats with those who have been excluded because he recognizes their feelings of pain and loss, their need to be found and loved.

Jesus likens God to the woman searching for a precious coin. The woman finds the lost coin and rejoices. Like this woman, God longs for us and searches for us when we are lost and in pain. When we are found by God, we gain new insight into the meaning of God's love. We find new peace and joy in our hearts and we can become more compassionate to others.

[Laura Hammel is a member of the Sisters of St. Clare, a Poor Clare community in Saginaw, Michigan. Her projects, in addition to her prayer ministry, have included developing and maintaining a website, making blessing oil, and creating various greeting cards for sale.]

Spirituality | The Lost Coin: A lesson in compassion

As choir, Pauline sisters share gift of music, their joy as religious

Faith that gives us courage to hope

How can I discern God's call when I have conflicting feelings?