St. Catherine of Siena said, "Preach the truth as if you had a million voices. It is silence that kills the world."

After the onset of the Gulf Wars, a number of women and men religious from the U.S. had the opportunity to travel in delegations to Iraq to be in solidarity with the Iraqi people. At that time, after one such trip, a sister who participated spoke at our motherhouse about her experience there. When asked by a member of the audience a political question about Saddam Hussein, her response was something like this: "I cannot answer that question. I do not have that type of information. But what I can do is to tell you what I saw and experienced."

Clearly, we are living in a moment in history where the concept of truth is in flux. We have fake news being called real news; real news being called fake news; some people seeming to twist the truth to suit their purposes, while others seem to completely fabricate "truth" to advance their own agenda. At the same time, there are people in positions of authority choosing to remain silent, while other people take to the streets in protest. We hear such phrases as "alternate reality" and "alternate facts." As Pontius Pilate did in the Gospel of John, many now ask the question, "Truth? What is that?"

The sister coming from Iraq was speaking to an audience of Dominican sisters who, as members of the Order of Preachers, value the "search for truth" as a significant part of their charism of preaching. Most believers might not refer to themselves as "preachers" in that same way, but would certainly agree that we are all called to be truth-tellers and people who give example by the way we live our lives.

In the midst of all of this polarization and uncertainty, we, as people of faith, are called to preach truth, and to be truth-tellers. Here I am referring to preaching in the broadest and most inclusive sense of the word: both formal preaching (such as in liturgies and retreats) and any of the myriad ways that we witness to the Gospel in our ministries and in our everyday lives — in teaching, conversations and social media. How can we do so in such a way as to creatively engage others? How can we invite them to accompany us on our search for truth, without succumbing to the temptation to speak about realities which we may not adequately understand, or about which we may lack reliable information? Are we willing and able to raise questions that invite further dialogue and investigation, without necessarily giving answers?

One of the "tasks" of the preacher or the truth-teller is to help others to enter more fully into the Word, to respond to Jesus' invitation to know the truth and to be set free by the truth. Testifying to the truth, no matter the context, is a serious responsibility which ought not be taken lightly. In the Book of the Prophet Amos we read:

"See, days are coming — oracle of the Lord God — when I will send a famine upon the land: Not a hunger for bread, or a thirst for water, but for hearing the word of the Lord."

In the First Letter to the Corinthians, Paul says:

"And so, brothers and sisters, I could not speak to you as spiritual people, but rather as people of the flesh, as infants in Christ. I fed you with milk, not solid food, for you were not ready for solid food."

With all that is happening around us, it is very easy to become overwhelmed, and at times to allow anger and frustration to consume us. We need to keep nourishing ourselves with the "solid food" of the Gospel so that we can channel the energy of our anger into a prophetic voice for Gospel justice.

What might that sister's response about her experience in Iraq teach us about preaching truth, about witnessing to truth in a post-truth era? The author of Hebrews tells us:

"But solid food is for the mature, who by constant use have trained themselves to distinguish good from evil."

In witnessing to what we have seen and heard, to what we know in faith, we testify to truth in this post-truth era. And in so doing, we share that "solid food" with others so that all of us together can speak truth to power, as if we had a million voices. Jesus promised:

"If you remain in my word, you will truly be my disciples, and you will know the truth, and the truth will set you free."

Two family members, whose sense of "truth" in the current U.S. political reality is very different from one another, recently had a conversation. One said, "We are not going to talk politics because we do not see eye to eye." The other said, "But shouldn't we be able to share our thoughts and feelings with one another even when we don't agree? Can't we be genuinely curious and interested in understanding one another's perspectives? If we cannot show our true selves in our family, then what does it mean to be family?"

So, for the first time, they had a meaningful conversation about what they felt, thought and believed about their divergent political opinions. Each one caught themselves at times tending to generalize without really being able to back up their thought with any substantial information, and each one chose to say, "This is what I think and feel, but truthfully, I do not have concrete information to substantiate my belief." In the end, they had a thoughtful and rewarding conversation in which each one took "baby steps" toward seeking truth together. And their relationship was set free!

[Susan Leslie is a Dominican Sister of Peace. She recently returned to the U.S. after more than 12 years of ministry in South America. She is now part of the staff at the Dominican Retreat and Conference Center in Niskayuna, NY doing Spiritual Direction and Retreat Ministry.] 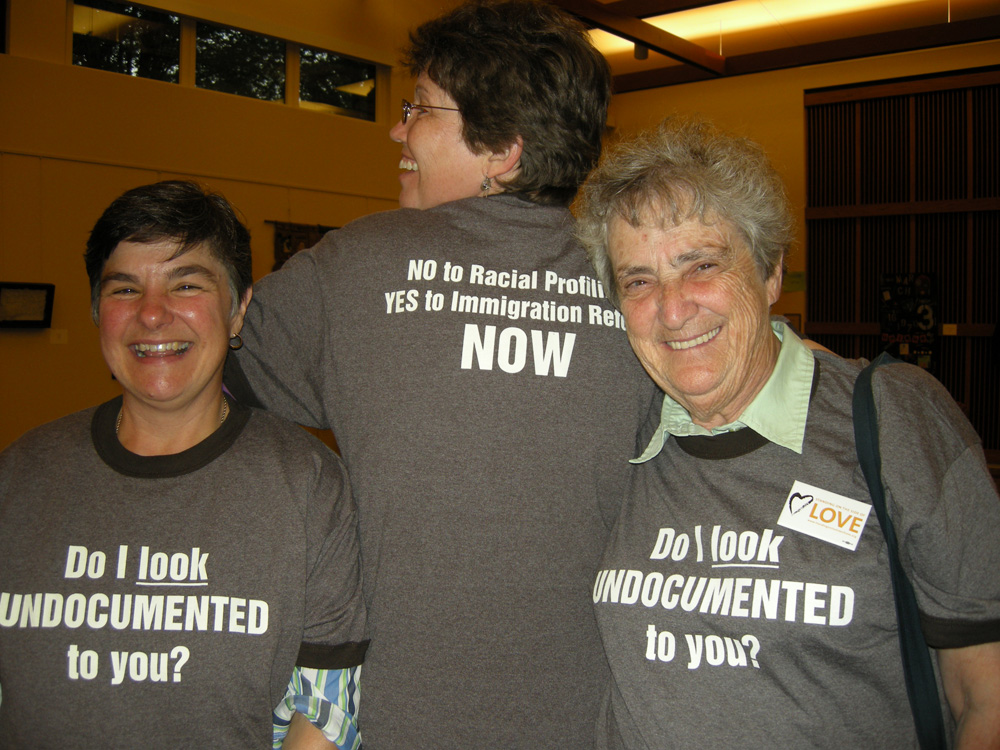