In 2005, Stephen Colbert coined the word truthiness on the first episode of "The Colbert Report," a U.S. television show that took a humorous look at the news. According to Colbert, "Truthiness is 'what I say is right, and [nothing] anyone else says could possibly be true.' It's not only that I feel it to be true, but that I feel it to be true. There's not only an emotional quality, but there's a selfish quality.' " So then, why rely on facts, reason or evidence?

This was in 2005. Does this sound like anything we hear now? Alternative facts — post-truth, anyone? What about the ages before our time? I think, once upon a time, we just called them lies. What are some famous — or perhaps I should say infamous — historical untruths?

We used to have a poster on the wall by the coat rack that said, "Honor the treaties." I'd look at that sometimes and think, "We are a nation built on lies."

Of course, we don't really like that word — lie — or, worse, liar. So we create new words like "alternative facts" so that we don't have to face the truth ... of the lie.

So why would I be interested in a truth that is beyond truthiness? There are three reasons that come to mind. First, truth is foundational in our Christian faith, and in fact all faith traditions. Relationships are built on faith and trust, and destroyed when those foundations are undermined by deceit and suspicion.

Second, many are agitated by what is termed by some as the new "post-truth era." When we study history, we discover that the lies aren't much different from those told in the past, but we are bombarded with constant sound bites through the news media. Every word is replayed over and over again. Add to that social media where anyone can post any lie they like. Who knows what to believe?

Now this word, truth — in Latin, veritas — is an important word to Dominicans. In fact, Veritas is our motto. So it makes me smile to know that Colbert also used the word veritasiness.

So the Dominican Sisters in the U.S., through the Dominican Sisters Conference, are working on a series of articles that we hope will open us up to a conversation on truth. Just what is it? How is it at work in our lives? How can we be faithful preachers of truth? Next week, the column section of the Global Sisters Report will feature three of these reflections. 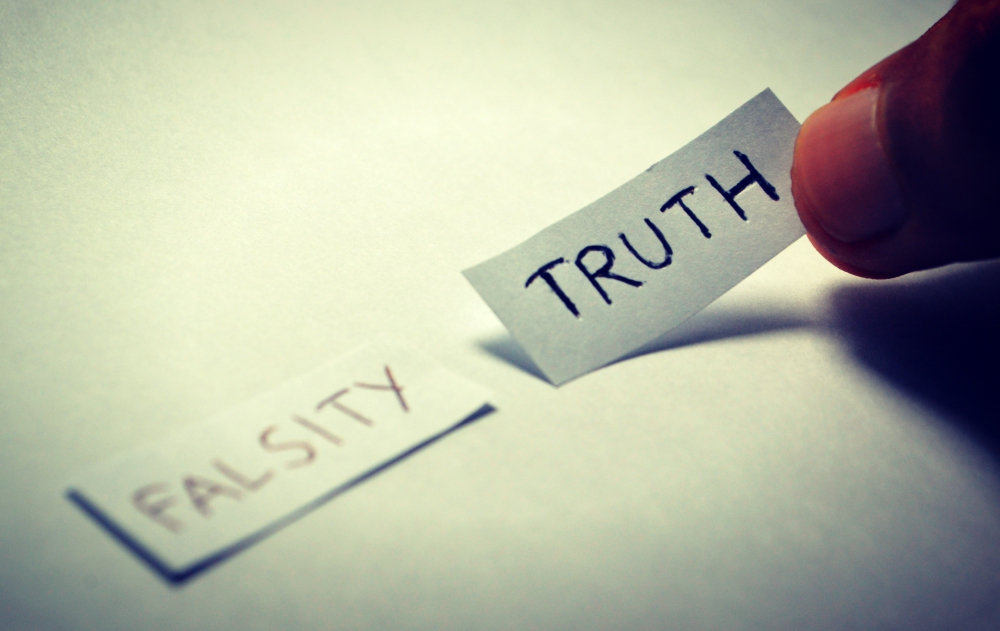