We idealists 'cry for the moon' 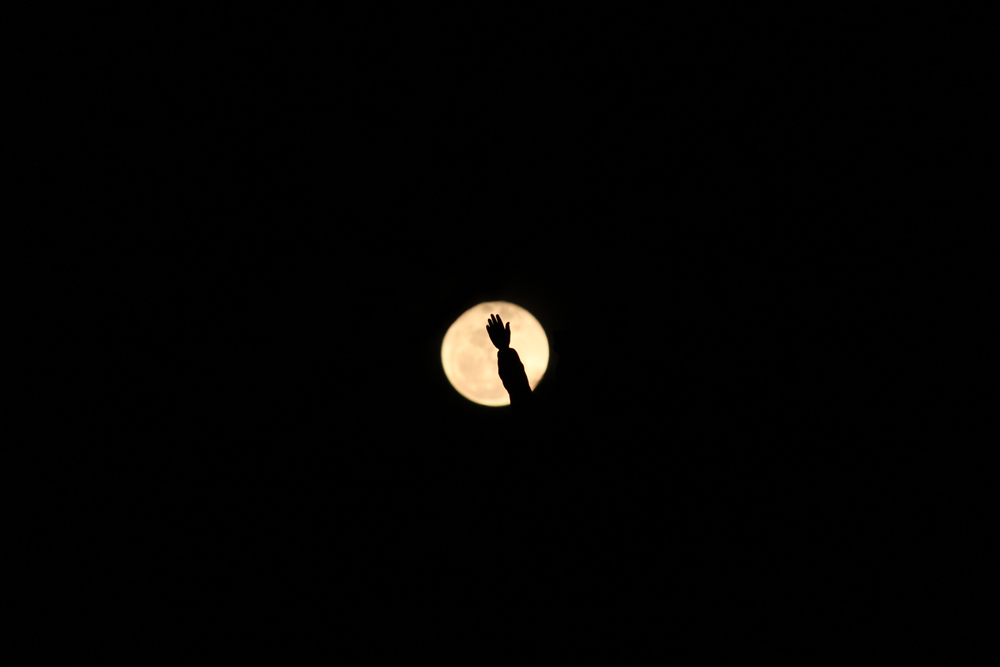 When I was 6 months old, and already demanding of life that it yield results beyond the grasp of human ability to reach, I cried for the moon. My mother could not convince me that the moon was not an accessible "ball to play with," as I insisted.

Since then I have realized that many or most women and men religious seem to have some voice inside that nudges them to "cry for the moon." That's not all bad! We're idealists. We want to re-create a better world in which to play.

We experience a prophetic call to shape our world into a place where human beings can enjoy being free, happy, fulfilled. We want a place where universal justice can reign … a foretaste of the reign of God.

This inner cry for universal justice and harmony moves many people of the world to take great risks to restrict the use of nuclear power. This inner cry pushes others to effect systemic changes that provide affordable housing for those rendered homeless through gentrification by wealthy landowners. The cry for justice impels working people to contest wage scales that pay lower salaries to women who do the same jobs as men.

Within our church, justice toward women is the reason they find it difficult to be part of a worship service composed of non-inclusive words. Many people — think of those who live in areas where sacraments and Eucharistic liturgy are not available — question the present reluctance of church authorities to consider the ordination to priesthood for women and married men who have the personal and spiritual qualifications for priesthood, as well as the biblical and theological preparation.

And this seeking for justice is the reason lay or religious pastoral associates ask for personnel policies to insure ministerial security and a living wage so their families can thrive.

These appeals for the legitimate ideals of justice are not unrealistic cries for the moon. And yet, converting all of us from our philosophy of "after me comes everyone else," and convincing all of us to live with just hearts, takes a long time — and often a "higher degree" in diplomacy.

Because of their responsibilities to others in their immediate circle, most people of the world have to put up with non-ideal situations, even while they try to change them: bosses, colleagues, salaries, work climate, tools, hours.

I call these injustices the social, political and ecclesiastical "dirt" of the paschal mystery that eventually makes the flower of Resurrection spring up ("Remember, you are dust") — the not-yet-redeemed elements of human life. Jesus shuffled his sandals through the same "dirty" realities: the unjust bosses, the long hours of ministry, the unsatisfactory remuneration for efforts, and accusations instead of expressions of gratitude.

Or in the words of Jesus, "Let the weeds and wheat grow together!" We all know good guys and some pretty bad guys in our government and church. Recent newspapers have highlighted those leaders who committed some egregious crimes. At the same time we read about our sisters and brothers who are giving their very lives, that refugees and earthquake victims may live.

It's hard to balance the values in this mystery of life: Do I stop working for a pastor I judge to be incompetent, or do I hang in there a little longer until the voices of the parishioners have been heard and responded to? Do I avoid liturgies where I know all ministers will be males, or do I volunteer to work on commissions that can introduce elements which are more inclusive?

Do we pull all investments out of South Africa and Haiti, or do we invest for purposes of moral leverage? Do we refrain from voting for a candidate because of a single issue like pro-choice, because of our stand on human life, or do we choose a candidate with a pro-choice position but who has a record of promoting the common good of human beings in all areas of his or her political, economic and religious life?

Such discernments for the sake of bringing justice to our world are extremely complex moral decisions.

Jesus dealt with similar, if seemingly less complex dilemmas. He held up a coin, "Render to Caesar … but also to God." Jesus wept over Jerusalem, but took time to laugh with Martha and Mary and Lazarus at Bethany. He called the apostles friends, but admonished Peter, "Get behind me, Satan."

How did Jesus know what to choose when he found himself in each "polar" predicament? Throughout the Gospels there seem to be two key values which weighted all his choices.

The first was his Father's will. It was his passion, his meat, that which made any agony possible and acceptable.

The second is best described in Chapters 14-17 of John's Gospel: unity among the disciples for the sake of the kingdom, among the members of the Christian community, and ultimately unity among all people of the world.

The Father's will and the common good for the sake of the kingdom (both on earth and in heaven): the values most significant to Jesus during his life. But, living out his human choices according to these two criteria earned for every person final and full redemption.

The "not-yet" and "not-quite-enough." Not just the realization of ideals.

Theologians write about eschatology, and assure us about the reality of the kingdom about which Jesus was so passionate. It is indeed the kingdom that he established among us, now as well as that time when the dream of God is finally realized.

Religious idealism is both a gift and a burden. In order to participate in Christ's redemptive mission of co-creating a just and harmonious world, we may need to interact daily with a little "dirt" on the Mother Earth we now inhabit as we wait for the eschaton, instead of crying for the moon as I am credited with doing for the whole first year of my life.

[Cecilia A. Ranger is a Sister of the Holy Names of Jesus and Mary. With a lifelong commitment to education, philosophy, theology and spiritual direction, she taught and did spiritual direction at several colleges, universities and seminaries, and served in university administration and on boards. Other ministries included pastoral ministry, facilitation and consultancies for leadership groups; she also served as president of the Oregon Sisters of the Holy Names. She is now retired at Mary's Woods in Lake Oswego, Oregon, where she does some teaching, parish or personal retreats, and writing.]

Spirituality | We idealists 'cry for the moon'

Welcome to the Holy Thursday Revolution

What's the coolest thing you've done as a nun?