by Cecilia A. Ranger

Mary Magdalene has gotten a lot of bad press, it seems to me. I agree with James Carroll that her image has been repeatedly "conscripted, contorted and contradicted." Every July 22, on her feast day, I dread listening to homilies at church; in Scripture study groups, I shudder at the accusations against her.

According to the New Testament, who was Mary Magdalene?

Mary was a common name in New Testament times, held by a number of women mentioned in the canonical Gospels. The commonly received and traditional history of Mary Magdalene by Catholics and other Christians has been greatly affected by different interpretations about which biblical references actually refer to her beyond those where she is identified by the place name (referred to as a toponym) "Magdalene."

All of these Marys make it difficult to unravel the tapestry of Mary Magdalene from the knotted threads of legends about her that have been passed on from generation to generation.

In the four Gospels, Mary Magdalene is nearly always distinguished from other women named Mary by adding "Magdalene" (μαγδαληνή) to her name. Traditionally, this has been interpreted to mean she was from Magdala, a town thought to have been on the western shore of the Sea of Galilee. Luke 8:2 says she was actually "called Magdalene." In Hebrew, מגדל or Migdal means "tower" or "fortress," and in Aramaic, "Magdala" also means "tower" or "elevated, great, magnificent."

The real Mary Magdalene of the Gospels actually fits well with the mission and identity of many socially committed people of today: She knew about service to others and engaging other disciples to "come and see" the human needs they might witness. She knew about inclusion; she knew about friendship; she knew about fidelity even when life looked desolate.

For Mary Magdalene was a faithful friend of Jesus:

Mary Magdalene was not afraid to be a faithful friend! No matter what the personal cost.

The deep sacrificial friendship that Mary Magdalene had for Jesus has not only been intertwined with the many "Mary" stories of Christian history, but it has also been misinterpreted, calling her the secret wife of Jesus and claiming that Jesus (calling him Joseph) and Mary Magdalene (referred to as Aseneth) were parents of Ephraim and Manasseh.

Other speculative as well as rather sad fictions have been written about the relationship between Jesus and Mary Magdalene. Sometimes we too judge close friendships harshly or at least suspiciously, so this may be understandable. Perhaps there is a lesson to learn here from Mary Magdalene's long-lasting friendship with Jesus. Deep and lasting spiritual friendships allow us to serve as disciples, to pray together, to witness suffering, to share whatever joys and sorrows life has to offer, and to rejoice at Resurrection!

I have always loved Chapter 6:14-17 of the Book of Sirach (Ecclesiasticus) on true friendship:

Maybe we need to remember often, and even imitate, the real Mary Magdalene, one who had the privilege of calling Jesus "friend." 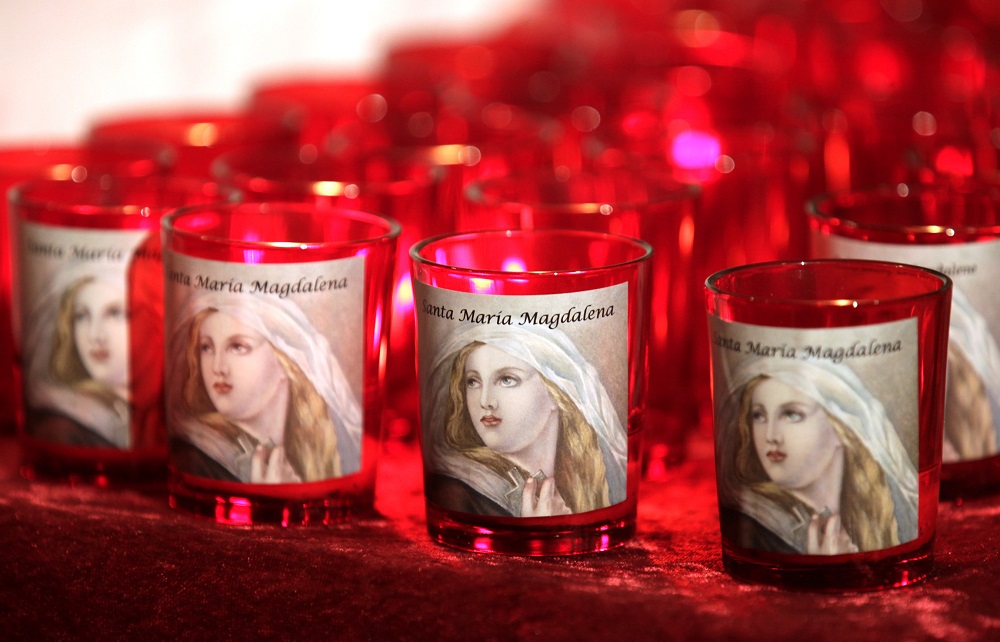