Editor's note: Global Sisters Report is focusing on the efforts of sisters to end human trafficking as Talitha Kum, the international anti-trafficking network of religious, marks its 10th anniversary and launches its Nuns Healing Hearts campaign. The special series will run periodically through Talitha Kum's its first general assembly, to be held Sept. 21-27, 2019, in Rome. Since its founding in 2014, GSR has dedicated a section of its coverage to sisters who in various ways fight human trafficking. Read all of our coverage.

Encouraged by the popular quote of Pope Francis, "Human trafficking is an open wound on the body of contemporary society, a scourge upon the body of Christ," consecrated persons with networks in Africa and other places in the world are determined to combat Trafficking in Persons (TIP).

Religious Against Human Trafficking (RAHT), a regional Association of the Catholic consecrated men and women in Eastern Africa in partnership with Talitha Kum had a Trainer of Trainers workshop with the theme "Together we can end Human Trafficking!" in Nairobi, Kenya, July 1-3.

With a vision of upholding the dignity of the human person and making the world free, the association organized a training that attracted religious, volunteers and facilitators from all over Kenya, Uganda, Tanzania, South Sudan, Ghana, Egypt, United Arab Emirates (UAE), Zambia, Italy and the Philippines. The diverse topics all dealt with modern slavery, and members shared success stories, heartbreaking experiences, and images that encouraged us to keep working for this worthy cause. Some of the testimonies and images were so compelling that it made you want to put everything else aside and pay attention to TIP.

The participants were also motivated by the African Proverb: "If you want to go fast, go alone. If you want to go far, go together." We were urged to collaborate in TIP prevention, rescue, protection and prosecutions in partnership with the government, NGOs and the church.

Participants were also called to intensify prayer, especially on Feb. 8 — the World Day of Prayer and Awareness against Human Trafficking. Everybody is called to observe this day with great intensity, through the intercession of St. Josephine Bakhita, patron of trafficked persons.

Trafficking in persons can be traced back to precolonial times, when African states lost many of their gallant sons and daughters through the bloody slave trade, with outlets in the South African, East African and West African coasts. It is still commemorated at Goree, the "door of no return" in Senegal, which has attracted visits by former President George W. Bush, former President Barak Obama and former President Nelson Mandela of South Africa.

Social injustice seems to be at its peak today because history tends to repeat itself. Victims of trafficking in Africa are found in Congo where illegal cobalt mining takes place with African children who are denied their school rights. On June 27, dozens were killed when Glencore's Congo mine collapsed. Traffickers have continued mining with new recruits!

The training offered a platform for the sisters and volunteers to share experiences and celebrate achievements. Among others: Sr. Gabriella Bottani who has been honored as a "TIP report hero," and Sr. Jeannette Alfi Soueiha, the Justice and Peace Coordinator in Egypt, who enjoys a good relationship with the president. Soueiha was honored as an ambassador of peace for her collaboration with other faiths like Islam. She commented, "We have shared common problems and shaken hands with Muslims who entered in our church through this noble ministry!"

According to the International Labour Organization (ILO) 2017:

According to one of the training facilitators, out of the 40.3 million victims, 9.2 million are from Africa.

In the same vein, the Association of the Religious in Uganda (ARU) in partnership with Africa Faith and Justice Network (AFJN) met stakeholders at an interdenominational level at a day's workshop in May 2019. The day was organized to assess and ask the stakeholders for a follow-up of earlier meetings with social justice advocates: parliament, NGOs, relevant ministries and partners.

The day was made rich with testimonies from the victims of TIP, and punctuated with images of those being tortured in the job market of the Arab world. This experience aroused emotional reactions. Varied opinions were expressed while forging a way forward: "Let us go to demonstrate on the streets!" Others said, "Sisters we shall stand with you to fight human trafficking to the end!" "No more seeking jobs abroad," others chanted.

The issue of TIP is undeniably a real and sophisticated game of hide and seek. Both parties are sticking to their guns! It is about win and win. The international network of sisters are equally determined to combat the evil with the help of a supernatural supreme Being: God the Almighty.

"If it was not for God's intervention, we would have given up due to the expensive nature of dealing with human trafficking and the risks involved," one member lamented.

The participants resolved to rescue, rehabilitate and re-integrate victims through partnerships with the help of government agencies, and civil service organizations, the International Organization for Migration and several well-wishers. Accordingly, there is need to establish a help desk at Entebbe International Airport, and streamline the operations of the licensed recruitment companies to promote safe migration for jobs abroad. And the criminals involved in human trafficking need to be prosecuted.

Meanwhile, Talitha Kum, an international network of Catholic consecrated persons to stop trafficking, is preparing an assembly in Rome Sept. 21-27. With bottom-up working group dynamics, the delegates will share experiences in combating human trafficking, centering around sexual exploitation, labor exploitation, forced marriage, criminal acts and the like, and identify the main groups who are in situations of vulnerability.

Each continent will have its own space/room to display all the pictures, posters, handicrafts, research and reports done by the TIP networks. The material exhibited will bear evidence of the work done by the network.

Personally, I feel privileged and delighted to be part of this team. I have heard and seen several social issues that need to be addressed with concerted efforts — TIP being one of them. I'm pleased to be part of the local and international team in addressing TIP. Being a team player myself, I love and enjoy teamwork. I feel and believe we shall move the "mountains" of TIP and also address other forms of modern slavery through the platform made available to us. 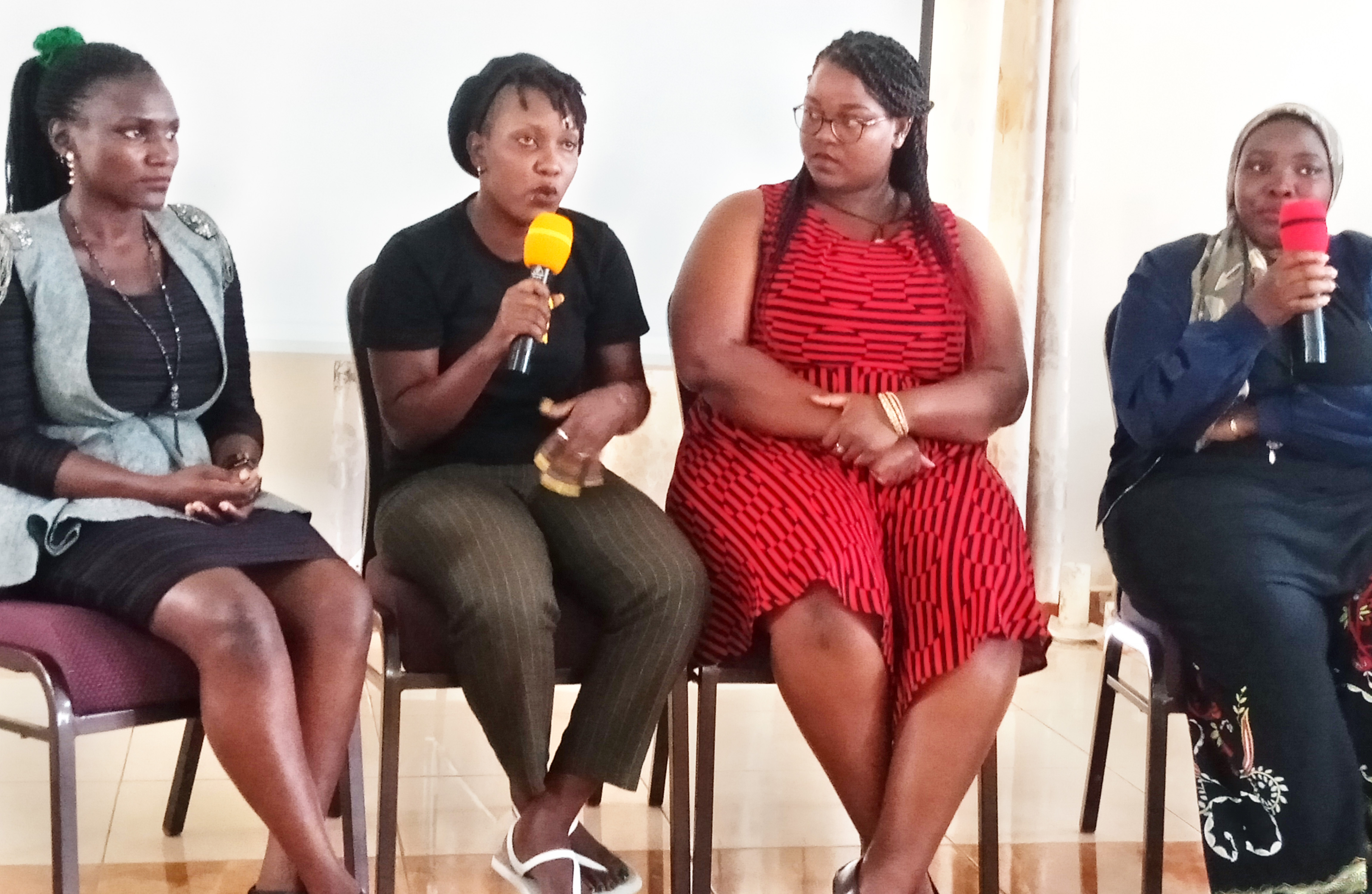