In 2004, for the first time, I met prostituted women who had survived and were moving successfully into recovery. I was awed by their stories, but more so by their strength, courage and resilience. How could anyone survive what they had experienced and still have hope? One told me, “God reached into hell and pulled me out.” I wanted to say, “Yes, but give yourself credit.”  She now operates a nonprofit, helping other victims and survivors. Another told me her buyer left her for dead in a motel. She has since earned an associate’s degree in nursing and secured employment.

How did I meet them? At the time, I was responsible for the Catholic Campaign for Human Development grants, and one of our pastors asked if the nonprofit mentioned above would qualify for a grant. It did — every year for the next three, the maximum allowed by CCHD. I became a board member for the nonprofit, assisting them for five years and facilitating their receiving other grants.

When younger, these women were among those at great risk — runaway youth. The National Conference of State Legislature cites studies showing that "youth age 12 to 17 are more at risk of homelessness than adults"; "one in seven young people between the ages of 10 and 18 will run away"; and "75 percent of runaways are female." If runaways or homeless youth are on the streets without a safe place to go, their abduction is likely within 48 hours, according to public safety officials. They often run from or are forced out of terrible home situations. Many believe nothing could be worse. Unfortunately, they are usually wrong.

I was frustrated to know my home state, Missouri, is lagging behind in protections for child sex trafficking victims. According to Shared Hope International's Seeking Justice 2018 Report, only "23 states and the District of Columbia prohibit the criminalization of minors for prostitution offenses" by adopting varying statutory approaches to prevent the criminalization. Missouri is not among them. The report notes that child sex trafficking victims may still endure arrest, detention, interrogation and/or adversarial investigative practices that result in further victimization of the child. While better than nothing, as the report states, not all protective laws "are necessarily safe for all exploited youth."

While states may be failing exploited children and adults, local nonprofits, organizations, agencies, education and health care facilities and systems, faith communities, anti-trafficking advocates and law enforcement are working together to address human trafficking. One example here in Missouri is a county health department whose director established a task force consisting of representatives from all these groups. Their primary goal is prevention through education, intervention and collaboration. I am on this task force, and I learn every time I participate. I also contribute from my experience and expertise, and am grateful for the colleagues who share my passion to end the tragedy of human trafficking.

While not downplaying the importance of serving victims and survivors and working for legislative changes, I focus primarily on education. One key element in education is serious discussions with parents, grandparents, guardians and/or youth about the dangers of social media. Youth often unknowingly put themselves at risk for exploitation by what they post on social media. A police officer, sheriff and district attorney on the county task force talked about how predators prowl social media platforms and apps, looking for attractive young individuals’ photos and information, to use in their ads and promotional information. They are selling a lie, but the innocent are publically exposed. Predators may also engage in sextortion, the practice of extorting money or sexual favors from someone by threatening to reveal evidence of their sexual activity.

Predators identify the most vulnerable youth, marginalized in some way, lacking self-esteem and/or self-confidence. These young victims live in your city, maybe even in your neighborhood.  You may have seen one of them in your hospital’s emergency department, or at the truck stop on the interstate. They may even be a student in your high school or university.

Education allows prevention and intervention before it is too late. It teaches about risk factors like viewing pornography, exchanging or sending online messages or photos with sexual content, meeting secretly with online acquaintances, exchanging sexual acts for money or participating in unhealthy relationships.

Children as young as primary students unintentionally advertise their vulnerability by what they say or post on social media. As I have learned, the most vulnerable include runaways, foster children, immigrant youth, LGBTQ youth, those thrown out of their own homes, and those living in poverty or in dysfunctional families. Sadly, predators know this and seek them out.

Predators also make advances on children at malls, restaurants, coffee shops, arcades, movie theaters and other places where youth gather. Explaining to youth what human trafficking is, how they and their friends are at risk, and what they can do to avoid being targeted, lured or chosen as victims can help them understand how to protect themselves and their friends.

While speaking to one university class, I explained how they might be approached while hanging with friends at the mall, who might be targeted in their group, and how best to respond. A young woman quietly raised her hand and said, “That happened to me.” When I asked how she responded, she grinned and said, “Sister, I won’t tell you what I said to him!” Her classmates laughed, but she drove my point home, loudly and clearly.

Sadly, many victims are much younger than college-aged. In the vicious human trafficking world, the younger the victim, the more they earn for their trafficker. In many cases, predators use violence and drugs to control victims; for these victims, recovery entails getting and staying sober, in addition to healing from physical and emotional trauma.

So far we have considered children/youth, but the plight of trafficked adult women and men is horrific too. The trauma of every human trafficking victim is life altering, and requires long and intense therapy to heal and recover. We celebrate every successful recovery, and mourn every non-recovery.

Human trafficking is a complex tragedy that interconnects with many other social justice issues.  Whenever and wherever people are at risk, they are vulnerable to trafficking. They may be victims of natural disasters, detainment at the U.S. border, coyote abandonment, gun violence or terrorist attacks. They may be laborers in fields or factories.

When you see a person you suspect is being trafficked, respond with compassion, being careful not to put him or her at risk; you can call the National Trafficking Hotline at 1-888-373-7888.  They will give you safe, accurate information. If it is an emergency, call local law enforcement; many officers are trained to know how to respond.

Whatever you do, don’t look away or remain silent! I have not! And I teach students: “See something, say something.”

How do I endure in the face of all this grimness? Besides praying, I read, go to plays, call friends, take long walks, participate in water-based classes at the Y and remember the successes.

Review the comprehensive 2018 toolkit from Shared Hope International. Learn about the Polaris Project, home of the national human trafficking hotline, and a leader in the global fight to eradicate modern slavery. They focus on helping free survivors, preventing more victimization, and leveraging data and technology to pursue traffickers wherever they operate.

[Sister of Mercy Jeanne Christensen lives in Kansas City, Missouri, and serves as the justice advocate against human trafficking for the Sisters of Mercy West Midwest Community. She is actively involved in many local, county, state and national anti-human trafficking groups, and is a member of the Board of Directors of the U.S. Catholic Sisters Against Human Trafficking.] 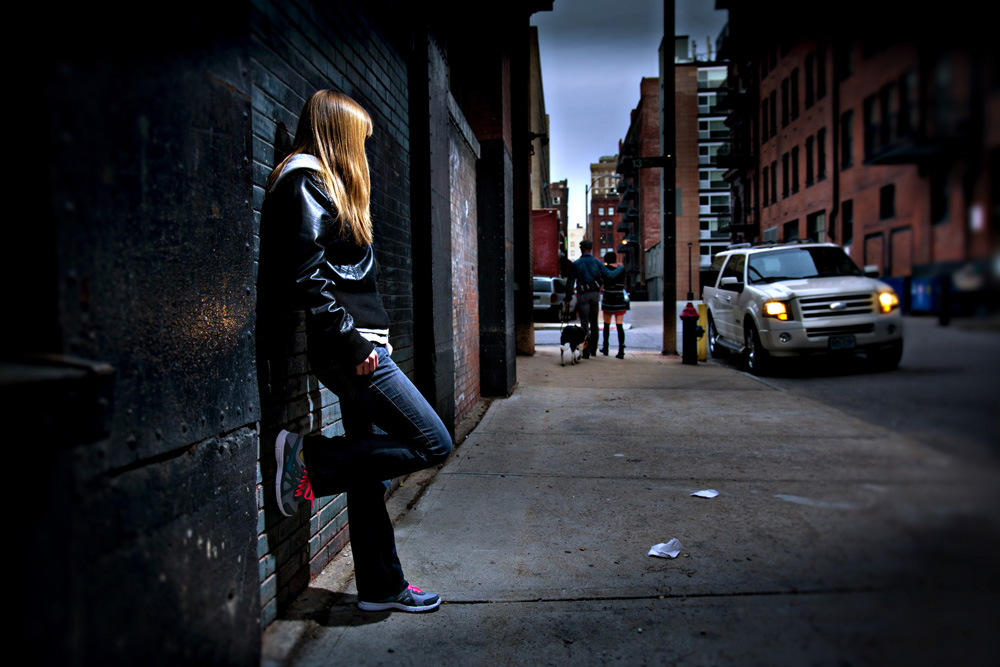