Standing near the crucifix, Father raises the round brown unleavened bread: "The body of Christ." Communion prayers over, ministers gather round the altar table and break consecrated bread into pieces. And feed the pieces to all comers, sheep and goats, saints and sinners: "The body of Christ." After the final prayer and blessing, the flock exits, seemingly disparate parts now a new whole: the "mystical body of Christ."

Does every breaking, every shattering, evolve a new whole?

Religious life seemed a solid, unbreakable whole when in the late 1950s I melded myself into the Sisters of St. Joseph of Carondelet. Now, as I celebrate my 60th year as a sister, I watch what seems a breaking of what was: convent living, common habit, rote prayers at fixed times, predictable ministry as nurse or teacher, and a sheltered, comfortable future.

Not until Vatican II did Catholic religious women dig up their roots. My community's seeds were planted in war-destroyed and poverty-ridden France in 1650. For the first time, mostly middle-class Catholic widows and single women joined together in community to provide food, clothing, shelter, and physical and spiritual healing to the marginalized.

In doing so, they broke church law, which prescribed that religious women live their vows of poverty, chastity and obedience in silence and prayer behind cloister walls. "Sisters" roaming the city lived in sin, said the hierarchy of the time.

These women challenged a sexist church and culture that saw them as weak, needing protection. Prophets of a new age, they wore simple dress, valued prayer but on a flexible schedule, and served the "dear neighbor."

The earliest Sisters of St. Joseph, like the Daughters of Charity and other new "active" or "apostolic" communities, unlocked their doors and proceeded to do "all of which woman is capable" for the mission of Jesus, living poverty, chastity and obedience in new ways and doing works of mercy — in prisons, in hospitals, in ghettos, in orphanages, in asylums.

They and the Holy Spirit created a new whole.

Since religious women's ministry was both valuable and cheap, for two centuries the church ignored their law-breaking ways. Finally, in 1917, canon law deemed apostolic religious women's life legal, but imposed some cloister-like rules: common prayer and habit, convent living, silence, and ministering as teachers and nurses. That was the religious life I entered in 1957.

By the time I professed my first vows in 1961, Pope John XXIII and progressive theologians at Vatican II were trying to push the Roman Catholic Church into the modern world. At the same time, the civil rights movement and feminism were breaking down old cultural norms.

Very quickly, my formerly unchangeable life started to shift. Religious became one with the laity, not a step above them. Lay ministry was affirmed. Social justice was the essence of Jesus' teaching.

Finally, the council's prescribed study of each community's foundational documents revealed that many orders, like mine, originated to give direct service to the suffering poor.

With this eye-opening knowledge about their history and in the midst of church and cultural upheaval, sisters struggled forward, arguing about change, breaking down some traditional ways while trying to hang on to others. So my black and white habit went, but only black, gray, blue and green suits and small black veils were allowed. Until somebody said, "This thrift shop flowered dress is cheaper" (and prettier).

As society and church were changing, significant numbers of women left their updating communities while ever-smaller classes entered.

As the 21st century opened, a different, if lumpy, apostolic religious life seemed to be emerging: some apartment living, some varied clothes, some unscheduled prayer, some contemplative prayer, some ministry with marginalized sisters and brothers, some action for systemic justice. And ever-falling numbers. What next?

Is it "completion"? Yes, say some. After years without anyone making final vows, communities that choose "completion" stop admitting members, ending completely their role in the mission of Jesus when the last sister dies. Two examples are the Franciscan Sisters of Mary and the Sisters of the Most Precious Blood.

Other communities, especially those in merged entities, continue seeking members. For example, the Federation of the Sisters of St. Joseph, an amalgam of North American congregations who "claim a common origin in the foundation at Le Puy, France, in 1650," do not use the terms "last sister" or "mission ends" or "completion."

Rather, while planning changes that will take care of its older members, member congregations send their one or two new members to a one-year "federation novitiate." Also, as Sr. Colleen Gibson described it, the federation annually brings together member congregations' candidates, novices, newly vowed members and under-10-year professed members to discern "where the Spirit might be leading us ... into the future."

Perhaps congregations choosing "completion" are like the women sitting at the foot of the cross who have watched Jesus die, his work complete, and as yet have not seen the risen Christ. Such congregations wait in absolute darkness but with unshakable hope that a whole new way of doing the mission of Jesus will come into being from the broken pieces of contemporary apostolic religious life.

Perhaps those "tending the flame" are, as Gibson puts it, like the confused, indeed fearful, disciples gathered in the upper room, sitting "with the grief of what is lost and also the hope of what is to come."

For they have already glimpsed the risen Christ and await their Pentecost moment.

[Francine Dempsey has been a Sister of St. Joseph of Carondelet, Albany, N.Y., for 60 years. She is a retired educator, longtime justice advocate, a freelance writer and a member of the Eyes Wide Open of Northeast New York.] 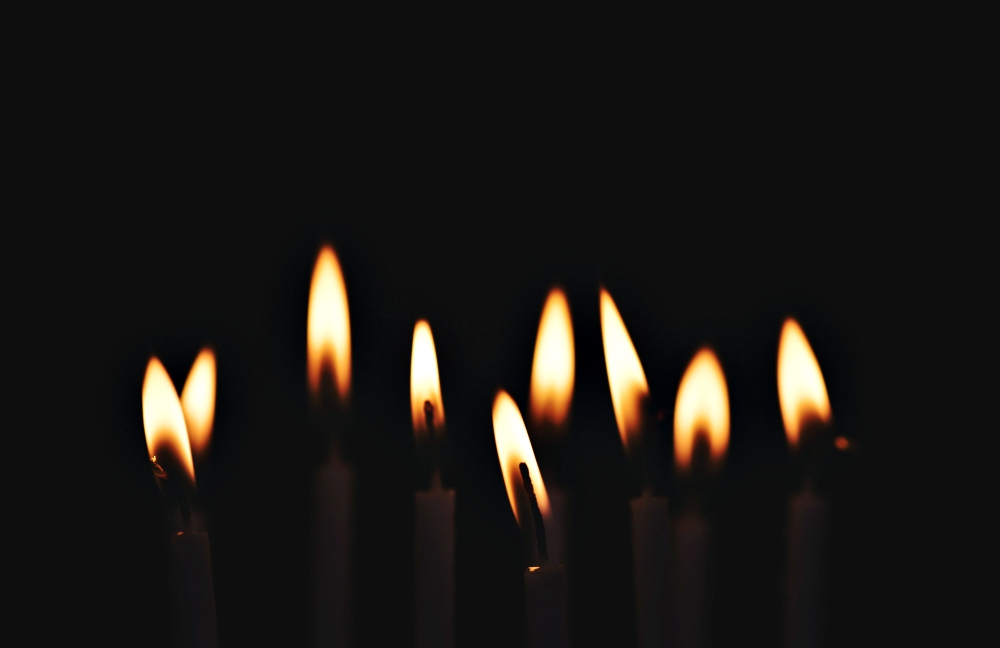