There was something in the air last December as the old year was preparing to yield to a new one.

I couldn't give it a name, but it filled me with energy, enthusiasm and even restlessness. It was compelling: something to which I could not say no. As we prepared to close the office for the holidays, I was filled with the "nesting instinct" of younger years and cleaned my office to prepare for new life.

What was this new, all-consuming energy? To what was I called? To what were we called? How would it take flesh in the coming days and weeks?

I knew where it began: at the biennial congress of the Religious Formation Conference (RFC), which was held in Milwaukee in late November. Themed "Grace in the Now: the Gospel of Encounter," the days were a magnificent mix of challenging input, inspiring prayer and liturgy, and energizing conversations.

In our many months of planning for an experience for others, I didn't realize that I, too, would be filled with the grace of encounter! The congress impelled me into the end-of-the-year activities with new purpose and focus that took on a life of its own.

As the new year began, the amorphous energy began to take the shape of a new initiative for the RFC.

Originally set forth as the first goal of our new strategic plan, the proposed program is also a response to the well-received proposal presented in the post-congress session given by Sister of Notre Dame de Namur Mary Johnson* and Immaculate Heart of Mary Sister Sandra Schneiders.

Entitled Together: A Collaborative for Theological Education, Formation, and Community, it is designed to encourage the newest members of religious life (brothers and sisters in initial formation who have completed their canonical year of novitiate) to study theology in a community setting.

It provides a balance of education, community and formation. Most importantly, Together is a collaborative with Catholic Theological Union (CTU) in Chicago, where our offices are located.

The planning work for the program launch has entailed far more than careful time management, collaboration, delegation and grit. Rather, it is the response to a call, the fulfillment of a dream and the meeting of a need.

This is affirmed each time I describe the program to others or enlist their support or assistance. I am consistently met with affirmative responses, generous offers and open doors. My internal mantra says, "There is something so right about this!"

The "rightness" was confirmed by the simple, yet profound, response of one of our CTU collaborators to the proposed project when he exclaimed, "What a gift to the Catholic church in America!"

More recently it was affirmed by the article in Global Sisters Report entitled "Poor Jesus and the Vow of Poverty," in which Margaret Gonsalves, a Sister for Christian Community, makes an impassioned case for higher education for religious women, including graduate work in theology.

The Together program will provide a solid theological program of study at CTU to enable new religious to acquire the knowledge needed for lives of ministry as public witnesses in the church. The cohort and residential nature of the program will foster community-building among those who participate in it, forming the basis of a lifelong support system for the next generation of religious.

Participants will engage in formative elements, such as theological reflection, spiritual direction and experiences that foster interpersonal skills for community living, intercultural capacities, effective communication and other integrative learning. Both women and men religious, as well as many laity, are engaged in various education and formation programs at CTU (the enrollment is about half religious and half lay). It is a rich environment for this program.

This living and learning community will enable a holistic integration of the intellectual, affective and spiritual. It will foster transformative growth and development that springs forth from peer communities that challenge and support each other.

Moreover, learning within a diverse community will help to prepare new religious for community living within their own communities, with other communities and in the intercultural church and world in which they will minister.

The education of cohorts of women religious and brothers together at a theological school that also focuses on the preparation of clerical religious enables mutual learning. It also encourages broader understandings and conversations, thus helping to break down the dividing walls of clericalism in the church.

For example, in a recent conversation, a formator in a mixed community of men (clerics and brothers) expressed a desire to educate their brothers in theology so that they might enter into equal conversation at the dinner table. The healing of the divisions between women and men religious, and divisions within the broader church, builds up the people of God and the coming of the reign of God.

Together is intentionally designed as a cohort program and, as such, will connect new religious, primarily women, who are in very small formation groups within their congregations. Through their participation, it is hoped that they will form inter-congregational support networks, not only for their own individual support, but also to further the continuing evolution of religious life in the United States.

There are many common elements in congregational charisms and missions. Through their growing networks, newer religious can connect these elements and foster the emergence of the charism of religious life.

Something was definitely in the air at the end of last year: the breath of the Spirit moving among us, inspiring us, challenging us, spurring us on to more!

*An earlier version of this column gave the incorrect community.

[Ellen Dauwer is a Sister of Charity of St. Elizabeth of Convent Station, New Jersey, currently living in Chicago. She spent 20 years in higher education, teaching educational technology and serving in administration. She recently completed eight years in congregational leadership and began as executive director of the Religious Formation Conference in January.] 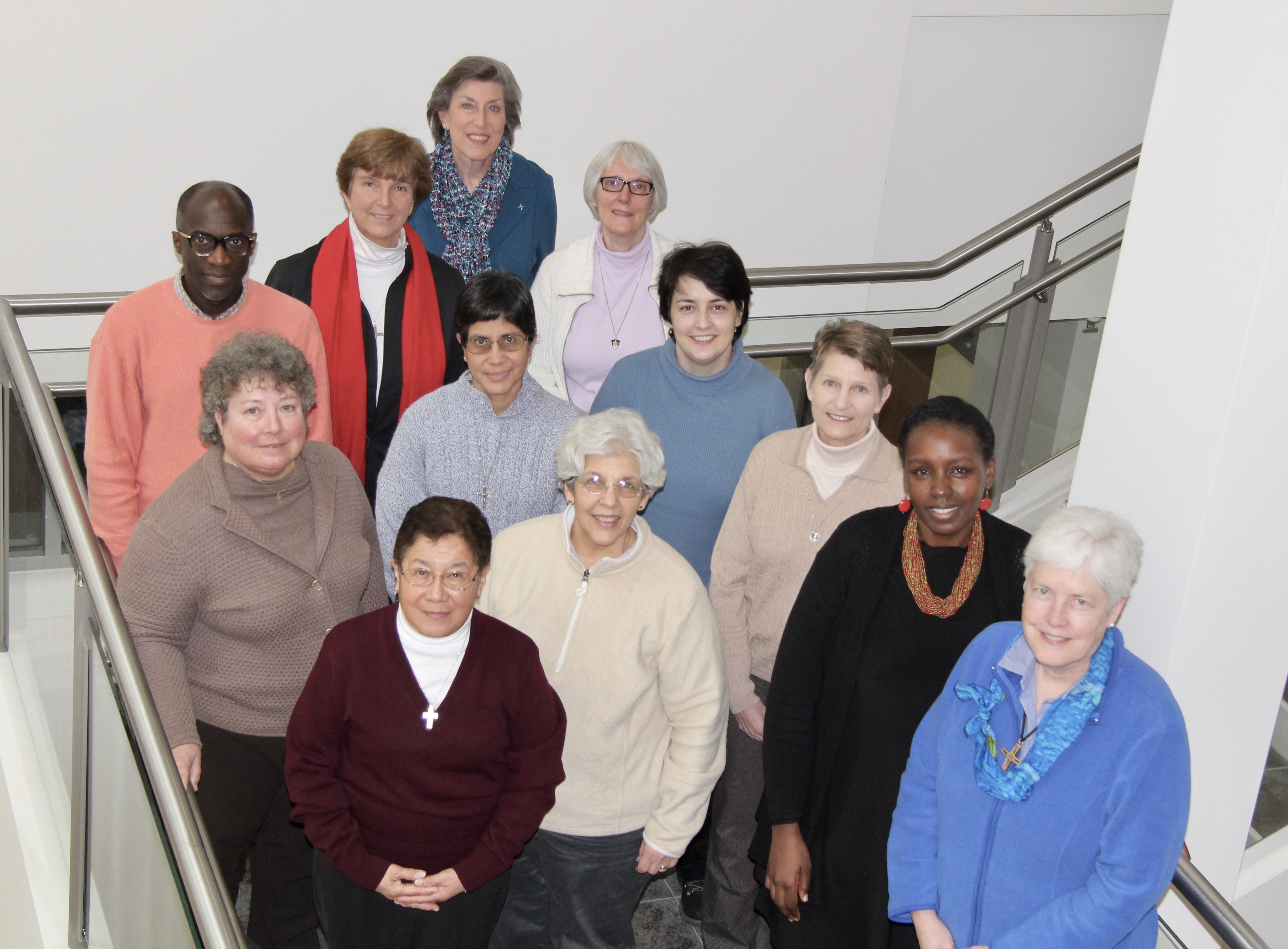