Zest for life: Letting go as a contemplative community 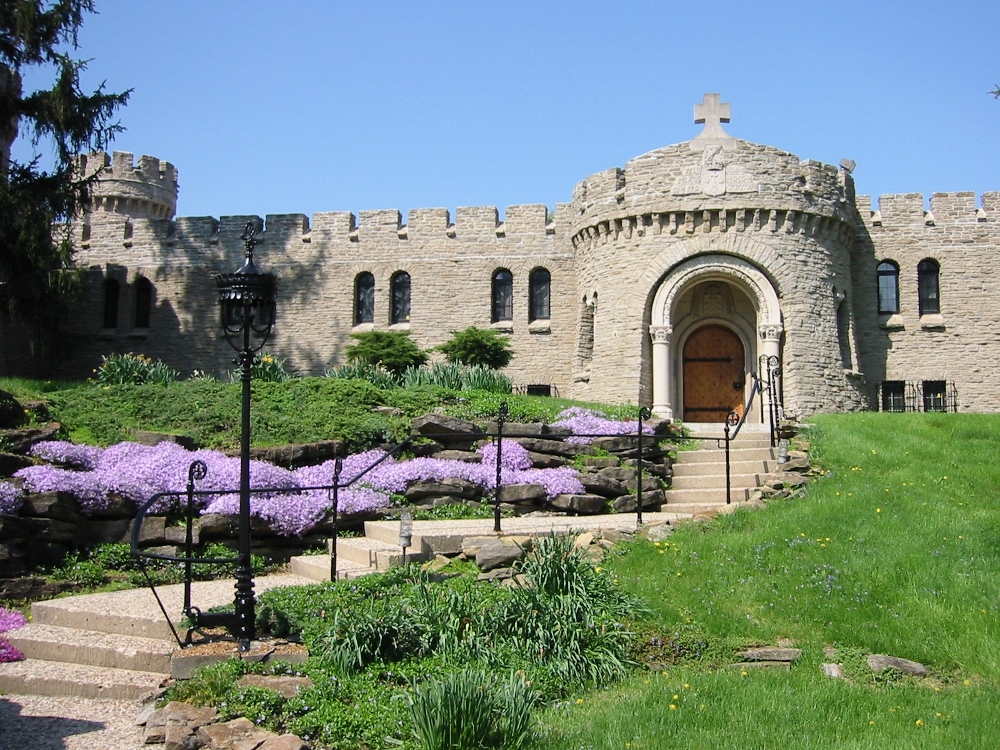 As we were chatting at supper, School Sister of Notre Dame Barb Soete, on home-leave from Nepal, was sharing her teenage memories of camping. "My mother, Grace, said: 'If you realize you forgot something, call me and I'll tell you how to get along without it.'"

I began to reflect on what "getting along without" and "letting go" means as our religious communities accept the loss of beloved friends and sisters, ministries and property.

Does evolutionary consciousness, characterized by Teilhard's understanding of a "zest for life" have something to offer us in this process?

The journey of Carmelite Community, formerly of Indianapolis, came to mind. Having visited them over the past 30 years, I celebrate their zest for life. Their fidelity to the Carmelite charism is evident. Being life-long seekers of that precious intimacy, of which Teresa of Avila spoke, they live out her insight: ". . . if I had understood as I do now, that in this little palace of my soul dwelt so great a King, I would not have left Him home alone so often."

The history of the Carmelite Sisters' 76 years in Indianapolis is rich.

Their monastery in Indianapolis was unlike any architectural ambience I have ever experienced. Approaching this grey stone replica of a 16th-century monastery of Avila brought a sense of awe and expectation. Walking through stone arches and beautifully carved oaken doors called me into the "sounding solitude" of St. John of the Cross.

I came for retreats, Sunday liturgies, and for a three-week live-in, experiencing a pervasive sense of peace and contemplative energy. The silence was like the breathless beauty of a snowfall, calling me into a new space, uncluttered and breathing with possibility.

Their rhythm of life was a gentle cycle of praying the Office, mindfully walking in the lovely garden, focused work time, simple, nutritious meals and conversation after supper, all with a strong emphasis on community, both local and global. Their work time was spent in baking altar breads with additional income provided by type-setting for Cistercian Press. The latter equipped them with skills and a network in publishing that would help them evolve into another expression of their contemplative ministry.

In the mid-1980s, a request of a new member to address God as "You" opened their hearts to explore gender-neutral language in deepening a relationship with the Divine. Desiring to foster the Vatican II call to "universal holiness," they composed sacred texts with language that includes and celebrates the feminine. The first 800 copies of their psalter sold out almost immediately. Eventually they would publish 100,000 copies of People's Companion to the Breviary, which many local communities, including mine, still find valuable for renewing our "zest for life."

Their prayer was focused on healing, especially united with those living with AIDS or other suffering people. True to the Carmelite tradition of study, their exploration of the Divine developed a broader context, finding the sacred within all of creation.

Like Teilhard's, their mysticism was fashioned by evolution and awe at the delicate balance of ecosystems, as well as awareness of destructive practices reducing Earth to a wasteland. They prayed for a new planetary ethic.

I recognized in them a "zest for life" as they welcomed a search for the Divine beyond words and fostered a desire to promote justice through the contemplative lens of their life in community.

Their interaction with public relations colleagues in the late 1990s also affected their shift of consciousness. These colleagues encouraged them to share their contemplative ministry with the wider community, inviting others to explore the universal call to holiness so emphasized by Vatican II. They launched a website "Pray the News," sharing their life stories and welcoming young women to live with them for a week. 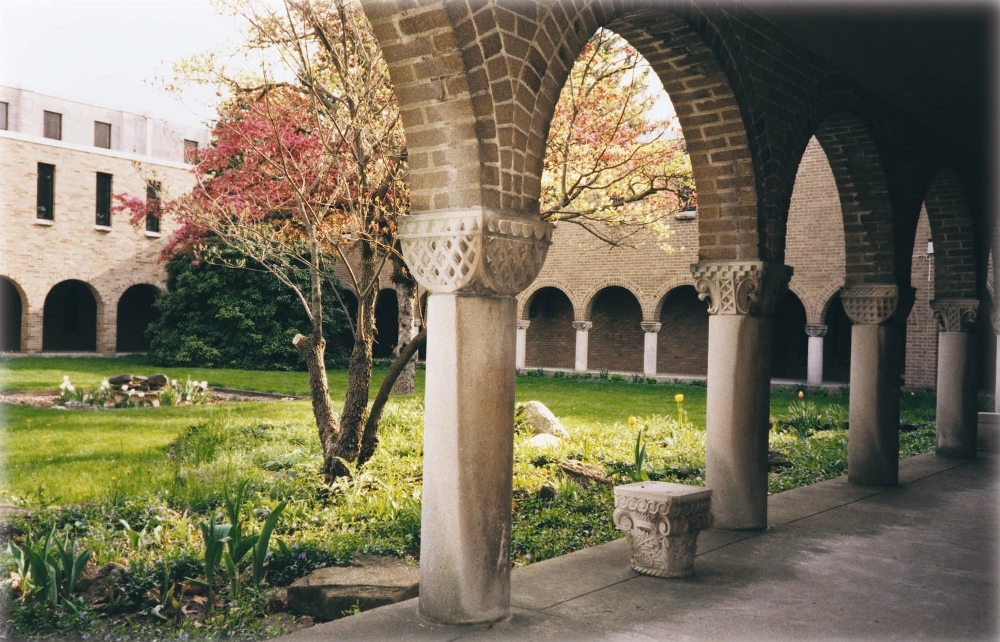 During my most recent visit, Sister Jean, the prioress, reflected on the experience: "When we took down those grates [the grill work that marked the entrance to the cloister], I felt like 'contemplation' was escaping, flowing into the whole world. Our opening to PR brought us into communion with the faith-life of others. It fed and enriched our prayer."

They saw advertising their life as a "window of opportunity," checking out whether the interest in contemplation could sustain a younger generation of Carmelites. They formed a five-year effort to encourage new vocations. However, by 2006, only two women had entered and neither stayed. Although the Carmelites were a vibrant community, with lots of friends and benefactors, and had become a true center of prayer in the city, their original goal had not been achieved. With nine members remaining, they decided not to accept new members and to sell their monastery and find a new place to live.

As their plan unfolded, they negotiated in 2007 with the University of Notre Dame to "house" their archives. And in 2008, their monastery was purchased by the diocesan seminary.

In their search for a religious community to receive them, the Carmelites visited the Franciscan Sisters in Oldenburg, Indiana. Conversations included visiting possible sites for the Carmelites to call home, dialogue about a burial plot, and arrangements for use of the infirmary. When the Franciscan leadership took the question, "Will you agree to welcome the Carmelite Community to our campus?" to their membership, all the sisters raised not only one hand in agreement, but two!

With this enthusiastic welcome, the nine remaining Carmelites moved to Teresa Hall on the campus of the Oldenburg Franciscans in 2008.

Reflecting on this process, Sister Jean noted that, "God is the abyss of all possibilities. Evolution is the unfolding of this possibility." And she added, "I don't have the sense of dying as much as birthing something more."

With deep enthusiasm, Jean added, "My cosmic vocation begins at death, so do not say 'May she rest in peace' when I die!"

A celebration marking the move from Indianapolis to their new location was held at the cathedral, July 16, 2008. Viewing their journey in light of the call of Vatican II, Sister Jean Alice McGoff prioress of the Carmelite Community reminded those of us who attended of the universal call to holiness and of the prophetic statement from A Gentes, "The contemplative life belongs to the fullness of the presence of the Church."

"We have tried to live this broadened contemplative understanding of God, church and world for many decades, and to sow its seeds where we could," Sister Jean Alice reflected. "It challenged us to balance our life of community and work, prayer, silence and solitude with a contemplative presence to the world. It was our hope to pass this on to a new generation of Carmelites. Instead, we have had Abraham's experience of standing on the shore of the future."

This experience of "standing on the shore of the future" led them to make difficult decisions. They listened to the Spirit speaking through Vatican II and over the years saw their community as part of a sacred, evolutionary process. 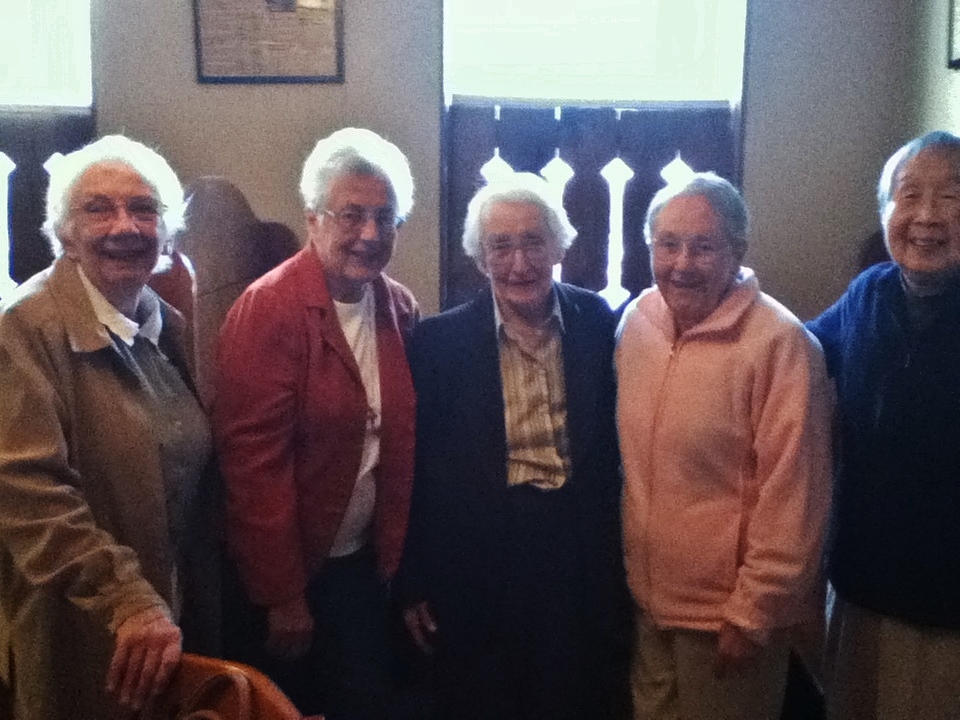 Currently, five sisters form the Carmelite Community at Oldenburg: Jean Alice McGoff Prioress, Marcie Malone, Liturgy, Teresa Boersig and Helen Wang take care of finances, and Anna Mary Larkin is in the Infirmary. Their health care is under the auspices of the Franciscan Sisters, and in 2011, they made a covenant with the Franciscan Sisters which provides for turning over administration of Carmelite finances when the present community is no longer able to take care of it.

As we all shared lunch, their zest for life was evident as they looked back on the decisions of the past, seeing how a power greater than theirs had prepared them to let go. Teresa mentioned that learning type-setting prepared them for the writing and publication of the Companion to the Breviary. Jean recalled that when they had signed the bill of sale with the Bishop, they did not receive a check until much later than they had expected. Now they recognize that this delay led them to invest their income after the "bank bubble burst" thus safeguarding their finances.

As I listened to their experiences of "letting go," it truly felt like they had learned "to do without." They have entered into this grand adventure with joy, radiating a "zest for life."

As I prepared to say good-bye to Sister Jean, she said with awe and deep gratitude: "I really believe the best wine has been saved 'til last." (John 2)

[Judith Best is coordinator of www.sturdyroots.org and gives presentations on the heritage of the School Sisters of Notre Dame. She is also exploring evolution as the bridge between science and religion.]

Sisters in the public square: Persuasion, politics and prayer