There was a time when Christmas season damped out the noises of the mundane. Not now. Now there is a great deal more static in the United States than any number of celestial choirs can possibly hope to quell.

The disquiet arises, at least in part, from a growing sense of uncertainty in the American soul. Nothing seems normal anymore; everything feels split. Every day, we find ourselves in a new political quandary that threatens us, unsettles us, divides us rather than unifies us. And worse, the split emanates from the top down.

For the first time in modern American history, the presidency, the great stabilizer of American government, is being destabilized by the president himself. The White House itself has become a revolving door of Donald Trump advisers, fired, resigned or summarily replaced.

Some of these high-level ex-officials left under the specter of corruption; others were fired for giving the president advice and answers he did not want. A rare few left, it seems, for conscience reasons. Whatever the reason for the departures, they tempt a person to doubt the stability of presidential planning as one political team follows another in rapid succession.

Finally, the president's "policies"— rather than proposed thoughtfully — are tweeted compulsively. So much for programs shaped by discernment, discussion and thoughtful debate in Congresses before this one.

But most important of all, perhaps, is the manner in which the government is being conducted: Presidential gravitas has been blown to the wind. So should we take him seriously or not? Presidential commitment to the welfare of the entire country, rather than the militarization of its particular parts, has been reduced to equal mixtures of party politics and gross racism. So is he a national president or a factional president? As a result, too much of what purports to be presidential leadership feels like presidential whim or, worse, presidential agitation. So is the country safe or not? 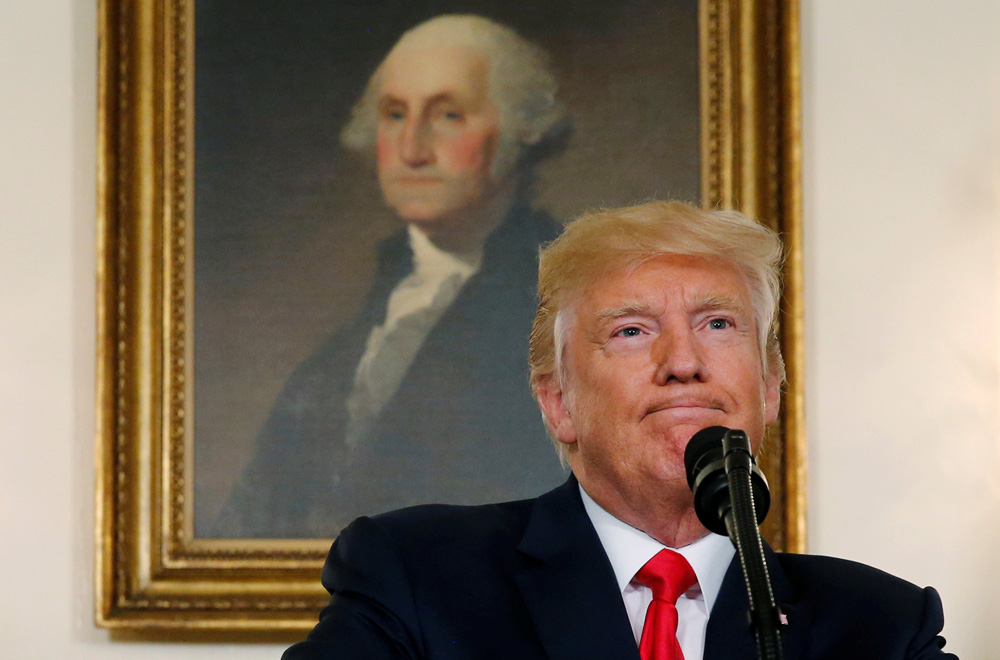