Skip to main content
This story appears in the Notes from the Field and Sustainable Development Goal 12: Responsible Consumption and Production feature series.

Notes from the Field are reports from young women volunteering in ministries of Catholic sisters. The project began in the summer of 2015 when, working with the Catholic Volunteer Network, we enlisted four young women working in Honduras, Thailand, Ethiopia and the United States to blog about their experiences. The fall series presents two more women, both volunteering with sisters' ministries in the United States.

Isolated mountain life is making my husband and me get uncomfortably close to a lot of other people's garbage. The old homestead we live at has seen a plethora of residents in its time, each adding their own contributions to the seemingly endless amount of clutter throughout the home.

Since we arrived weighed down with our own truckload of wedding gifts, we have been overwhelmed with the daunting task of sorting through and disposing of what was already here. We've spent weeks going through our home and the other buildings on the property, trying our best to be methodical. Much of the clutter is truly worthless, and we can toss it into garbage bags with only a twinge of guilt. Then it's a half-hour drive to the closest "dumping facility" we have: the coal company's community dumpster.

Though we diligently sort all our recyclables, we haven't found anywhere within an hour of us that will take them. One ambitious weekend, we cleaned and sorted 200 pounds of scrap metal, filled the back of the sisters' truck with it, and drove three hours round-trip to get it recycled. For all that trouble, we made $6. Our current solution is to load every departing guest with a goody bag of our recyclables for them to dispose of in their own cities.

Facing a multi-year collection of trash can be staggering. We've found unopened packages of tools that have rusted in their plastic pouches. Piles of cheap gardening supplies with cracks or sun damage that render them all completely useless. Cables running through my garden soil into our home for a now-extinct model of TV. One entire shed was full of recyclable plastic containers from the summer camps. The sheer amount of wasted material is sometimes overwhelming. And Big Laurel is a place where people live simply and a lot more minimally than the rest of America.

But Big Laurel doesn't have a trash problem. It has a trash-removal problem.

This problem of dealing with garbage impacts our new community far beyond the boundaries of Big Laurel. A drive through the town of Kermit up to our ridgeline home provides a regional tour of rusted auto bodies and old children's toys strewn along the banks of Marrowbone Creek. A walk with our dog on the ATV trails around our property reveals hidden dumps in the trees where tossed-aside garbage bags have burst, strewing their contents into the foliage. Tires, beer cans and bottles litter the road, and the acrid smell of burning trash piles is a common scent in the fall air.

This is overwhelming proof of the harsh economic reality about how affordable trash disposal really is. Kermit, a town of 406, has a median household income of $28,795, meaning close to half the families live under the poverty threshold and a quarter receive food stamps, the second highest level for the state. The average cost nationwide for home trash disposal is between $150 and $350 a year, a price that is not realistic for many families in Kermit, even if the infrastructure were in place to make this happen. A lot of people live deep in mountain valleys on gravel roads, where it is not feasible for a garbage truck to travel regularly anyway. And besides, most residents would rather save the money and dispose of their trash themselves, regardless of the environmental costs.

All of this makes my environmental consciousness bristle. I grew up taking tests in school to learn the size of my carbon footprint and was involved in many communitywide cleanup events. Not recycling a pop can was unthinkable. My childhood was framed with the idea that the impact I had on the planet mattered, and I would be held accountable for it. It's hard for me not to judge when I see my students throwing their pop cans into the woods or dumping their lunches into the trash without sorting out the recyclables.

But I need to remind myself that I grew up in an affluent place, a community where trash disposal, even recycling, could be paid for without second thought. A place where an upcharge for a more sustainable product was seen as morally favorable. I need to realize that my environmental awareness is a privilege, not a universal standard.

And as much as I wish I could change the environmental reality in this region, I need to make myself look deeper into how the root problems of accessibility and poverty are impacting the situation. I need to have the grace to accept the deeply ingrained behaviors I cannot immediately change in order to have the courage to see and love the people around me for who they really are, without letting my judgments get in the way. I need to learn to see through to the people in front of me and not have my vision blurred by my ideas of what is acceptable behavior. How tragic to let something as trivial as trash get in the way of forming real relationships.

But I can't ignore my true nature. Come and visit us soon, and you might see us walking through the woods, toting a big garbage bag just waiting to be filled. 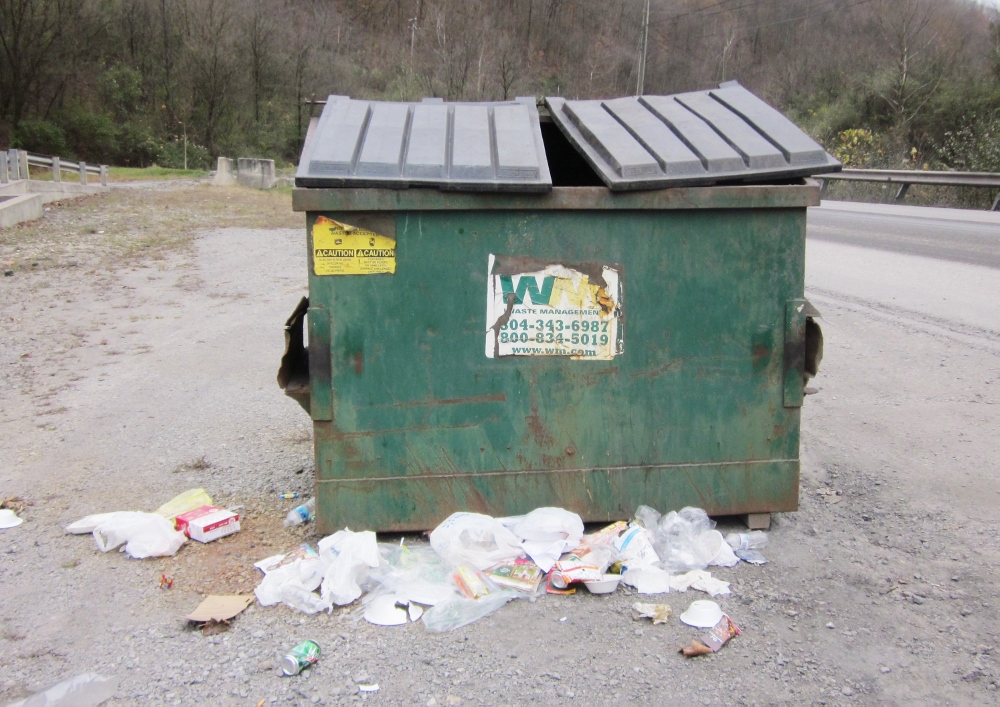 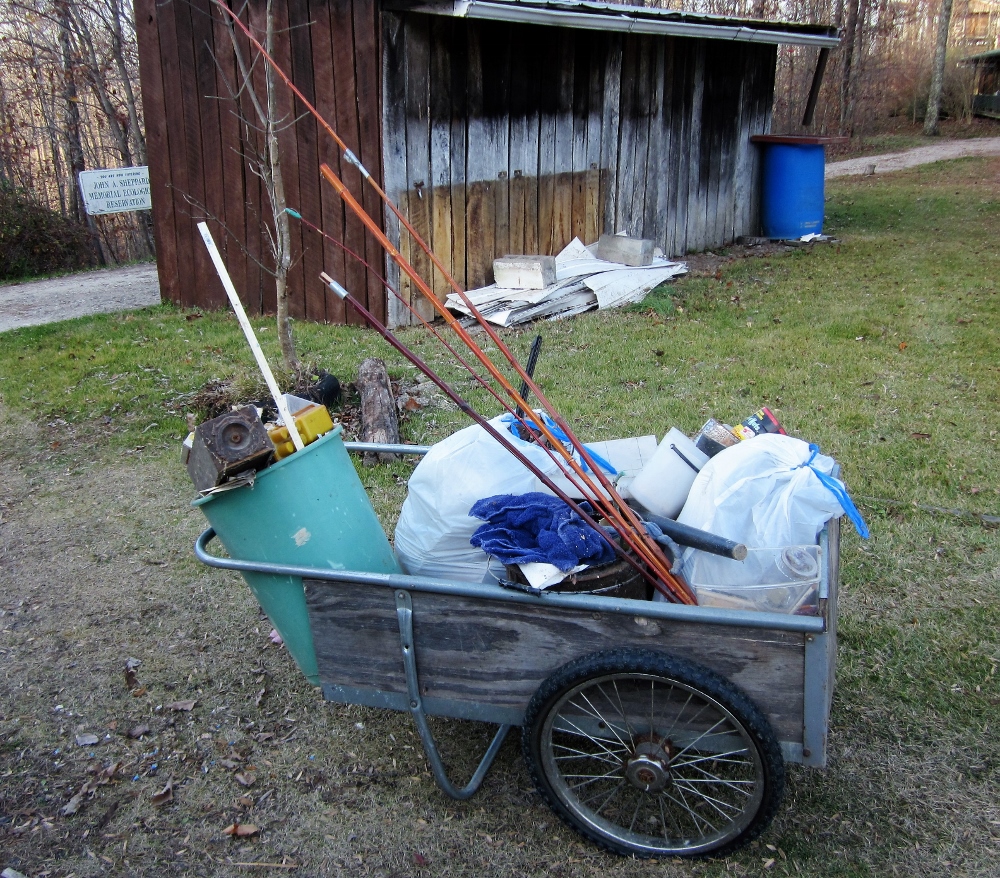 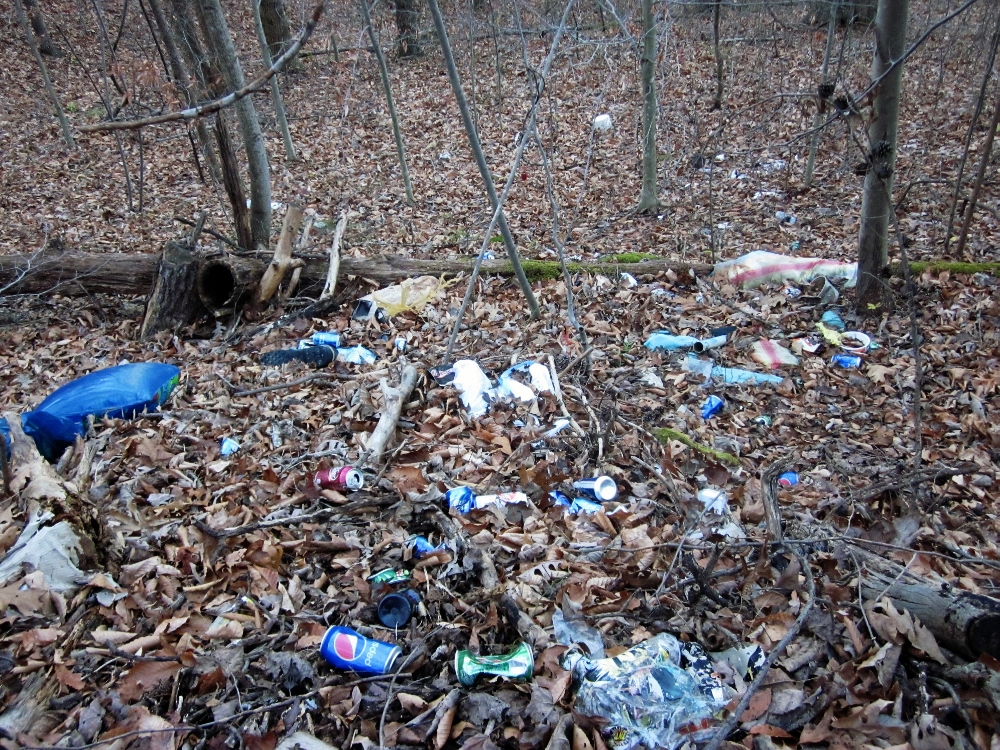