Banning Nuclear Weapons, A Historic Moment in Our Lives 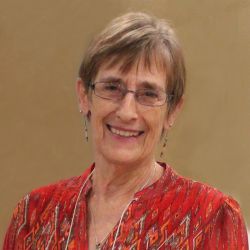 Today, Friday, January 22, 2021, the International Treaty on the Prohibition of Nuclear Weapons (TPNW) enters into force and becomes International Law.

This day will be “the beginning of the end of nuclear weapons” according to ICAN, The International Campaign to Abolish Nuclear Weapons. ICAN is a coalition of over 600 partner non-governmental organizations in 100 countries. There will be public celebrations in the US and worldwide, as this landmark global agreement, adopted overwhelmingly by a majority of the world’s nations, takes effect.

The following is a brief history about this historical event and what led up to its birth. Nuclear weapons (NW) threaten the very survival of humanity and our entire living planet. They are the most destructive, inhumane and indiscriminate weapons ever created. Both in the scale of the devastation they cause and in their uniquely persistent spreading of genetically damaging radioactive fallout, they are unlike any other weapons used in wartime. Only twice in the world’s history have nuclear weapons been used, both times by the United States, on the Japanese cities of Hiroshima and Nagasaki in 1945 during WWII. Close to a quarter of a million civilians were incinerated in an instant or suffered agonizing deaths in the weeks and months after the attack. Many thousands more have died in the seven plus decades since, from radiation sickness, which was genetically passed to generations.

Following the end of WWII and the beginning of the Cold War in 1947, the proliferation of nuclear weapons began.

During the next 73 years, nine countries in the world have created and possessed 14,000+ NW; with 90% of them in the arsenals of Russia and the US. The other 7 NW nations are China, France, UK, Pakistan, India, Israel and North Korea. There are also 5 nations that host NW for the US; Turkey, Italy, Belgium, Germany & The Netherlands. Today’s NW have explosive yields up to 40 times larger than those of the warheads that destroyed HIroshima and Nagaski.

For decades, the US and Russia have dictated the false narrative and lie that nuclear weapons can be used to protect life during war and conflicts and that people will survive. This has caused a psychological blind spot in the human psyche that is dangerous to the survival of all life on this planet; not only humans but for animal and plant life as well.

As the proliferation and the extreme dangers of NW became known after their use, concerned people including scientists, military members, people from Japan who had first hand experience with NW, survivors of more recent atomic use and testing, along with citizen activists from all over the world, began raising the alarm about NW. For over a decade, these organizers, following the thinking of Albert Einstein who said, “No problem can be solved from the same consciousness that created it; we must learn anew.” decided to dedicate their lives to the goals of educating the citizens of the world about the dangers of NW, with the explicit goal of abolishing and prohibiting their use. In 2007, ICAN was introduced at events worldwide. By 2010, the Red Cross and the Red Crescent, due to the extreme danger to humans, adopted nuclear disarmament as their priority. In 2012, on behalf of 16 nations, Switzerland delivered the first in a series of joint statements on the humanitarian impacts of NW.

Eventually 158 nations, approximately 80% of all UN members, joined the appeal. In 2013, Norway hosted the first ever intergovernmental conference on the humanitarian impacts of NW attended by 128 nations. In 2014, conferences were held in Norway, Mexico, and Austria with 500 ICAN campaigners advocating to “fill the legal gap” in the international regime governing nuclear weapons. By 2016 a special UN working group on disarmament convened in Geneva to discuss new legal measures to achieve a nuclear-weapon-free world and a
treaty was negotiated. Two months later, 123 governments voted to establish a formal UN mandate for treaty negotiations. And in 2017, ending two decades of paralysis in multilateral nuclear disarmament efforts, diplomats spent a month negotiating “a legally binding instrument to prohibit nuclear weapons, leading towards their total elimination.”

On July 7, 2017, in New York, 122 nations voted to adopt this historic accord and in Sept. of that year, it opened for ratification signatures. By October 24, 2020, the UN Treaty on the Prohibition of Nuclear Weapons reached the required ratification of 50 state parties, with the treaty to go into force 90 days later, which will be January 22, 2021. This treaty cemented a categorical ban on nuclear weapons, 75 years after their use The 50 nation states showed true leadership and perseverance to achieve a world without nuclear weapons, all while facing
unprecedented levels of pressure from the 9 nuclear armed states, not to do so. The Nobel Peace Prize, was awarded to ICAN in Oslo, Norway, on Dec. 10, 2017, for their work of “drawing attention to the catastrophic humanitarian consequences of any use of nuclear weapons” and for their “ground-breaking efforts to achieve a treaty-based prohibition of such weapons.” The prize was a tribute to the tireless efforts of many millions of campaigners and concerned citizens worldwide who, ever since the dawn of the atomic age, have loudly protested nuclear weapons.

Two women ICAN campaigners, very dear to many of us and our Dominican Community and to the wider peace and justice community, dedicated their careers and lives to the abolishment of nuclear weapons. Ardeth Platte and Carol Gilbert, Dominican Sisters of Grand Rapids, MI, worked tirelessly together for decades as anti-nuclear activists. They were very involved with ICAN and in the success of this history breaking treaty. Sadly, Sr. Ardeth died peacefully in her sleep In Washington, DC on Sept. 30, 2020 and while she will not be celebrating this historic event here on planet Earth, you can bet she will be at the best celebration ever! The rest of us, along with Sr. Carol and ten of thousands of others worldwide, will be celebrating this significant historic event here on this beautiful earth, with gratitude for Ardeth, Carol and all the ICAN campaigners and supporting nation states. Let us rejoice and celebrate with all of the living things on this planet, the beginning of the end of Nuclear Weapons, on Friday, Jan. 22, 2021 and beyond!