If the primary factor behind the Ebola outbreak in West Africa is poverty – and many experts have said it is – then the primary weapon in stopping it is education.

Michael Stulman, the Catholic Relief Services regional information officer for western and central Africa, based in Dakar, Senegal, has seen this repeatedly.

“Public education is really critical, because there’s no vaccine,” Stulman said in an interview from Sierra Leone via Skype. “Obviously, there’s a huge need to build and scale up treatment centers, but at the end of the day we need to see more behavior change so people are protecting themselves.”

Stulman has been working for CRS since June; he visited Sierra Leone in July and made another trip in late October to Sierra Leone and Liberia. More than 5,100 people have died from Ebola in Sierra Leone, Liberia and Guinea, the World Health Organization reported Wednesday. The number of cases has leveled or dropped in Guinea and Liberia, WHO said, but have increased dramatically in Sierra Leone.

Stulman said one of the first issues aid workers faced was a population that didn’t believe Ebola existed.

The Holy Rosary sisters, who operate a counseling and peace center in Bo, Sierra Leone, for vulnerable girls, reported last month that 70 percent of people in Sierra Leone believed that Ebola has something political about it because some sections of the country are quarantined while others are not. Some also believe that the media is not reporting accurately the death rates in some of the areas.

But education efforts are helping, the report said: Sixty percent of the population now understands what the Ebola virus is, and 45 percent are volunteering to be tested for Ebola.

“Now I think because there’s so many cases, and because we have teams on the ground, most people acknowledge Ebola exists, which is actually a big step,” Stulman said.

But accepting that it’s real and accepting that revered traditions are spreading it is another matter. Rituals such as washing the deceased’s body – when it is most infectious – are not easily dismissed.

“There are a lot of traditions, especially around when a loved one has passed away, that are really difficult for people to give up, especially given how sacred that tradition is for people,” Stulman said. “We are seeing people taking precautions, but it’s hard. I followed a health care worker for a day, and people are engaged, but prevention is still a big issue.”

Infrastructure in a country that suffered 11 years of civil war is a factor in everything, including Ebola.

“In a place like the United States or a developed country, [the government] can respond in a robust way, quarantining patients, tracking patients,” Stulman said. “Here, it really is difficult. There’s rough roads and not enough vehicles. The needs are pretty enormous here because there are limited resources.”

A health care system that was already strained at best is now overwhelmed by Ebola patients, leaving people with other life-threatening conditions without care. And even when care is available, many people are afraid to use it, for fear of contracting Ebola.

These kind of barriers make even small things seem like big victories: Stulman recently tweeted photos of a woman who braved her fears of the virus to go to a health clinic, where she gave birth to a baby girl.

“The health system is so strained right now trying to deal with Ebola, it’s made it more difficult and more dangerous to treat non-Ebola issues. So it you break your leg, it’s difficult to go the hospital,” he said.

Stulman said Ebola has affected every aspect of life, not just healthcare access.

“A significant number of families rely on income from agricultural activities, but you’ve got farmers who’ve died or lost family members, and they’re abandoning fields or don’t have access to the fields anymore,” he said. “There are people who can’t sell goods, so they can’t make a living. I met a woman preparing rice – 10 cups of rice was all she could afford, but there are 15 people in her family and it wasn’t going to be enough.”

For a country where 70 percent of the population lives in poverty, any kind of economic downturn is devastating.

“. . . Some people were traumatized, some people suffered from lack of food and drink in their homes,” the report said. “The whole country came to a complete quiet; shops, markets and banks were closed down.  It was an indescribable experience. We thank God that experience is over, and we wish it will never be experienced again.”

Still, there has been progress.

“CRS has done emergency response all around the world, so we can use the expertise we have and scale that up and adopt it to the local environment,” Stulman said. “Teams been here for long time, so they know the community, and all that helps.”

But it’s also a major challenge.

Is Stulman hopeful? Or is it too easy to be overwhelmed by what he’s seeing?

“It’s a little bit of both,” he admitted. “I’m trying to stay hopeful. It’s inspiring to see what [CRS] is doing on the ground, at the same time it is a really difficult situation. It’s hard to see the light at the end of the tunnel, but I try get hope and inspiration from people I’m meeting with – they’re struggling but they’re resilient.

“I think we’ll get through this, but it’s going to take a lot of work. It’s hard to think about the suffering people have now and to know it’s not going to end right away,” Stulman said. “There’s an enormous effort right now, so I definitely see some hope from that.” 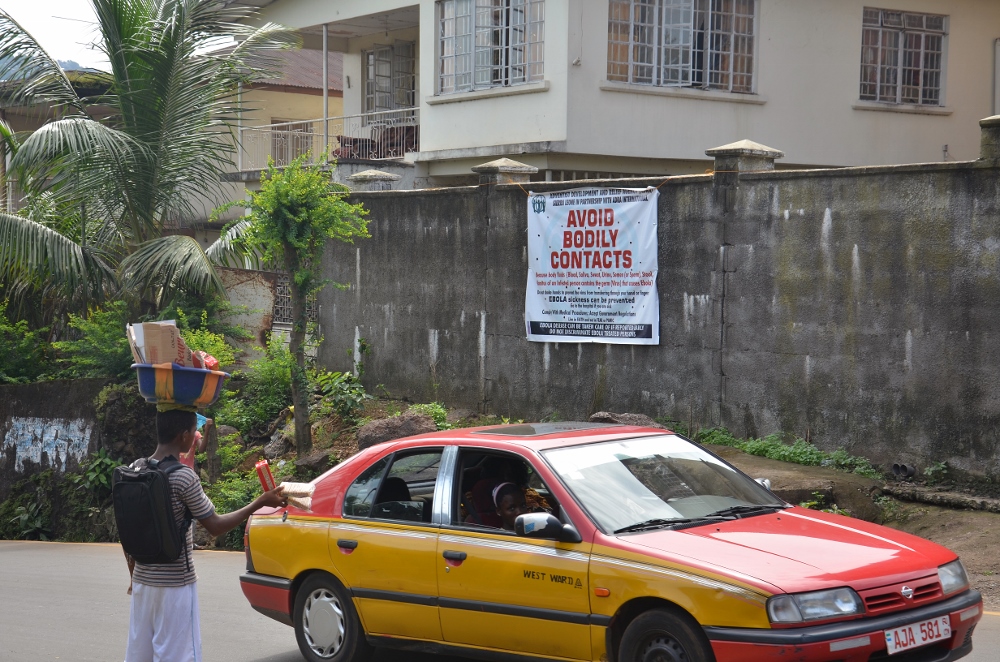 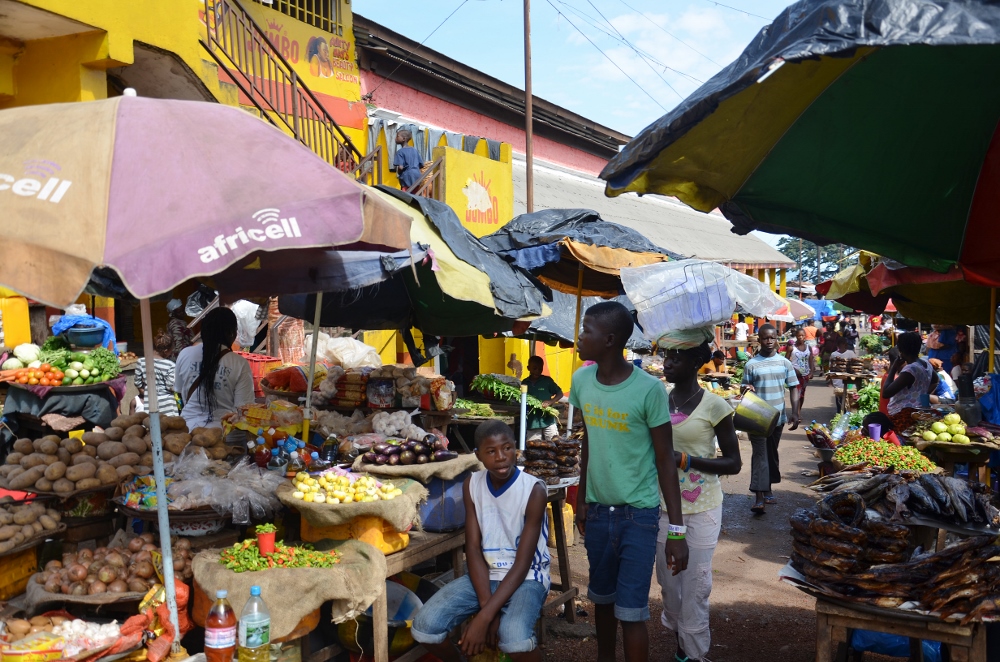 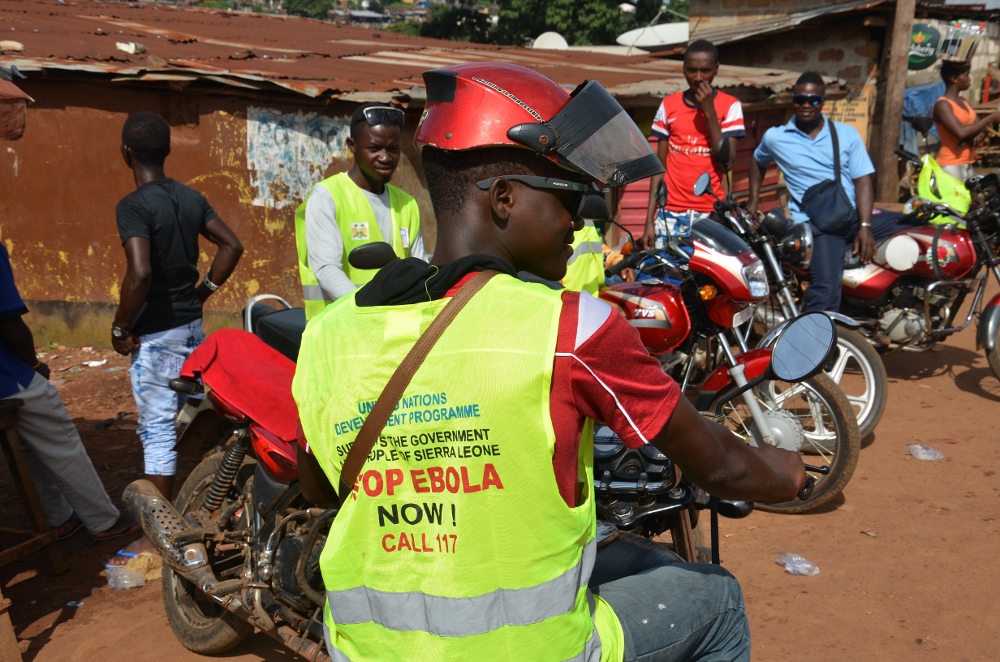 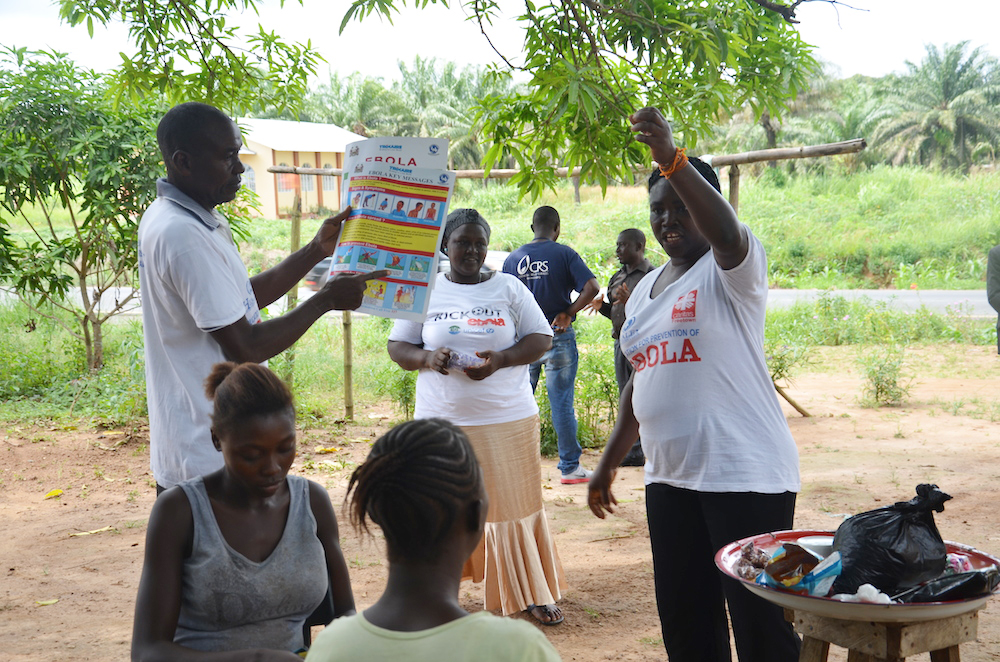 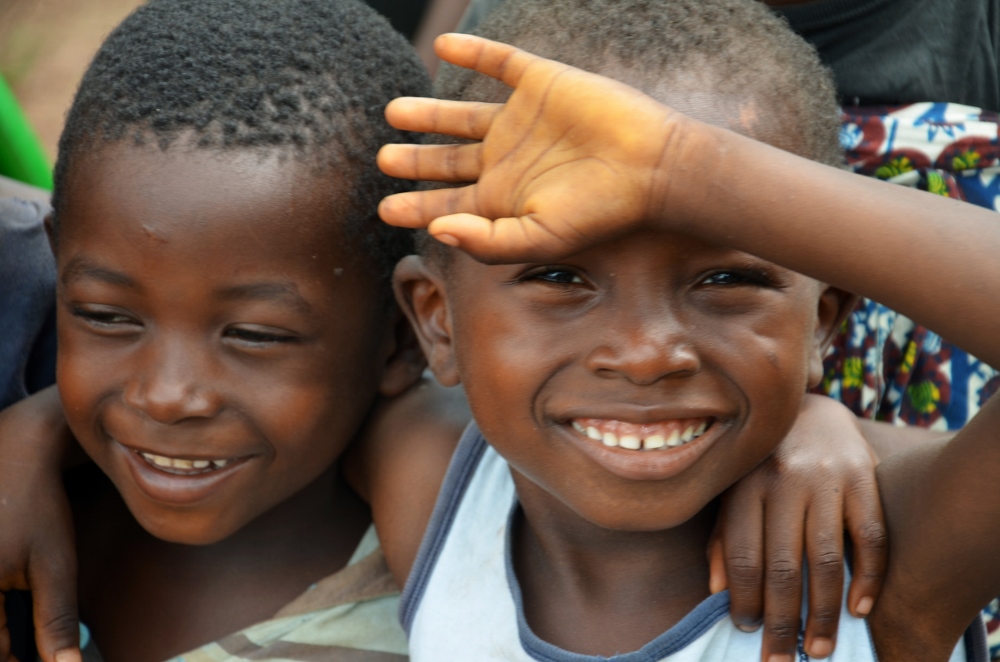