About two-thirds of the children in the island nation of Vanuatu – devastated by Cyclone Pam March 13 – need humanitarian aid, UNICEF reports.

Even worse, the agency says it has only about 15 percent of the money it needs to get life-saving supplies to them.

"Children – especially those in the hardest-to-reach islands - are in serious danger right now,” says Karen Allen, UNICEF Pacific Representative. “Access to safe water remains absolutely critical – with almost all islands in Vanuatu suffering from acute water shortages – while there is a significant risk of disease because of flooding, poor sanitation and limited medical care."

UNICEF is trying to ensure clean water, sanitation and hygiene and health services to families in Vanuatu and affected communities in Tuvalu, Solomon Islands and Kiribati. Vanuatu is off the east coast of Australia, between Fiji and Papua New Guinea.

Schools have reopened, UNICEF says, even though 80 percent of school buildings were damaged in Vanuatu and dozens were used as evacuation centers; teacher housing also was destroyed.

Officials say aid response is difficult and expensive, because Kiribati, Solomon Islands, Tuvalu and Vanuatu are made up of dozens of islands. Vanuatu alone has 83 islands.

Oxfam International reports that Vanuatu’s southern islands of Tanna and Erromango took the full force of the 155-mph cyclone.

Assessments of the outer islands found some areas had 80 to 100 percent of buildings destroyed. Getting humanitarian aid to survivors is critical to prevent further crisis:

“Friday night was the first emergency with the arrival of Cyclone Pam and the destruction it caused, disease will be the second emergency without clean water, sanitation and hygiene provision, and food shortages will be the third emergency because of crop devastation,” said Oxfam Country Director Colin Collett van Rooyen.

Five years after an earthquake struck Haiti, people are still suffering – and their suffering is sometimes compounded by efforts to rebuild, reports the Maryknoll Office for Global Concerns.

The quake killed up to 316,000 people and left 1.5 million homeless, and in its wake international donors committed $9 billion in aid.

And the efforts were not to just rebuild – Haiti was already the poorest nation in the Western Hemisphere – but to build better than before. So in addition to immediate humanitarian aid, there would also be economic development projects to improve Haitian’s lives.

But advocates say the humanitarian aid fell short – just 10 percent of the promised housing has been built in the areas hardest hit – and the economic development efforts in some areas have actually done harm.

How? Those seeing to build secured land rights from a Haitian government desperate for any kind of help, resulting in families being thrown off the land they were farming, with little or no compensation.

Action Aid says 720 farmers and thousands of others in the community suffered after the “seizure of the land and livelihoods” to build the Caracol Industrial Park. And the benefits have been much less than what was hoped for:

The original plan called for 65,000 new jobs linked to the project, but just 4,500 new jobs have been created in the two years since the Park opened. A report by the Worker Rights Consortium examining wage theft found "widespread violations of human rights" in Haiti. S&H Global, one of the CIP tenants, pays its employees $3.75 a day, with no wage increases since the new national $5-a-day minimum wage went into effect.

The experience in Haiti shows a new model for aid is sorely needed, the story says.

Finding the hidden in need

When the Caritas Iraq team arrived in Zakho, northern Kurdistan, to check on about 100 Yazidi families who had fled the persecutions and massacres of Islamic State militants, no one took much notice of them.

“Several organizations had previously come to see these families, asked them questions and promised to bring them aid. But since then they have never returned,” Caritas reports.

“So these abandoned families don’t believe in any possible support, and in part rely only on themselves.”

The majority of the families live in the underground garage of an unfinished building, crammed into the dark spaces separated by pieces of wood and cloth for privacy. The few bare bulbs attempting to light the area are a new luxury; until recently there was no electricity at all.

The team registered those in need and promised to return with supplies. But unlike others, the team actually did return, bringing hygiene kits filled with supplies such as soap, toothpaste, washing powder, washing-up liquid, sanitary towels and shampoo.

This is not to blame other agencies who failed to follow-through – Caritas notes that helping refugees in the area is extraordinarily difficult because they are scattered across the desolate landscape, making them difficult to find and difficult to get to once their found:

In Kurdistan, displaced families live scattered, sometimes very far away, and often unaware they can receive aid. A lot of referrals take place beyond the humanitarian coordination on the ground: by word of mouth, the various reports that may get to Caritas or other organizations enable aid to reach the most vulnerable people. While some camps are very well organized by the Kurdish government, the number of camps is far from sufficient to welcome everyone. People often have no other choice than to live in buildings under construction, and many other families, in any event, prefer to set up near villages or live near their own community, seeking security and a semblance of freedom.

Caritas notes the future looks bleak: The Christians who have fled have no desire to go home and only hope for a new life in exile. The Zadidis would like to return home, but will not until their safety is guaranteed, and no one knows when – or if – that will ever come. 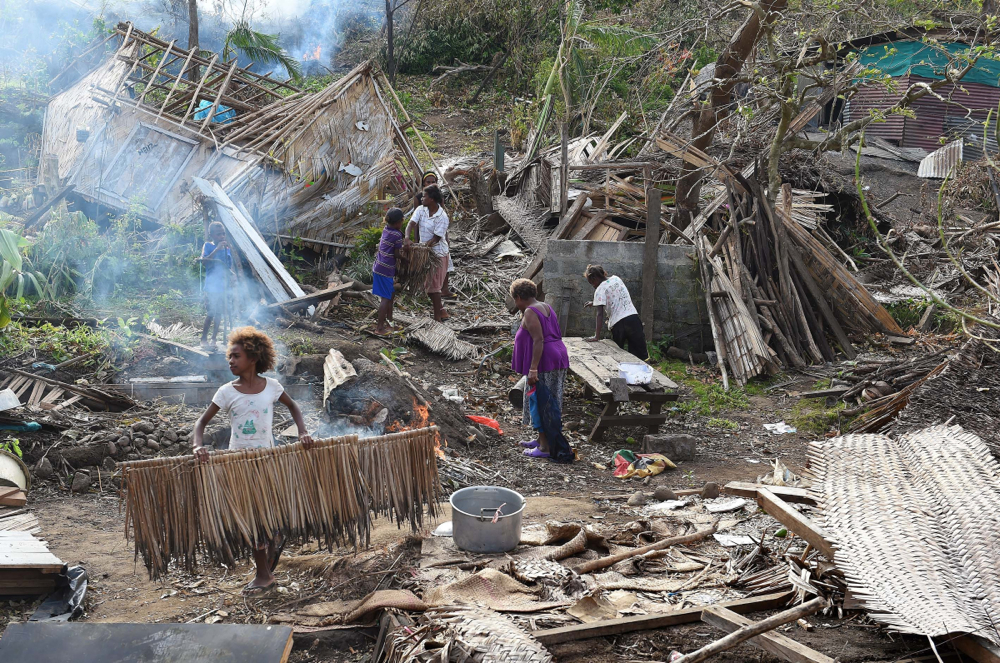