One-third of world's imprisoned women are in U.S. jails 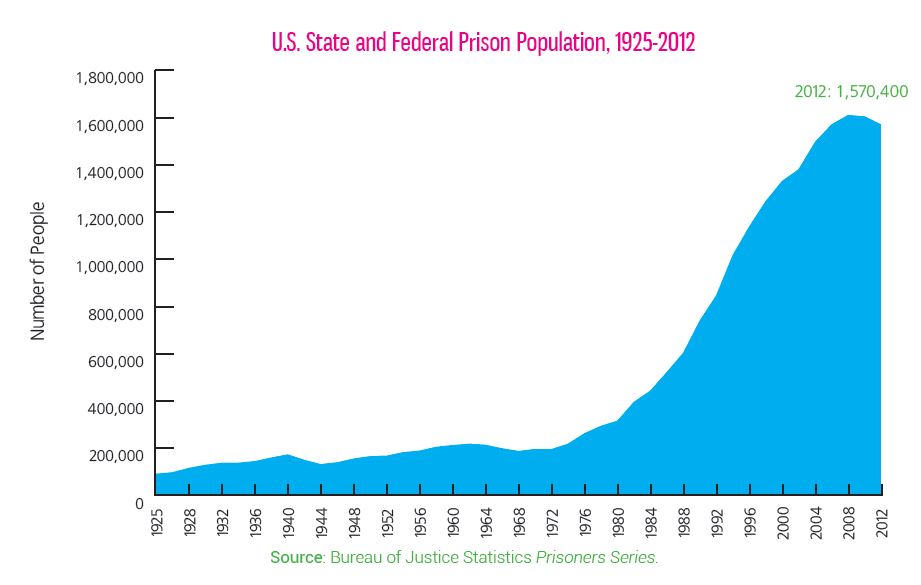 Mostly young. More than half are women of color. Most grew up poor with minimal education. Sometime in childhood or adolescence, most were sexually violated. Quite a few qualify for disability income. Deal with drug and alcohol addictions. Miss their children and babies.

That is how Benedictine Sister Barbara McCracken the author of “Something I can do,” our Justice Matters column this week, describes the women she meets weekly in a detention center.

The rate of incarceration in the U.S. has skyrocketed in the past three to four decades. It is nothing short of shocking!

Now the United States has the highest per capita imprisonment rate in the world, according to the International Centre for Prison Studies. 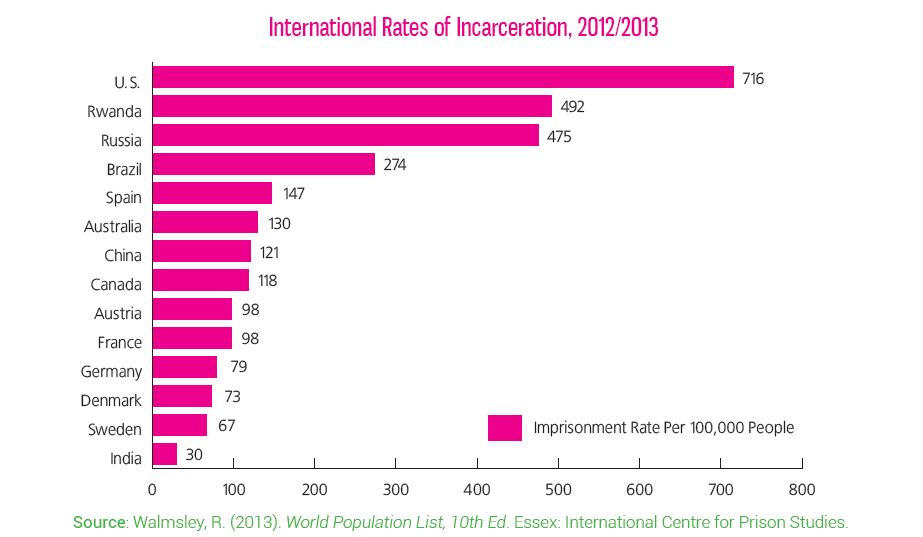 On April 30, 2014, the National Research Council of the National Academy of Sciences issued a comprehensive report, Growth of Incarceration in the United States: Exploring Causes and Consequences,  analyzing the reasons behind this alarming increase in incarceration. (The entire report is available on-line.)  Not surprisingly, in the survey of studies about prison populations, the report delves into all the factors and their cumulative effects that McCracken encounters: youth, race, poor education, addiction, mental and physical disabilities and lack of work experience. Some of the statistics contained within the report are quite startling: two-thirds of black male high school dropouts have a prison record by the time they are in their mid-30s.

The report concluded that the unprecedented rise in incarceration rates in the U.S. can be attributed to an increasingly punitive political climate which has resulted in policies that increase the length of sentences and require prison time for minor offenses and, especially, for drug offenses. Not surprisingly, the effects of these harsh policies have been felt most heavily by racial minorities, especially the poorest.

Most research about incarceration looks at men only. Although the number of women incarcerated in the U.S. is much lower than males, there has been a 646 percent increase since 1980, according to the report. In 2012, incarcerated women in the U.S. amounted to one-third of the total worldwide number. The consequences to children and families can be devastating. The National Research Council report states that one in 30 children born in 1990 had a mother incarcerated by the time they were age 14.

Not only is there not as much research on women and incarceration, the gender-specific needs of women have long been overlooked by the criminal justice systems around the globe. This led to the adoption in 2010 of the United Nations Rules for the Treatment of Women Prisoners and Non-custodial Measures for Women Offenders, otherwise known as the Bangkok Rules, which cover such issues as health and safety, treatment of pregnant women and mothers with children in prison. A guidance document and toolbox on the Bangkok Rules have been published by Penal Reform International, including the rules, their rationale, suggestions for implementation and best practices.

Other resources you may find of interest:

The Sentencing Project with a fact sheet (where the images here are from) on U.S. Trends in Corrections, including interesting graphs about women, racial disparities, youth and drug offenses.  The website also has a special section about women which includes links to news items and articles.

“In the U.S., Punishment Comes Before the Crimes,” an April 29, 2014, article by Eduardo Porter in The New York Times, takes a look at the trends in incarceration in the U.S. including raising the question of the role that the increasing inequality in income may play in the formation of punitive policies.

Holiday dishes up abundant views of gratitude, history and justice

The Spirit invites us to touch reality