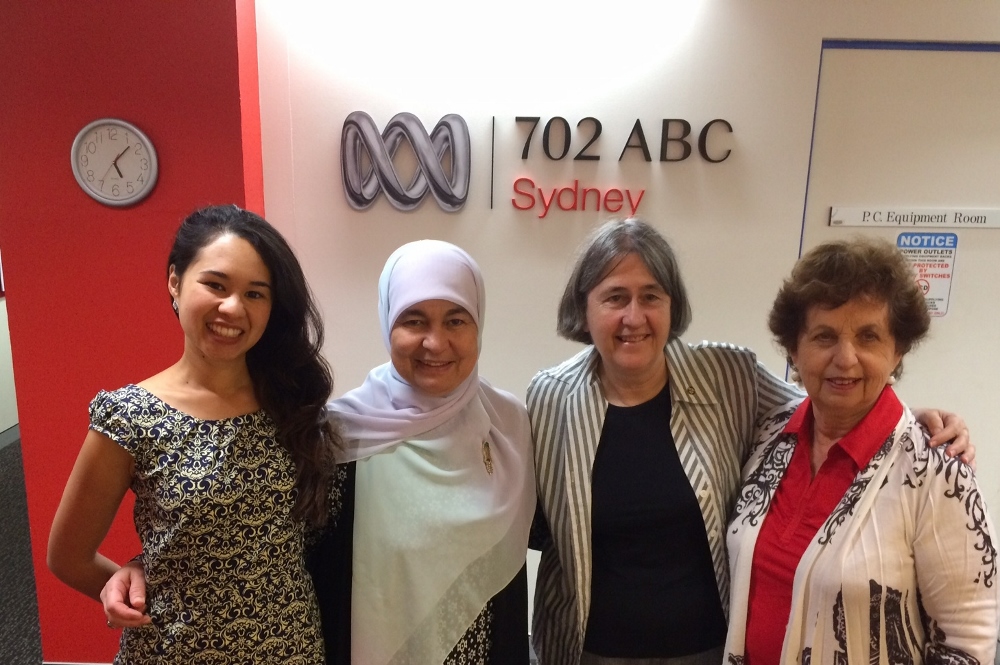 Saphira Rameshfar (who is Baha'i), Maha Abdo (who is Muslim), Sr. Trish Madigan and Robyn Lenn (who is Jewish) pose together at the ABC radio in Sydney after recording a program on Religion and Gender in Sydney in 2015. (Submitted photo)

Madigan has a doctorate in Arabic and Islamic studies from the University of Sydney, and she’s written extensively on the lives of Muslim and Catholic women, including the 2011 text Women and Fundamentalism in Islam and Catholicism. This month, Madigan chatted with Global Sisters Report about the importance of interfaith dialogue and women in religious traditions.

You’ve been doing interfaith work for a while. What initially got you interested in this kind of ministry?

I guess, growing up in the post-Second World War Australia. We were in the process of becoming a very multicultural society; we had waves of immigration coming in the 1950s and ‘60s from Italy and Malta and Greece, mainly, and then later on – in the ‘60s and ‘70s – we started to get Asian immigration.

We might be up there with Canada in terms of being the most multicultural country in the world. Just to give you some statistics, we’ve got 23 million people from 230 countries. They speak more than 190 languages, and they follow more than 100 religious faiths. And 44 percent – so that’s nearly half of Australians – were either born overseas or have parents that were born overseas. So we’re very, very multicultural.

I grew up in this changing world, and I was always very interested in the multiculturalism that I saw around me. When I went to university, I studied Asian history because I wanted to know about our region of the world, and through studying Asian history, I was exposed to other religions like Buddhism, Islam and Hinduism.

And then you moved into facilitating interfaith dialogue?

I had an opportunity to go and study overseas in the late 1990s, and I decided I wanted to do theology in a context – not just theology as an isolated discipline. So I went to Dublin, to the Irish School of Ecumenics. Then I also spent time in Jerusalem at the Tantur Ecumenical Institute. I specialized in Muslim-Christian relations because our nearest neighbors are Malaysia and Indonesia, and Indonesia has the biggest Muslim population anywhere in the world.

When I came back to Australia, I was offered a job in the archdiocese of Sydney as the director of the office of ecumenical and interfaith relations, which was just perfect for that I had studied. Then September 11 happened and suddenly the Muslim community in Australia was under the spotlight, and people were asking, “Who are these people? What do they believe?”

The Muslims asked our office to work with them; they saw the Catholic church as a place where they could get some kind of support. We started working very intensely with Muslim groups and Christian groups – not only the Catholic church, other churches as well. We tried to help people understand Muslim-Christian history, and so interfaith dialogue really took off in Australia because it was becoming important for social reasons as well as interreligious reasons.

Was there really an Islamophobic backlash to 9/11 in Australia?

Yes. I was sitting in my office in the archdiocese of Sydney one day and a Muslim leader walked in and told me about the kind of Islamophobia his people were experiencing: people spitting at them, women being attacked in the car park. People would come and rip a woman’s veil off.

He was asking for support from the non-Muslim community, and every diocese had an office of interfaith relations, so the Catholic church was set up perfectly to be in communication with different Muslim leaders who were concerned about the welfare of their own people. So it all went together. 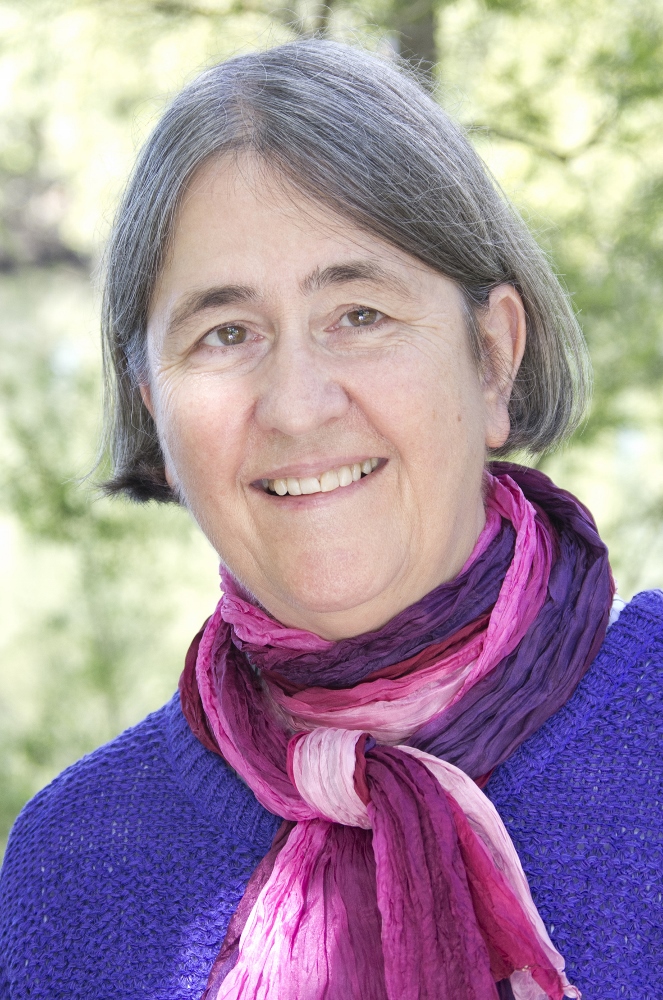 How does that interfaith dialogue work? I mean, obviously there are some tenants of the Catholic and Muslim faith that are mutually exclusive. How do you work together knowing that there will always these differences?

But in my experience, I’ve learned more about my religion since I started doing interfaith dialogue – and Muslims and Buddhists say the same thing to me. I think what happens in interfaith dialogue is that you’re put in a position where you are asked to explain things to somebody else that you haven’t explored very much yourself. You take it for granted in your own religious tradition, but suddenly you have to explain it to someone.

So I’ve found that I’ve actually grown in my knowledge of my religious tradition, and I’ve also become more confirmed in my belief as a Christian by doing interfaith dialogue. I think people who have concerns about people losing their faith or being confused haven’t had their own experience of dialogue.

Let’s talk about dialogue a little more. You wrote a book about Catholic and Muslim women that stemmed from an interfaith women’s group, right?

Do you think there’s a universal challenge that all women of faith face in their religious traditions?

I think we, as Muslim and Catholic women – and I think it’s the same for women in most nearly every other religion – we find that our religious tradition has been defined for us over the centuries. But it’s been men defining women. Certain groups of men have defined what women’s role is in society, what their nature is and what their contribution is – usually as mothers. And so there’s been a failure to recognize that women’s lives are multidimensional and that women have enormous ways of contributing to society. And it’s interesting that women are being defined, but the religions don’t sit around defining men and their role – that’s just seen as taken for granted, and women’s role has somehow got to be discussed and defined.

And I think this is what’s happening in the Catholic church at the moment. Women are saying that their gifts are needed at all levels of the church – not just at the parish level or in looking after the flowers on the altar or something. Women have got gifts in leadership that aren’t being used by the church.

When you move out to the secular world, you find there are Muslim women leaders in government offices, there are Catholic women leaders in government offices – in Australia, we’ve had a woman prime minster and a woman premier at the same time. So we’ve seen women in leadership and now women everywhere are saying, “Why can’t we have this kind of leadership in the religious world as well?” 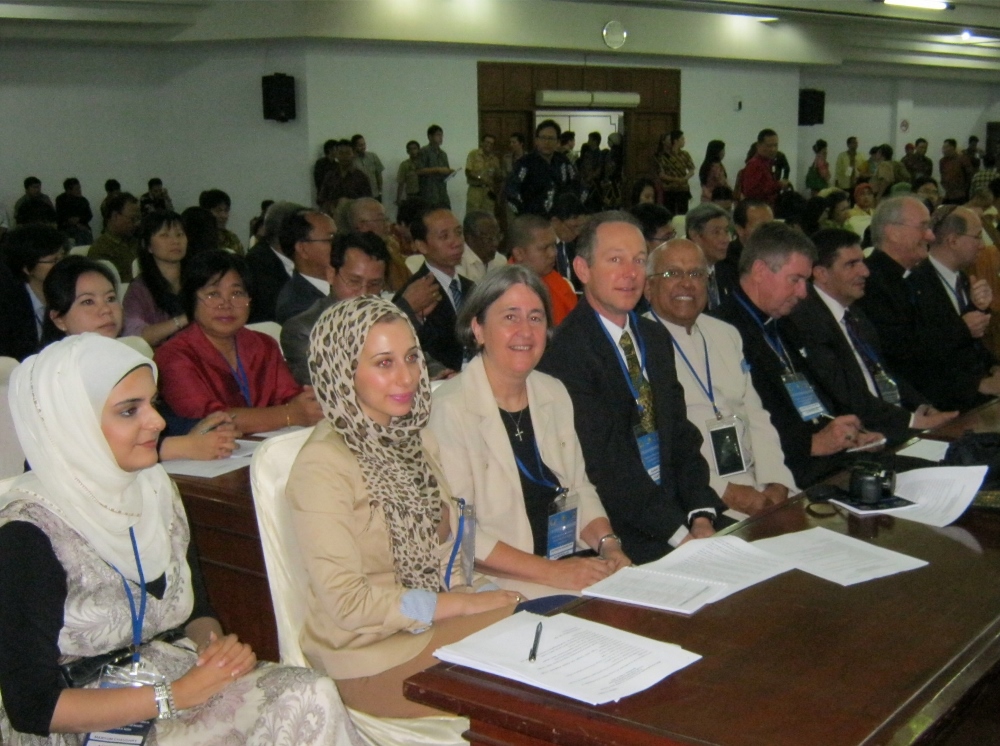 I think that sometimes people say interfaith dialogue doesn’t work, or that it’s just something these bleeding hearts get involved in. But I think when different segments of society work together, it’s a very strong experience. You need people at the grassroots to be involved as widely as possible, you need religious leaders to be involved and then you also need government support and involvement. So there’s three levels, and in countries where it’s not working, I have usually found that one of those dimensions is missing – either leaders are talking to each other without the grassroots, or the grassroots are involved but the leaders are not. There’s always a dimension missing.

Poems and pilgrimages: finding pieces of myself

Catholic cognitive dissonance in the age of Trump