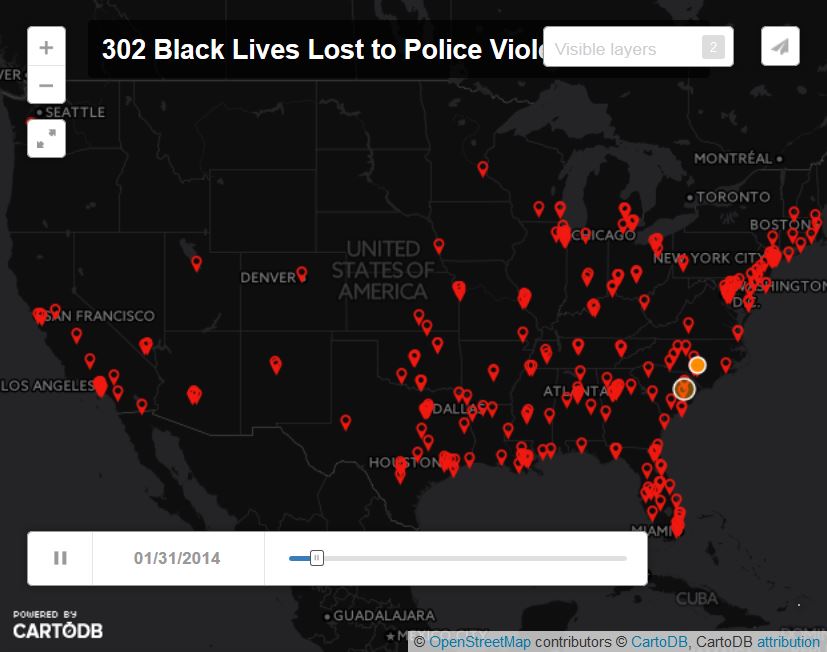 Screenshot of timelapse map by The Atlantic's City Lab. (CityLab.com)

Last week, the U.S. Department of Justice released the findings from its investigation of the police department in Ferguson, Missouri. The St. Louis suburb became the topic of national conversation last summer when an officer shot and killed an unarmed black teenager named Michael Brown.

Although the Justice Department did not find strong enough evidence to indict the officer who killed Brown, they did find many problems with the Ferguson Police Department and the municipal court system. According to the report, the police unfairly target black residents who are then subject to a variety of abuses.

The report was shocking, although not everyone was equally riveted to the news. According to a poll conducted by the Pew Research Center, interest in the Ferguson report was split along pretty clear lines. 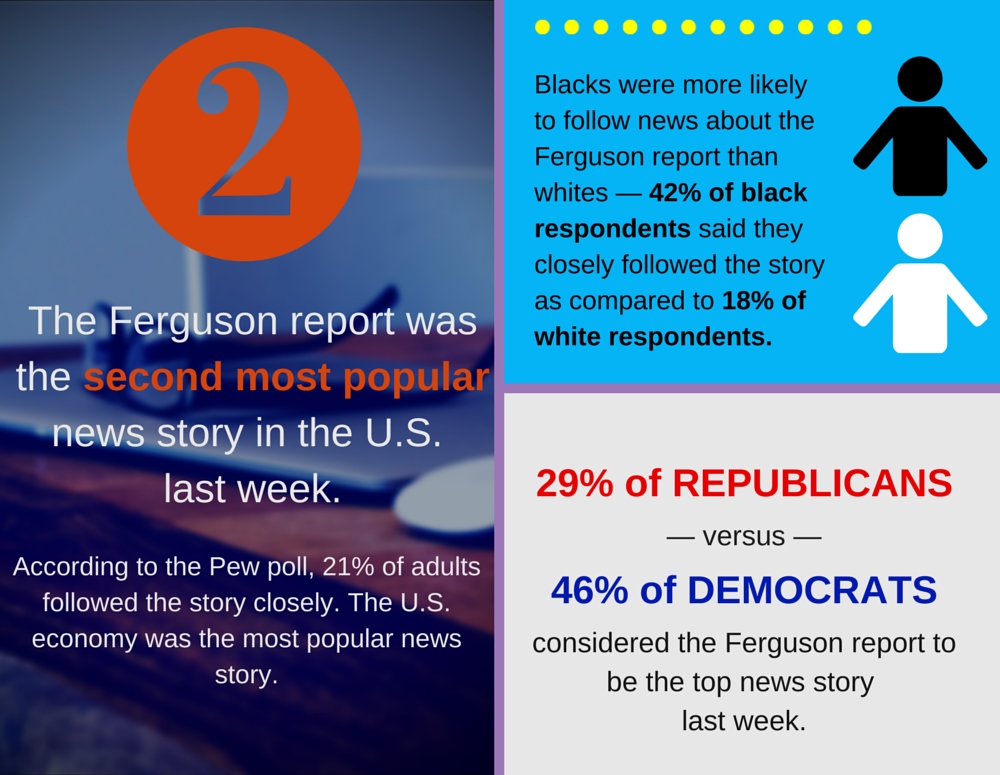 Infographic created by Dawn Cherie Araujo using Canva.com and with data from the Pew Research Center.

This timelapse map (click and scroll down) from The Atlantic’s City Lab shows the how police violence against black Americans unfolded in 2014.

What it's like to work in anti-racism and equity

Protest good for the soul