As thousands of people met, planned, discussed and took part in happy hours in San Francisco on Sept. 12 at the beginning of the Global Climate Action Summit, I sat in the vaulted sanctuary of Grace Episcopal Cathedral with hundreds of people for two and a half hours of prayer.

The Global Climate Action Summit's "Multi-Faith Service of Wondering and Commitment" was the most impactful and crystalizing event for me from the Global Climate Action Summit. This is not to diminish the important work and announcements of the mayors, companies, governors and others committing to specific emissions reduction goals, and the highlights of technologies and tools.

Nor does this neglect the voices of indigenous and other people protesting outside of the official convention center to demand that rich nations address the disastrous policies and business trajectories they have in place to profit from fossil fuels.

In 2009, I attended the U.N. international climate meeting in Copenhagen, Denmark, which was disheartening to say the least. In 2015, I took part in the Paris climate meeting, where Christiana Figueres, then executive secretary of the United Nations Framework Convention on Climate Change, led 195 nations to a Paris climate agreement. Both were worldview-altering experiences. I welcomed this California event in light of our country's federal neglect of the most critical issue of our time.

I just experienced an intense summer of drought, forest closures and daily smoke from fires in New Mexico and other parts of the West. I have been reading the news of disastrous and unprecedented floods in India. Even during the Global Climate Action Summit, Mother Earth has been sending us wake-up calls of typhoons in the Philippines and Hurricane Florence in the Carolinas.

We have been working tirelessly with so many ordinary people of faith and conscience to defend methane pollution rules for oil and gas extraction, to educate and act to limit fossil fuels while expanding renewable energy. And at the same time, we have been experiencing the daily dismantling of ecological protections by our government — I needed to reflect with others on this spiritual climate crisis!

I spent Sept. 12-14 at the Global Action Climate Summit Faith-Rooted Affiliated Workshops organized by Interfaith Power and Light, the Episcopal Diocese of California and Green Faith, and at a special Friday afternoon session at the University of San Francisco, organized for Catholics by the Global Catholic Climate Movement.

Aptly, the Jewish new year (Rosh Hashanah) — a time to take account of failings, commit to conversion and begin again — coincided with the climate summit. I was reminded of St. Francis of Assisi's comment near the end of his life when he viewed the disarray of his community and a world gone awry. "Let us begin now to follow God. Up until now we have done little or nothing."

All of us are in the global climate crisis together. Up until now we have done little or nothing. Consider: Using 2015 numbers from Oxfam, the economically top 10 percent people on the planet (730 million) are responsible for 50 percent of greenhouse gases, while the poorest 3.5 billion people account for just 10 percent of the emissions. Ours is a St. Francis and Yom Kippur (atonement) conversion moment to love in action.

The multi-faith service Sept. 12 surrounded me with music, chant, prayer, dance and practical commitments from diverse cultural faith expressions in the call to love, wonder and action. The world visited us through culture and religious expressions of Christians, Jewish, Indigenous, Buddhist, Sikh and Muslim faiths. As green leaves fell from the "heavens" of gothic arches above, I wondered at this moment and this greatest call in our time to give our hearts and lives for the future of life on Earth.

But the images that scratch at my soul were the mystical green stilt-walking human trees, waving their leafy arm branches, leading processions and appearing at various moments as a "shuttle" weaving the entire service together.

Maybe I need to become the tree. Maybe we need to realize that we are not looking from the outside in — we are the trees within a sacred forest. We are the trees that see over and through cacophonies of denial and inaction. Maybe we need to know that we are a vowel or note within the cry of the poor; and we are a feather, bone or leaf in the cry of the Earth. At the same moment, we are more than the tears in which we find ourselves washed. We are the beauty and part of the expressions of wonder, awe and love that move our collective heart to radical revolutionary action.

At the deepest level I believe the ecological crisis is a spiritual, soul, and ethical crisis. Laudato Si': "On Care for our Common Home" quotes Pope Benedict XVI as saying: "The external deserts in the world are growing, because the internal deserts have become so vast."

Fr. Augusto Zampini Davies, who works at the Vatican Dicastery for Integral Human Development from the Vatican, spoke at the meeting and emphasized common action that integrates networking, actions and interfaith work to redefine how we live. Referring to Laudato Si', he said it is not a document, but a prayer that can educate a new creative narrative through critical thinking and imagination toward a cultural revolution. "Without a cultural revolution, there will be disaster."

Near the end of the multi-faith service, Patricia Espinosa, current executive secretary of the United Nations Framework Convention on Climate Change challenged those gathered: "Climate change is the defining issue of our time," she said. "We have one choice and it is either yes or no. We must do it together." 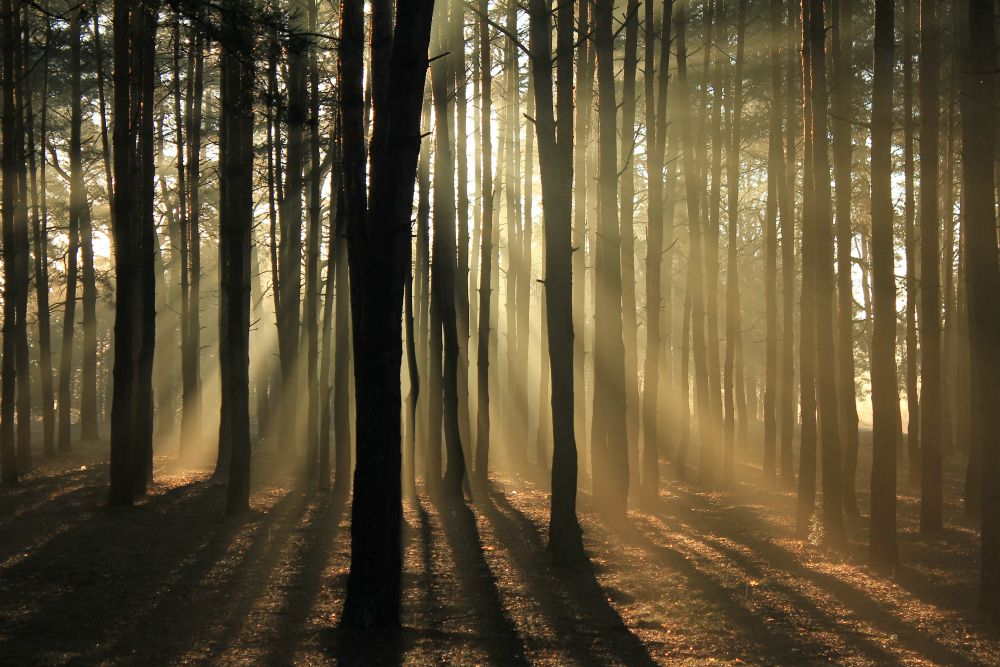