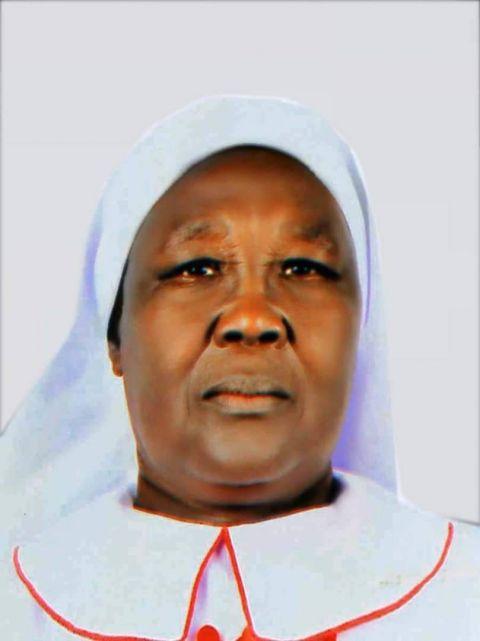 (Courtesy of Friends in Solidarity)

On Aug. 16, 2021, two South Sudanese sisters were ambushed and killed by gunmen along a highway as they traveled to their convent from an event. Sisters Mary Daniel Abut and Regina Roba of the Sisters of the Sacred Heart archdiocese in Juba, South Sudan’s capital, were traveling in a bus together with seven sisters and five men. They were en route to Juba after attending centenary celebrations at Loa Catholic parish in the Eastern Diocese of Torit when gunmen stopped their bus, forcing the sisters to flee into the bushes. The men pursued and shot the sisters together with two other people. Abut died en route to the hospital. She was the administrator of the congregation’s Usratuna Primary School in Juba and had also served as superior general of the congregation from 2006 to 2018.

The sisters’ deaths were a shock to many Catholics across the world and South Sudan. The East African country had been experiencing its longest stretch of peace. In memory of the nuns’ contributions to the church and their communities, a four-day mourning period was announced by the Juba Archdiocese on Aug. 17, 2021. Cardinal Pietro Parolin, the Vatican Secretary of State, passed on the Pope’s condolences stating that he was deeply saddened to learn of the brutal attack and offered his condolences, prayers, and blessings to the sisters’ families and friends. The sisters were buried on Aug. 20, 2021, at the St. Theresa Cathedral in Juba.