Listen ... You hear it at first very faintly. The chirp that signals the birds are returning, having escaped the cold of a Midwest winter. Not yet dawn, the conversation continues to get louder among the treetops. Once in a while, when I am lucky, an alcove outside my window is the chosen spot for a family. Its nest becomes the source of new life and new sounds.

Listen ... Spring is a time for listening ... morning dew sweating, leaves unfurling, earth rustling underfoot making room for new seeds. Perhaps it is no wonder that when Lent was placed on the calendar it hugged the months considered spring in a good part of the world. I sense Lent invites us to listen.

We listen to the story of Jesus.

Jesus was a wisdom teacher wanting to speak through stories, metaphors and parables. If you heard only his words you did not really listen. His parables invite us to listen with a whole different consciousness. Jesus turned things upside down when he spoke about who belonged, what was fair, how we forgive. Jesus asks us to see from a sense of wholeness and a place of abundance, rather than from a sense of separation and a place of scarcity.

Listen to the silence as Jesus comes before Pontius Pilate.

That silence signals the fullness of Jesus' life. His silence holds his consistent living out of a vision of nonviolence, peace, compassion and love, which greatly threatened those in power. It is a silence of fullness. It spoke volumes as Pilate sensed that this man was not a criminal. Silence was the language of strength as Jesus stood ready to meet the consequences of having lived what he believed.

Listen to the words of Jesus on the cross.

"Father, forgive them for they know not what they do." Simple words of forgiveness that continue to reverberate today, inviting us to embrace Jesus' radical vision. Words that are so difficult to utter. Too often, we hear ourselves say: Let them admit their guilt; they need to make reparation; they need to pay for what they have done; how can I forgive them.

We listen to what is happening in our world and on our planet.

Listen to those at the Mexican-U.S. border.

Listen to the cries of refugees.

Approximately 68.5 million people were driven from their homes across the world last year due to war, violence and persecution, according to a report from the United Nations' refugee agency. They did not choose to leave. They were forcibly displaced. Neighboring countries set up camps for them and many are overflowing. Children are born and grow up in the camps. For many, there is no timeline for ever returning to their homeland.

Listen to the cries of our Earth home.

These last weeks, our Earth has spoken strong words with wind and water. Cyclone Idai devastated Mozambique, Zimbabwe and Malawi. The destruction is immense and the deaths are estimated to be in the thousands. Areas of the country are no longer habitable. Here in the United States, major flooding has destroyed crops, animals and farmers' livelihoods in the Midwest. Storms are becoming more frequent and more intense. The Earth signals a future of greater weather shifts increasing the number of climate refugees throughout our world.

Lent is a time of listening ...

Take time to listen to how you respond to what you just read. Listen but do not simply hear. Listen, rather, with a contemplative heart. Take time to pause and to listen in new ways. Sense how what you hear points to a deeper reality. Be aware of how what you hear is amplified in our lives, hinting at the future. Listen from your heart as an organ of knowing, offering you a space to pause and hear in new ways.

Take time to listen this Lent.

[Nancy Sylvester, a Sister, Servant of the Immaculate Heart of Mary of Monroe, Michigan, is founder and director of the Institute for Communal Contemplation and Dialogue. The institute's current program is "Enter the Chaos: Engage the Differences to Make a Difference." For information, go to www.iccdinstitute.org.] 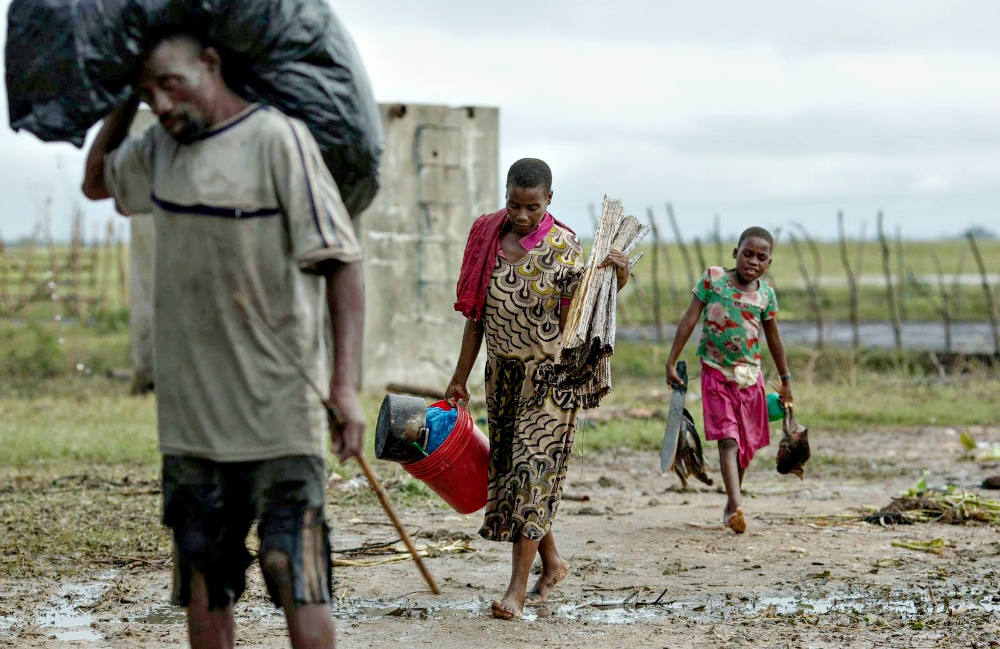