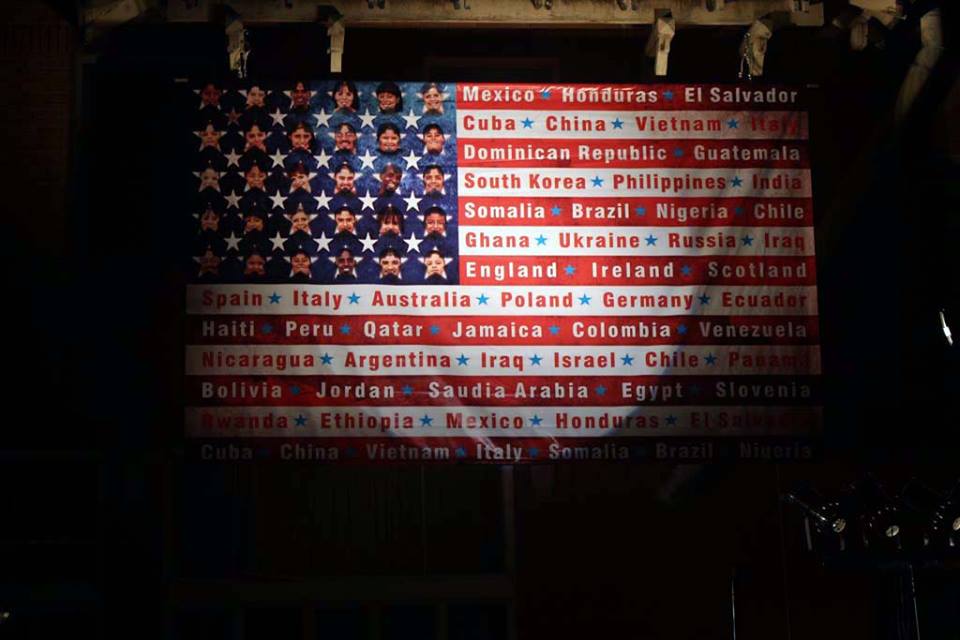 Although the flood of Central American refugee families arriving in El Paso this past summer has now dwindled to a slow but steady trickle, the local border community remains committed to raising a robust call for comprehensive immigration reform. To that end Annunciation House, the lead organization coordinating the humanitarian response in the city, hosted a convocation outside the shelter on Saturday evening, Oct. 11. Almost 500 people turned out for the program that included a reflection on immigration and faith by El Paso Bishop Mark Seitz as well as comments by County Judge Veronica Escobar and U.S. Congressman Beto O’Rourke.

A panel of immigrants and refugees gave testimony to the situations of violence they fled and expressed gratitude to the people who have offered them welcome and assistance in the United States. One woman and her family came from the Valley of Juarez, a short distance from El Paso, seeking asylum when numerous family members were attacked and threatened by drug traffickers. Another wept as she described the perpetual fear of deportation and the heartache of separation from her mother for more than a dozen years. Elvis Garcia Callejas, now a U.S. citizen, came from Honduras as an unaccompanied minor. He stayed at Annunciation House in 2006. Now he works as a legal representative for immigrants with Catholic Charities in New York.

Videotaped messages from local business leaders, healthcare providers, artists and activists challenged President Obama to take executive action, given the political gridlock in the legislative branch. From diverse perspectives the call was the same: “Reform our broken immigration system.” The current situation is not acceptable – for children, for families, for municipalities, for businesses. This message was anchored by the presentation of statements from six communities of faith: Buddhist, Evangelical Lutheran, Baha’i, Jewish, Muslim and Presbyterian. Foundational themes from each faith tradition were consistent in affirming the dignity of the stranger and calling their congregants to a compassionate response. 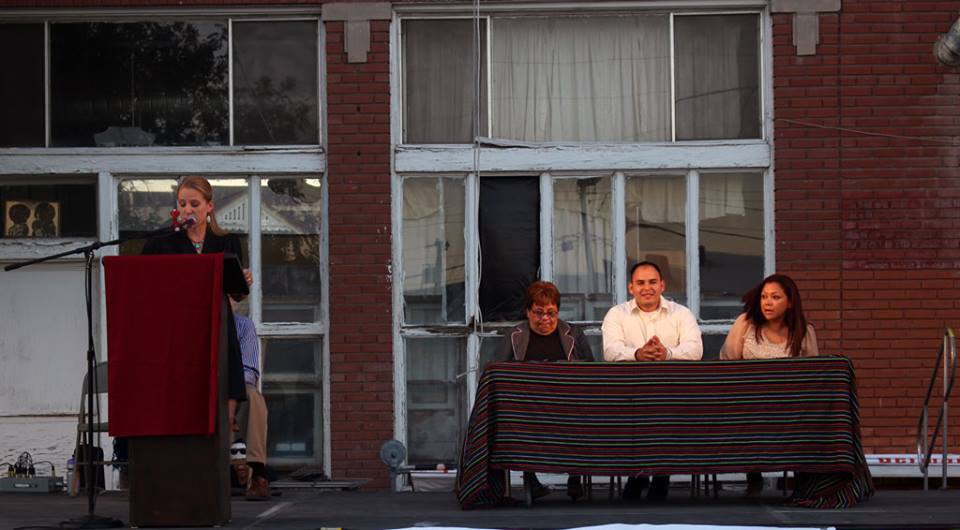 While “America the Beautiful” was sung, a United States flag was raised beside the front door of Annunciation House. Each stripe of the flag was inscribed with the names of countries whose citizens have received refuge and the 50 stars bore faces of immigrants. Throughout the program the guests and volunteers of the shelter passed in and out of the door, a testimony to the ongoing work of welcome that is the ministry of Annunciation House.

The demands of the convocation for immigration reform, the end to detention for families, protection of legal rights and granting of refugee status to children were read by attorney Nancy Oretskin, Director of the Southwest Asylum Migrant Institute.

An inspiring “call to action” was delivered by Fr. Arturo Bañuelas, pastor of St. Mark’s Catholic Community. He challenged everyone to remember that comprehensive immigration reform is possible because “We believe and we have hope!”

The chant pierced the night until, in a final climax, the poem “The New Colossus” by Emma Lazarus was read and a twelve foot Statue of Liberty was illuminated atop Annunciation House. Yes, give us “your tired, your poor, your huddled masses yearning to breathe free!” We lifted our little torches in the night outside the not-so-golden but ever-welcoming door of Annunciation House. Then we headed to the tables to sign petitions with the demands of the convocation, confident that change is possible because, “We believe and we have hope!” 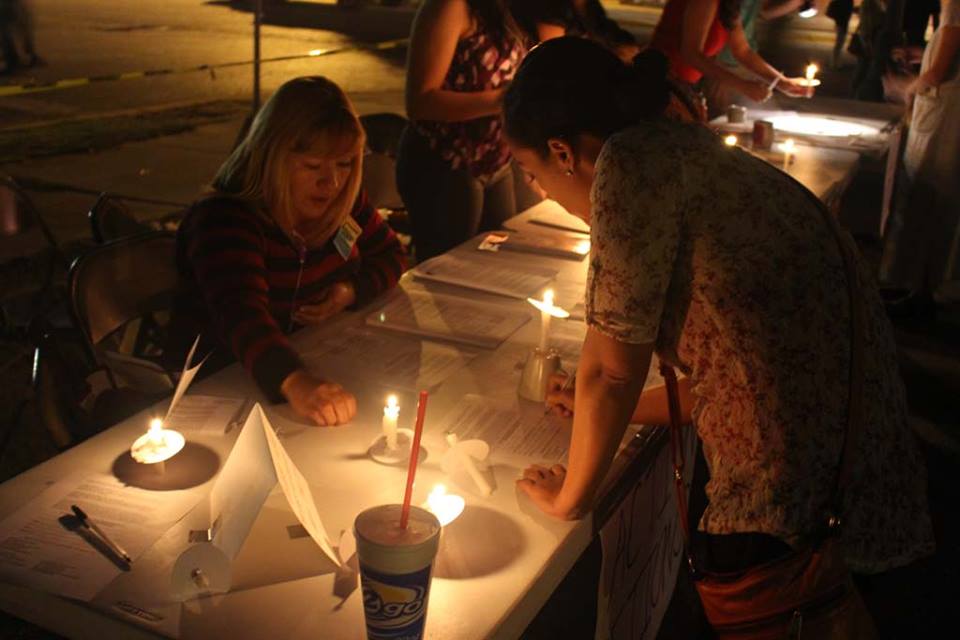 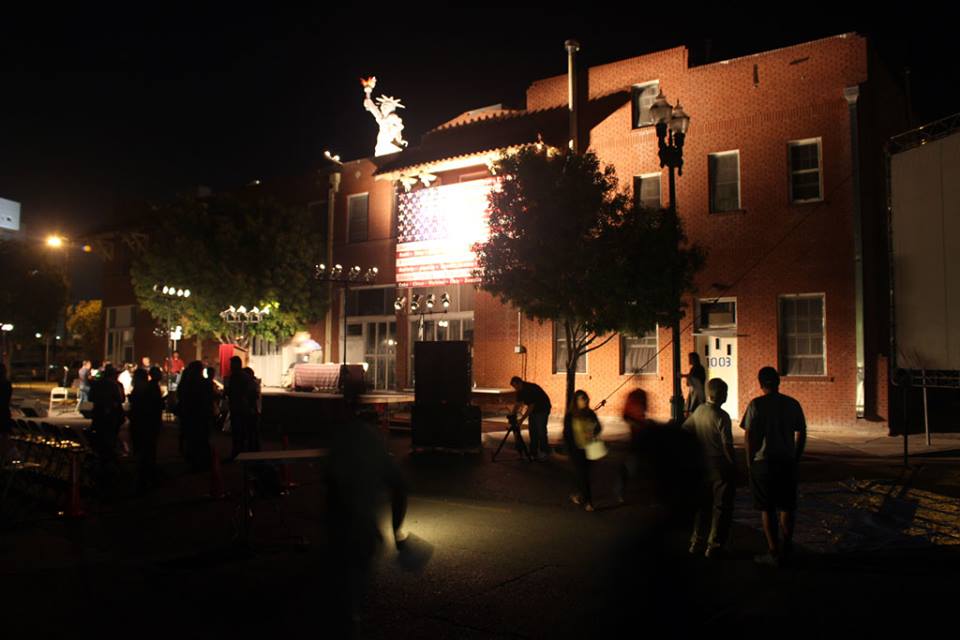 An encounter with a Dreamer