I received an email request for volunteers on the Friday afternoon before Mother’s Day from Ruben Garcia, director of Annunciation House for immigrants and refugees in El Paso, Texas. Immigration and Customs Enforcement (ICE) had detained 40-some mothers and fathers with children whom they would be processing for release on Sunday, May 10. They contacted Ruben to ask if they could bring them to Nazareth.

No explanation was given for the special processing of such a large group of refugees on Mother’s Day weekend. Seen in the best possible light, it was good that they were not being transported to the large and increasingly controversial family detention facilities in Dilley or Karnes, Texas. Perhaps this release in El Paso was a sign that those camps are winding down? Ruben’s email acknowledged that it would be a challenge to get volunteers on short notice, especially with family celebrations planned for Mother’s Day. But with a deep conviction that none of these mothers, fathers and children belong in detention at all, there was never a question of refusing them welcome.

Ever since last summer a vacant section of the Sisters of Loretto Nazareth Hall nursing home has provided temporary shelter to a small but steady number of refugees, mostly from Central America and certain parts of Mexico hit hard by drug cartel violence. The project is coordinated by Annunciation House with a broad network of volunteers. Ordinarily ICE releases groups of fewer than 20 people on Mondays and Thursdays, days when arrangements for transportation to reunite them with family members can be accomplished quickly. Any who cannot be moved, occasionally because another family member has been placed in the local adult detention facility, are transferred to Annunciation House, and Nazareth closes for the weekend.

Welcome is the pervasive atmosphere at Nazareth. To be sure, a well-designed system moves the guests efficiently from initial intake to clothing or transportation needs to a family bedroom, showers and a hot meal. Volunteers emphasize that Nazareth is not detention and guests are free to leave at any time, but it is a safe place to rest where people are willing to help them find the way to their destination.

ICE kept its promise and delivered 41 people to the shelter by noon on Sunday. My assignment from 4 to 10 p.m. was to work the cell phones provided to contact family members with information about arranging transportation. Before being released from ICE, each refugee must provide the name, address and phone number of the person with whom they will be staying while awaiting the hearing for deportation. Those contacts were expecting our calls, and we directed them to purchase a bus or plane ticket and then call us back with the confirmation number for travel.

There was inevitably confusion about exactly where their family members were and what city they would need to depart from: “El Paso, Texas. No, not Houston. No, not San Antonio. El Paso, Texas.” The destinations of the travelers were literally from coast to coast, in small towns and major cities. For those traveling by bus the journey would take several days and require multiple transfers. There were also important details about the departure times that our volunteer drivers could accommodate, and how to wire additional money for food while traveling. The instructions were given in English and Spanish, and occasionally it took several calls before we had a confirmation number for travel. Before ending the call we offered an opportunity for a brief conversation with their family members and those were frequently in unfamiliar indigenous-sounding dialects. Even then, the tone and facial expressions I noted were serious, guarded and anxious.

The reason for reserve became clear when I heard stories of the journeys the refugees had taken and the circumstances that led them to leave everything behind in search of safety and to reunite with family. As bad as the gang violence has become in Honduras, Guatemala and El Salvador, it is being superseded by the violence against immigrants in Mexico. During the surge of refugees last summer, U.S. pressure mounted on the Mexican government to seal its southern border. “The Beast,” a name given to freight trains that were a major vehicle for immigrants heading north through Mexico, now has checkpoints and frequent raids by Mexican immigration authorities supported by federal and military police. Buses are also routinely searched and documents of travelers are checked. Shelters run by church groups have been targeted for raids as have hotels and restaurants in towns along the migrant trail. Volunteers report that the incidence of rape and assault has increased dramatically among those coming to the shelters and that traveling on foot is now one of the safest options.

Once reaching the northern border of Mexico there are even more dangers. Many migrants get off the buses 20 kilometers south of the city for fear of gangs and immigration patrols in Juarez. But two young mothers told me that the taxi that brought them to the international bridge drove off with all their belongings. Apparently this is now a common practice among the “mafia” of taxi drivers who prey upon such obvious targets. Others report being held hostage in supposed “safe houses” in out-of-the-way border towns until their families wire additional money for the coyotes-turned-captors.

All of this was running through my mind as I drove home from Nazareth on Mother’s Day. How terrible it must be to leave violence and find more violence and worse danger? How sad then, to be taken into custody by ICE, to wait for days in a holding cell, to be unsure about what will happen next, and to have lost even the few possessions you had with you at the start of the journey. The phrase that immediately came to mind was “adding insult to injury.” Then I remembered the children’s smiles, full of spaghetti prepared by a local parish (Mother Cabrini Catholic Church, of course!). I saw again the tired faces that lit up as they talked in their native dialects to family members. And I pictured the red roses that I saw lying on the neat little cots in each mother’s bedroom. Mary and Joseph, themselves weary travelers in a foreign land, would be happy with the welcome provided at Nazareth in Jesus’ name. 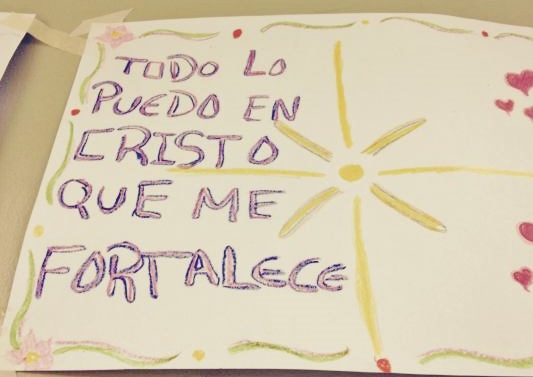 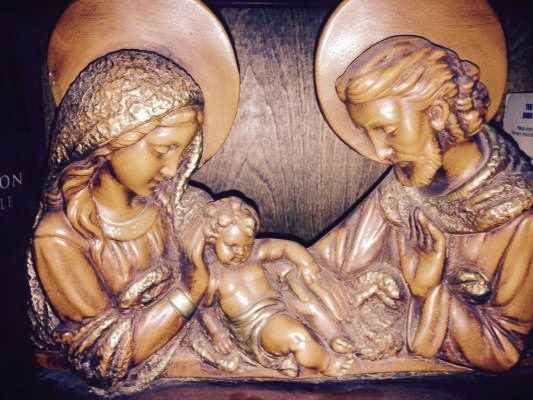